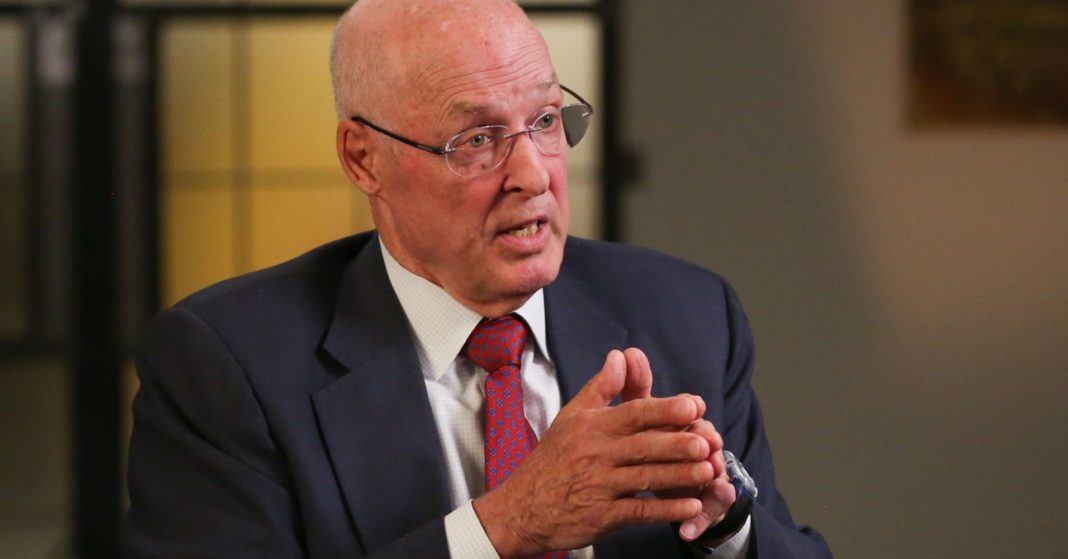 A new cold war is brewing between China and the U.S. if both nations don’t take steps toward reconciliation, former Treasury Secretary Henry Paulson warned in a speech that painted a bleak picture of the future between the two sides.

In remarks delivered Tuesday, Paulson, who helped guide the country out of the financial crisis and also served as Goldman Sachs CEO, warned that “big parts of the global economy will ultimately be closed off to the free flow of investment and trade” should the impasse continue.

“And that is why I now see the prospect of an Economic Iron Curtain — one that throws up new walls on each side and unmakes the global economy, as we have known it,” he said at the Bloomberg New Economy Forum.

Washington and Beijing have been involved in an increasingly bitter trade battle that has seen the U.S. slap tariffs on $200 billion worth of Chinese imports. The Trump administration has accused China of stealing American technology and profiting from unfair trade deals. China has bristled at the charges and has put is own duties on U.S. goods.

“The U.S. — China strategic interaction is by far the most consequential in the world. I am very sobered by the trajectory we are on now,” Paulson said. “And ultimately, I think it could pose a risk to the very functioning of the international system.”

He offered recommendations for each side.

On China, he said the nation should “first, do no harm.” Beyond that, he said it should work with U.S. allies and partners, open up its historically closed economy, protect intellectual and technological property and work with the U.S. on its interests, particularly relations with North Korea.

For the U.S., he said the country should turn down the heat on its aggressive rhetoric, reverse its decision to leave the Trans-Pacific Partnership, and open up negotiations with China.

“There is no doubt in my mind that how the United States deals with China, and how they deal with us, will shape the geopolitical landscape for this century,” Paulson said.