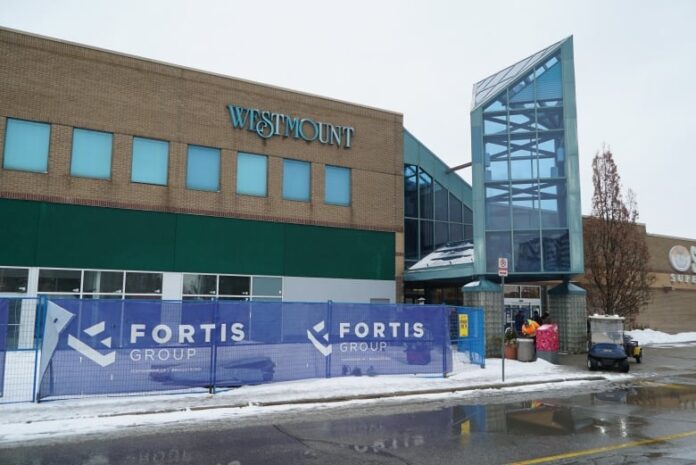 London’s economic development agency courted a private Ontario reptile zoo to expand into the city, despite opposition from some councillors and the fact zoos have been illegal within city limits for over a decade, according to Reptilia president Brian Child.

“They contacted us,” Child said of the effort by the London Economic Development Corporation (LEDC) to convince his business into opening a location within the city.

It almost looks like the left hand and the right hand don’t know what’s going on in this city.– Brian Child, president of Reptilia

“We didn’t have plans to expand into London at the time. They knew what animals we had. They were here twice.”

LEDC said Tuesday that it met with Reptilia and introduced the company to city officials, but that’s all.

Reptilia, a reptile zoo that’s accredited with the Canadian Association of Zoos and Aquariums (CAZA), was issued a building permit in January 2021 for a proposed expansion into London, after it was declared “a place of entertainment” to skirt local zoo bylaws, as CBC News reported first on Sunday.

The switch comes four years after a 2018 council meeting, in which four city councillors spoke passionately about their moral stance against zoos and voted 9-5 against re-examining the city’s animal control bylaw to make an exception for Reptilia.

“I did think it was a decided matter from 2018,” said Ward 12 Coun. Elizabeth Peloza, one of the four councillors who spoke against zoos in the December 2018 meeting.

“We thought it was defeated and now we’re back,” she said. “We’ve already said ‘no thank you.'”

Peloza said city staff will have to look at what animals the company is looking to bring into London and whether they are allowed under London’s animal control bylaws, which creates uncertainty over Reptilia’s London expansion at a time when construction is well underway inside Westmount Shopping Centre.

“We were a bit surprised by all this push back after we were invited and entertained and put in a hotel and showed sites,” Child said.

“It almost looks like the left hand and the right hand don’t know what’s going on in this city because we’ve invested several million bucks now.”

Reptilia assured by landlord it could operate

“Westmount assured us and, it’s written right into the lease, that they had something to permit our operation, regardless if we had a license with the province or not.”

McCor Management, the Toronto-based property firm that manages Westmount Shopping Centre, sought its own legal opinion on the matter, which CBC News was unable to independently review.

Luc Corneli, the principal of McCor told CBC News on Tuesday, the opinion, which was delivered to London city hall, argues Reptilia can operate in the city because its provincial license trumps city bylaws.

A separate legal opinion, drafted by animal rights charity Zoocheck Canada and reviewed by CBC News, argued the business would be illegal under the city’s animal control bylaws because its provincial licence from the Ontario Ministry of Natural Resources and Forestry only covers native species.

“We have never, ever, as a company tried to go and push a city to have one of us. We have always gone into a city where economic development has asked us to go.”

Reptilia is well known in the Greater Toronto Area for taking unwanted and illegal reptile pets. It also uses its menagerie of 250 animals for public education, teaching school children about reptiles, hospitals about reptile venom as well as city police and the Canadian military about potentially deadly snakes.

The company also takes in reptiles that were surrendered to authorities as illegal pets or imports.

Jim Facette, executive director and chief executive officer of CAZA, told CBC News on Monday that Reptilia is in the process of renewing its CAZA accreditation for another five years.

He said the company has a good reputation and always pays its dues on time, and noted CAZA has yet to receive any public complaints about its Whitby and Vaughan facilities.

“I’m amiss at understanding why Reptilia wouldn’t be a benefit to the community,” Child said. “It generates income, it generates jobs. It educates kids.”

Officials with the City of London told CBC News on Monday the company met all the requirements under the Ontario Building Code for a permit for “a place of entertainment” at Westmount Shopping Centre.

In terms of operating as a zoo, the city said, Reptilila is provincially licensed and would be subject to provincial inspection.