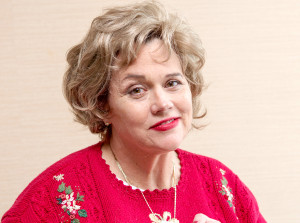 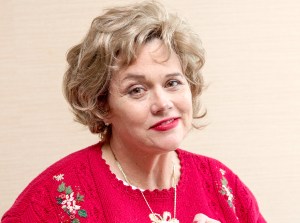 Samantha Markle seemingly has a lot to say. Duchess Meghan’s half-sister revealed she’s writing not one — but two — tell-all books about her younger sibling.

Meghan Markle’s Family: Everything We Know

“I couldn’t help but let it slip!” Markle, 54, tweeted to her followers on Sunday, December 27. “There are actually two books coming out! ‘In the Shadows of the Duchess I and II.’”

Markle also added two hashtags hinting at possible release dates, with one being April, close to when the 37-year-old former Suits star is due to give birth to her first child with Prince Harry. In a second tweet she wrote, “I’m promoting my book and no one has the right to stop me. Step off.” 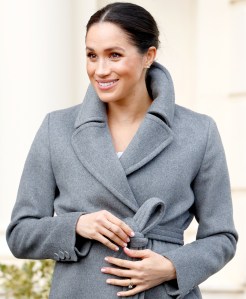 The writer — who has been outspoken about her bitter feelings towards Meghan, even referring to her as “Cruella de Vil” in August — didn’t stop there. “And you will love some of the pictures in my book also to refute any of your nasty troll gossip that we did not have a life together,” she wrote. “I’m very much your sister and if you don’t like it too bad. Bring it on ..I think everyone should take a lie detector test.”

Markle’s nasty tweets and comments about Meghan and Harry, 34, haven’t gone unnoticed. The Sunday Times reported last month that she is on a “fixated persons list” with Scotland Yard in the U.K.

“Someone like Samantha presents a risk rather than a threat,” a source told the Times in December. “She is not committing criminal offenses, but she is causing concerns for the royal family.”

During her latest tweet storm, Markle took aim at the alleged gossip. “And I’m not on a watch list,” she wrote. “But if you want to watch something, watch my book come out.”

Samantha isn’t the only estranged family member of Meghan’s who has made headlines since her November 2017 engagement to the former military pilot. The California native’s father, Thomas Markle, has also criticized his daughter and the royal family in interviews and skipped Meghan’s May 2018 wedding after suffering a heart attack in the wake of a staged paparazzi scandal.

“Meghan is really anxious about Samantha being in London,” a source told Us Weekly in October days after Samantha showed up unannounced at Kensington Palace. “She knows these tactics won’t stop. It’s sad that this will continue — and it’s making Meghan very uneasy.”