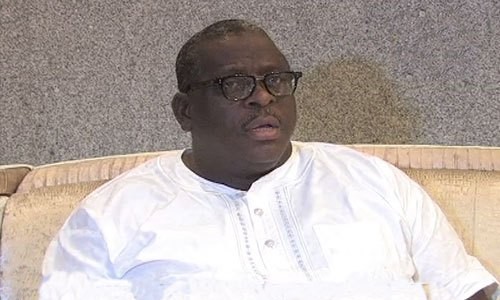 Sen. Buruji Kashamu (Ogun-PDP) has told the Federal High Court, Abuja, that the Inspector-General of Police (I-G) and the Director-General of (DSS) plan to extradite him to the United States to face trial on drug related offences.

Kashamu who brought an application before the court on Wednesday, prayed the court to stop both agencies from inviting or arresting him.

The senator told the court that the invitation to him in respect to a petition on an assassination attempt on the life of Rep. Oladipupo Keshington (PDP-Ogun), was a ploy to arrest him and transport him to the US.

Counsel to Kashamu, Mr Raphael Oluyede, asked the court to protect his client and stop the Police and DSS from inviting or arresting him and forcefully transporting him abroad.

According to Oluyede, if the court fails to stop the plot, his client’s fundamental rights to liberty will be breached.

The lawyer further argued that the petition for which the Police was inviting him, had been investigated and found to be baseless.