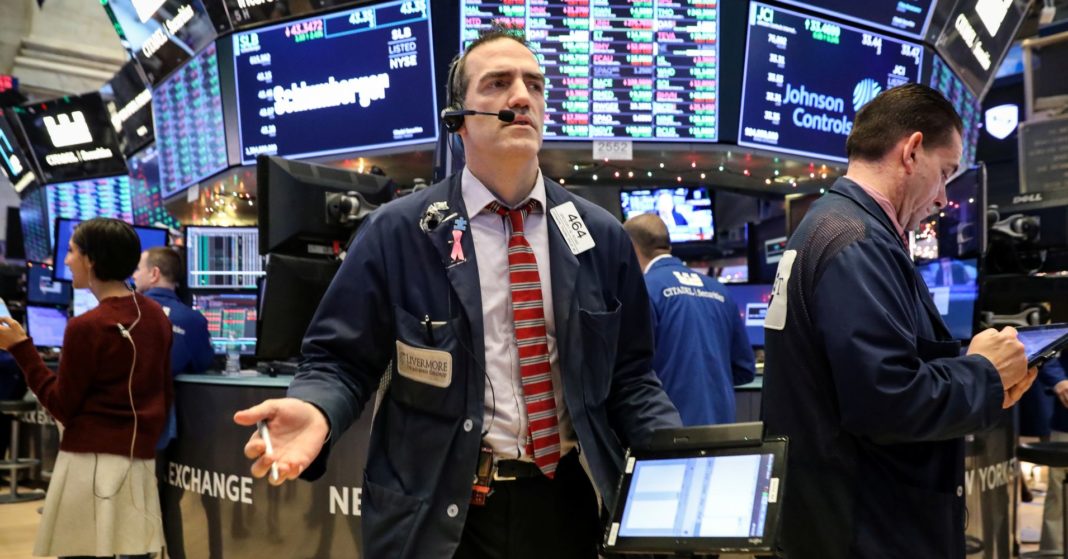 Stock markets in Europe and Asia got a lift after China’s commerce ministry said the U.S. and Chinese would hold vice-ministerial level negotiations over trade in Beijing on Jan. 7-8. The two countries are trying to reach a breakthrough to resolve their differences over a 90-day tariffs truce.

Investors will also be keeping an eye on a speech by Federal Reserve chair Jerome Powell at 10:15 am ET. Powell will take part in “Federal Reserve Chairs: Joint Interview” panel on monetary policy and central banking at the American Economic Association and Allied Social Science Association annual meeting in Atlanta, Georgia.

U.S. stocks plunged on Thursday following news that Apple had cut its revenue guidance on the back of economic deceleration in China. This sparked concerns over a broader economic slowdown of the global economy. The Dow dropped as much as 2.8 percent on the day and the Nasdaq fell 3 percent.

On Friday, investors will be monitoring key data releases, with nonfarm payrolls out at 8.30 a.m. ET; and unemployment data out at the same time. There will also be services PMI at 0945 a.m. ET.

In corporate news, Lamb Weston and RPM International will be reporting before the bell.

Meanwhile, investors stateside are closely watching domestic political developments. The House of Representatives on Thursday passed a bill that would end a partial government shutdown which has seen workers furloughed or working without pay.

The funding package does not include money for President Donald Trump’s proposed border wall between the U.S. and Mexico, however, a key sticking point in the bid to end the shutdown.