Doing This Twice A Week Doubles Your Chances Of Dying 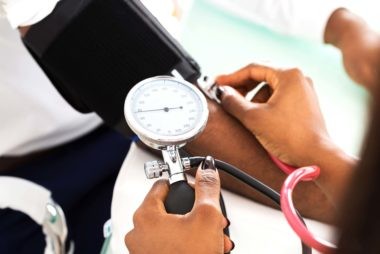 I don’t often cover health news in writing about innovation, but one recent clinical study was, ahem, near and dear to my heart.

Several years ago I had an anomaly show up in a routine cardiac stress test. Being healthy in every other respect I was puzzled, as was my primary care doc. I went through several rounds of follow up test to try and figure out what was going on. During one of those exams my doc suggested a meeting with the chief of cardiology to make sense of the conflicting results. To say that I was anxious is a severe understatement.

When I saw the cardiologist his first questions struck me as bit odd, “What’s your greatest weakness?” he asked. I thought for a second, and feeling the need to break the tension, at least for myself, I smiled and responded, “Tall redheads.” I got one of those looks that they must teach in med school, you know, that gaze over the the top of the eyeglasses that says, “Really?”

“French fries,” I said, “I live for the days my son wants to go to McDonald’s just so I have an excuse to get the fries.”

His reply was, “Stick with the redheads.”

Luckily the original anomaly that showed up in my stress test ended up being a false positive and I got a clean bill of health. None-the-less, thinking about what could have been and the fact that I had to come clean on my French fry weakness stuck with me, which is why a recent clinical study got my attention.

I doubt that anyone needs a clinical study to prove that French fries aren’t exactly a health food, but that doesn’t stop McDonalds from selling about 320 billion fries each year, and that’s only about one third of all fries sold in the US. Clearly, I’m not alone.

So, it’s probably heartbreaking (sorry!) to find out that a recent study published in the American Journal of Clinical Nutrition reported that, after accounting for other risk factors, eating fried potatoes two or more times a week actually increases the risk of mortality to twice that of people in the research group who ate fried potatoes once a week or less. Just to put that into perspective, according to the U.S. Department of Health and Human Services, “overall mortality among both male and female smokers in the United States is about three times higher than that among similar people who never smoked.”

As a quick aside, I have to stop here and share that I’ve always chuckled at the way these studies are worded. Last I checked the risk of mortality as a result of being human was 100% for all of us. So, even my headline deserves a chuckle. What these studies refer to is the likelihood that one group within a study set is more likely to die before the study has concluded than the rest of the group.

But wait, there’s good news, for the carb loaders among us. The study, which was conducted over a period of eight years on 4400 people (57.9% of whom were women) between the ages of 45 and 79, also concluded that eating unfried potatoes alone, regardless of how many or how often, did not appear to increase the risk of death among study participants.

However, if you’re especially fond of fried potatoes in general, it’s worth noting that while French fries may be the easiest culprit to point to, the study referred to any fried potatoes, including, for example, hash browns. I know, could this get any worse? At least potato chips weren’t mentioned!

One thing that you won’t find mentioned in most coverage of this study is that it was actually conducted under the same clinical trial ID as a larger study on Osteoarthritis. While I’m hardly knowledgeable enough about the details of the study to draw any credible conclusions, I still have to wonder if it could be that fried potatoes are only bad for people who also have bad knees?

As with any study of this sort, there’s clearly more research that needs to be done. And the authors do include a disclaimer that research needs to be done on larger populations to “confirm if overall potato consumption is associated with higher mortality risk.”

So, should you think twice before scoffing down that extra-large order of fries? Perhaps, but as for me, I think I’ll stick with tall redheads.