Dog Owners Walk 22 Minutes More Per Day. And Yes, It Counts As Exercise 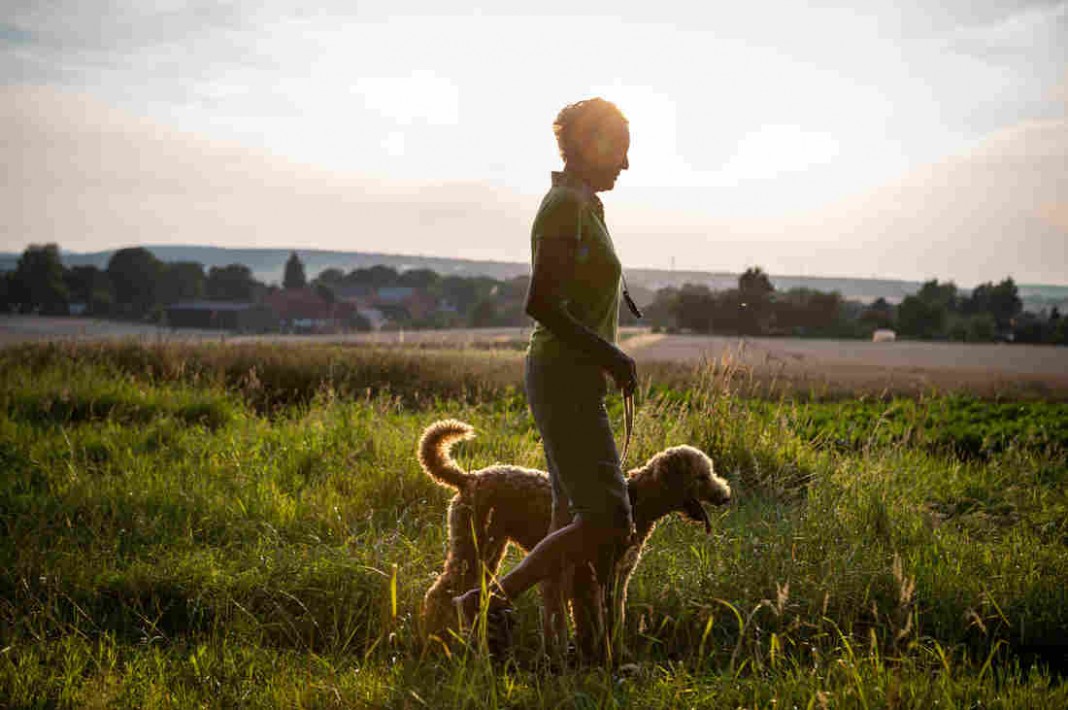 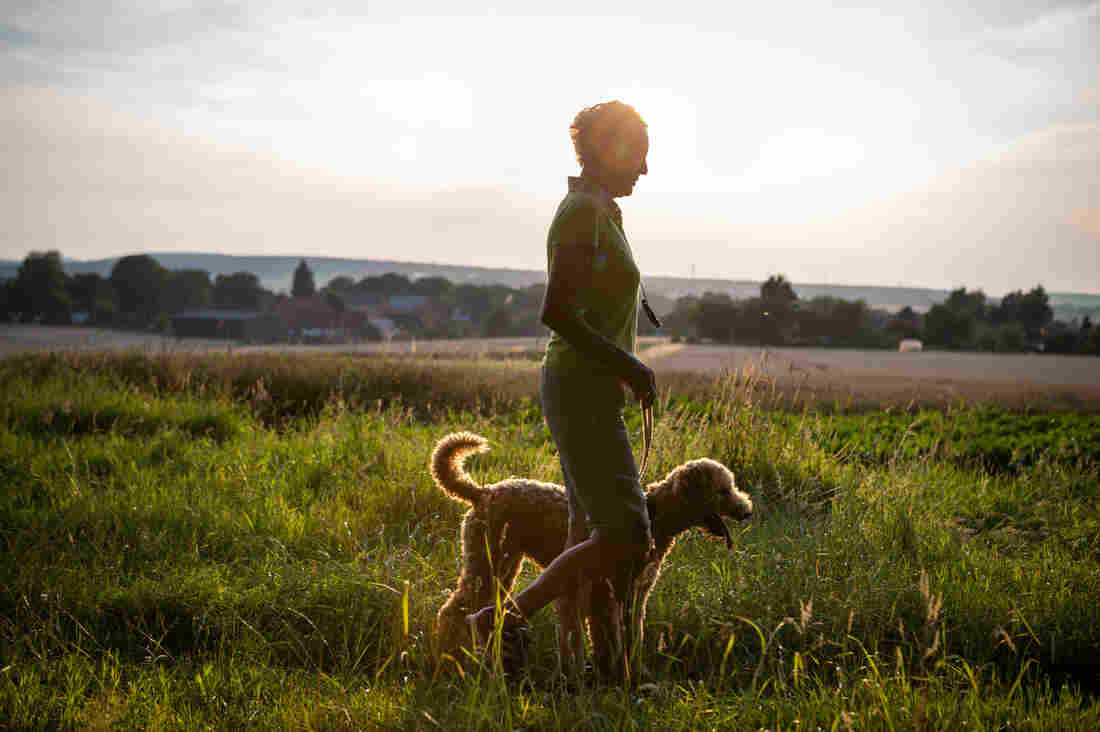 Older adults who own dogs walk more than those who don’t own dogs, and that they’re moving at a good clip, a study finds. fotografixx/Getty Images hide caption

Older adults who own dogs walk more than those who don’t own dogs, and that they’re moving at a good clip, a study finds.

Dog owners often say the best thing about dogs is their unconditional love.

In a study published Monday in the journal BMC Public Health, dog owners on average walked 22 minutes more per day compared to people who didn’t own a dog.

And they weren’t just dawdling.

“Not only did we see an increase in exercise, but also the exercise was at a moderate pace,” explains study author Daniel Mills of the University of Lincoln, in the United Kingdom.

The study found that the dog owners walked briskly and got their heart rates up. At times, their pace was about 3 miles per hour, which the Centers for Disease Control and Prevention considers moderate intensity.

Prior studies have shown that moderate-intensity walking is just as effective as running in lowering the risk of high blood pressure, high cholesterol, Type 2 diabetes and other conditions. And the more people walk, the more the health benefits increase, according to the American Heart Association.

The U.K. study included men and women in their 60s and older. Some were dog owners and some were not. In order to assess the intensity of the walking, the volunteers agreed to wear activPAL devices, which measure speed, distance and other factors.

“People wore it 24 hours a day, which gave us a real insight into the total amount of activity,” explains Mills, who was surprised by how much more active the dog owners turned out to be.

“This is a great study,” says Robert Sallis, a family physician with Kaiser Permanente in California. He was not involved in the research, but commented on the findings.

“The national physical activity guidelines call for 150 minutes a week of moderate-intensity exercise, and that’s what they got in this study,” says Sallis. In contrast, a CDC analysis has found that fewer than 50 percent of Americans get that much exercise every week.

Sallis says adopting a dog may help put an end to the excuses people have for not exercising. As dog owners know, when your hound leaps up onto your bed in the morning, you have little choice but to get up and go.

“If you look at studies on pet ownership, people who own pets seem to live longer than those who don’t own them,” Sallis says. An analysis from the American Heart Association finds dog ownership can protect against cardiovascular disease, for example.

Sallis says as beneficial as it is for our health, walking is not likely the only factor that explains why pet ownership is linked to longevity. Companionship can lead to lower rates of depression and stress, he says. “I think having a pet as you grow older is a great idea.”