Do Peacocks Have Sex? Are Cows A Better National Animal Than Tigers? 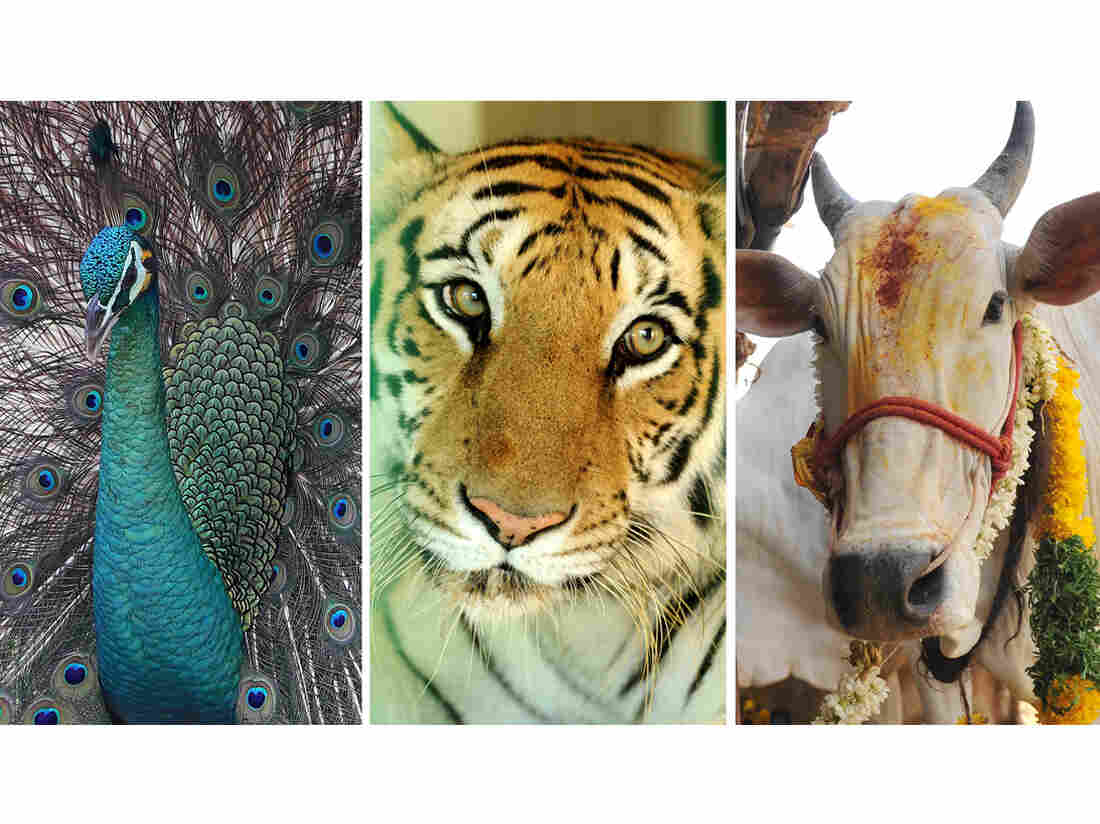 India is having a debate about its national animals.

Currently, the mighty tiger is the national beast and the peacock is the national bird. But the cow has recently been proposed as a replacement for the tiger because of its status as a holy animal.

And this week, both bird and bovine have caused an internet explosion that touched on reproductive issues, education and science.

On Wednesday, Justice Mohan Chand Sharma of the western state of Rajasthan, put in a good word for the peacock. Peacocks don’t have sex, he told a TV reporter on his last day as a judge. Instead, he said, peahens are impregnated when they swallow the tears of the peacock. Citing religious texts as the source of this intel, he indicated that the peacock is pure and chaste and therefore deserving of its status.

The tiger not so much, according to the judge.

He thinks the cow should be the national animal. Its dung can cure cholera, he said, and its horns absorb “cosmic” energy.

Sex and science educators were reminded that they have their work cut out for them.

And the hashtag #peacocksex took on its own (sometimes raunchy) life.

If a peacock uses Johnson’s Baby Shampoo, it will become impotent. Because no more tears.

Literal-minded folks posted footage of peacocks mating to prove that Justice Sharma’s “theory” was wrong. Others despaired about how educated civil servants had such distorted views on reproduction.

This is not the first time Justice Sharma’s views on animals have made headlines. The peacock comment came on the heels of his verdict in a case about cows.

Sharma has been presiding over a lawsuit brought by the Jago Janta Society (an NGO whose name translates to “Awaken, Public”) over the death last July, allegedly due to negligence, of several hundred cows at a government-run shelter for abandoned and old cattle. On Wednesday, he passed a judgment that penalized the shelter and suggested that the shelter monitor its funds and staff better.

He also recommended that Rajasthan state law be amended to a life term for anyone who killed a cow. That’s a hot topic in a country where cow vigilantism is on the rise, with fatal attacks on Muslim and lower caste cattle traders and transporters, who typically include beef in their diets.

Currently, cow slaughter is a crime in all but eight of India’s 35 states and union territories because cows are regarded as holy in Hinduism. (Buffaloes are exempt because they’re not revered in the same way: India is the world’s largest exporter of buffalo beef.)

The current punishment for cow slaughter in Sharma’s home state: 10 years imprisonment and/or a fine up to $160.

Sharma went on to recommend that the sacred cow replace the tiger as India’s national animal.

India’s economic growth has fallen to its lowest ebb in ages. And on prime time we talk of holy cows and celibate peacocks!!

Not everyone is amused by all this ado about animals. With Friday’s news of the Indian GDP falling to 6.1 percent, many people are annoyed by the frivolous chatter.