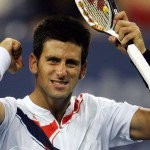 Three-times champion Novak Djokovic has been placed as second seed for next week’s Wimbledon tennis championships in spite of slipping to fourth in the ATP world rankings.

The News Agency of Nigeria (NAN) reports that seven-times champion Roger Federer has also benefited from the seedings released by the All England Club on Wednesday.

They have defending champion Andy Murray number one in the men’s singles, with Germany’s Angelique Kerber the women’s top seed.

Wimbledon differs from the other grand slams, in the men’s singles at least.

Previous form on grass in the previous two years come into play to re-order the top 32 in the world rankings.

It is a system agreed with by the Association of Tennis Professionals (ATP).

Spaniard Rafa Nadal, who won a 10th French Open last month, is second in the ATP rankings but will be seeded fourth at Wimbledon after a mediocre record there in recent years.

In spite of winning the title twice, the 31-year-old has not been past the fourth round since 2011.

Favorite Federer, fifth on the ATP rankings, is seeded third which means he will avoid one of his biggest rivals for the title until the semi-finals.

Fellow Swiss Stan Wawrinka, runner-up at the French, drops to fifth seed, from his world ranking of three.

Other beneficiaries of the system include Luxembourg’s grasscourt expert Gilles Muller who is seeded 16th compared to an ATP ranking of 26.

The women’s seeds stick strictly with the current WTA rankings.

Romania’s Simon Halep, who could take over the top spot this week if she wins the Eastbourne title, is seeded two.