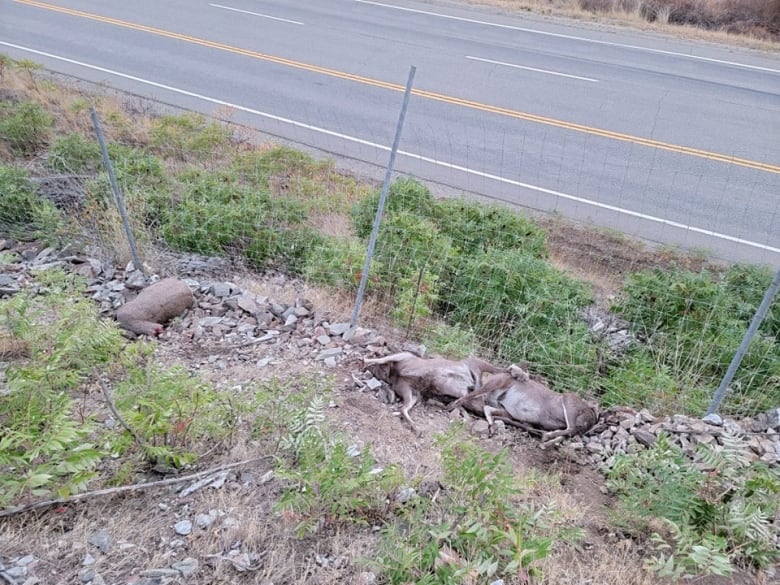 A disease outbreak is killing wild bighorn sheep and white-tailed deer near Grand Forks, B.C., and the number of dead is expected to climb.

The bighorn sheep herd in this area in the West Kootenay region is estimated to be around 230 animals, and members of the Wild Sheep Society say at least 20 animals have died so far.

The culprit is a disease called bluetongue, spread by the Culicoides biting fly.

Kyle Stelter, president of the Wild Sheep Society of British Columbia, says members started noticing something was wrong after a number of animals who had been collared for a conservation project stopped moving.

“Five mortalities came in on the satellite collars in two hours,” Stelter said. “It’s so immediate.”

Stetler says it’s quite abnormal to have something happen in the middle of summer like this other than a predation event.

“It’s looks like it’s a widespread die-off for certain from what we’re hearing, but it’s pretty early days. I don’t think the regional biologists know exactly to what extent it is other than it’s very, very bad.”

It’s not a particularly common disease in British Columbia, although it has affected herds south of the border. The flies arrive through a change of environmental conditions or wind, she said.

Thacker says once an animal is infected, the disease course takes place and the animals will likely die.

“There is no treatment for this disease in any species,” she said.

The only thing that can stop the flies is a frost that disrupts their life cycle and kills them.

“As soon as that happens for enough time to kill off all the insects that are spreading the disease, we should see no more transmission at that point.”

Bighorn sheep are a blue-listed species in B.C. This means they are not immediately threatened but are a species “of concern” because they are particularly sensitive to human activities or natural events.

“Wild sheep are not thriving on the landscape as they’ve done in the past,” Stelter said. “The majority of the issues relate back to these disease events.”

Stelter says while there’s nothing that can be done for the bighorn sheep that are being infected — other than wait for the frost to kill off the flies — he hopes more can be done to at least protect the habitat for the survivors.

“There’s been a ton of encroachment on their traditional grazing areas where they winter and they summer and you know, we just need to be mindful of that and keep areas where wild sheep can be wild sheep.”