Did Big Brother’s Jessica Graf and Cody Nickson Face “Harassment” and “Bullying” Inside the House? 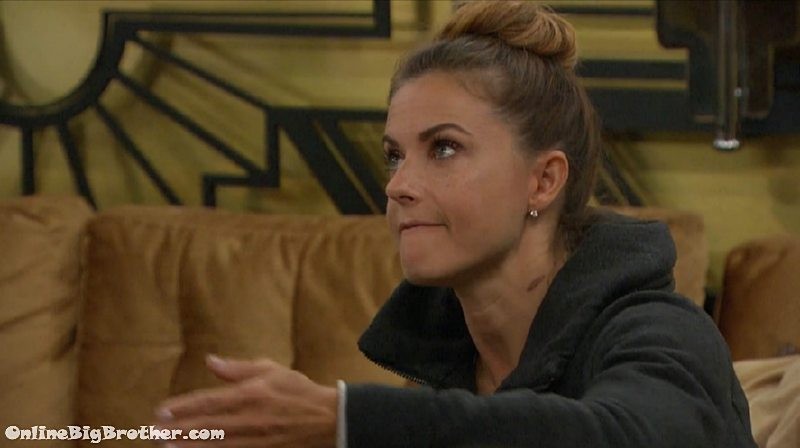 On Thursday’s all-new episode, viewers were quickly reminded that it was Jessica Graf and Cody Nickson vs. the rest of the house.

As Paul Abrahamian continued his reign as Head of Household, his alliance quickly turned up the heat on the two nominees.

It all started in the kitchen when Jessica and Raven Walton found themselves in a verbal smack down. While Jessica decided it would be best to go outside with Cody and escape the drama, the rest of the house had other plans.

“Let’s go! Let’s go! Josh, go out there with the pots and pans please and let’s keep this party going,” Paul shared with his alliance. “Alex, we’ve got more questions for Jess and Cody.”

“You are a disgusting human being. Your personality sucks as much as everything about you sucks,” Josh Martinez said while clapping pots and pans. “So you want to call people disgusting or cowards. So are we the bullies or are you the f–king bully? You grown baby. You little man syndrome, that’s what you have.”

While in the Diary Room, however, some houseguests expressed concern over the way people were acting towards one another.

“This is embarrassing for everybody, honestly. It’s a disaster. It’s not what my game is based on. I really wish we would have tried a different tactic,” Matthew Cline shared in his confessional. “This is not our finest moment.”

While Jessica and Cody remained safe this week thanks to a special twist, both contestants appeared to be getting tired of their living conditions.

“If this is going to be our life for the next week and a half, I don’t know how long I can handle it. I’m trying to figure how much I can stand,” Jessica shared. “I don’t want to give anybody what they want, but not giving them what they want is making my life harder.”

Big Brother airs Sundays, Wednesdays and Thursdays only on CBS.