Dick Bove: The Fed caved in to market and Trump demands because it lacks support for its policies 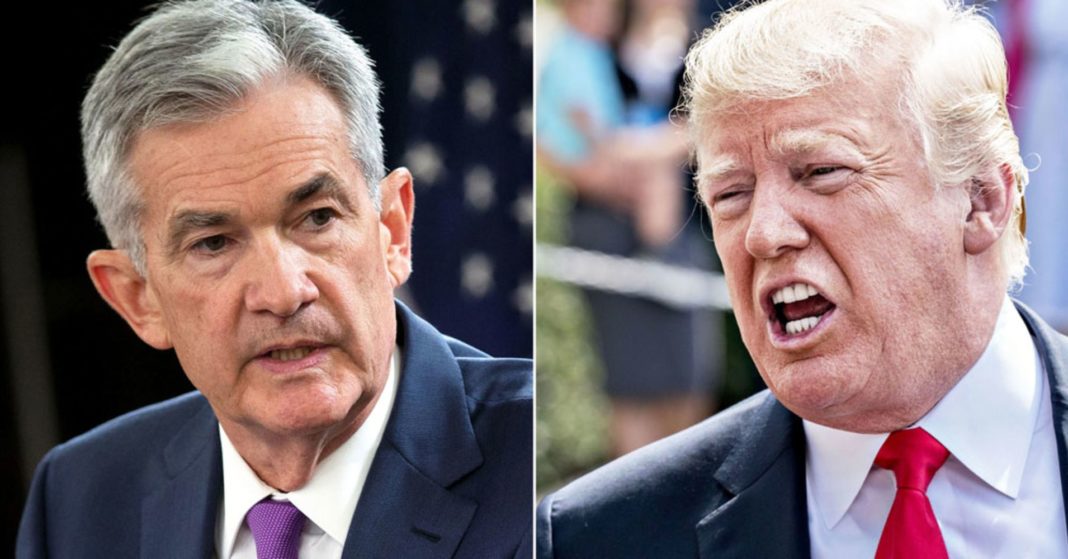 The Federal Reserve gained its independent status in 1951, almost 40 years after its founding, when it signed an accord with the Treasury. Prior to that time there was little thought that the institution would be independent from the demands of the Treasury Department.

During World War II the rate on T-Bills was kept at 0.375 percent and long bonds were set at 2.5 percent. In 1948, inflation began to climb. From June 1947 to June 1948, it was 17.6 percent. By February 1953, it was at the annualized rate of 21.0 percent. The Fed Chairman Marriner Eccles wanted to let rates float; President Truman did not. Truman believed:

The fight between the two men was waged in the media. Truman used the new invention, the television, to get his ideas across. Eccles leaked internal documents to the NY Times. Ultimately, Truman lost and an accord was reached between the Fed and the Treasury Department to let rates float.

Stepping aside from the heat of that battle one might argue that Truman lost because he was fighting against economic and financial determinants. Rates needed to rise and the economy was able to move forward despite recessions in 1953 and 1957. Moreover, Truman inherited President Roosevelt’s appointments to the Fed. Eccles was appointed in 1934. Truman did not have support on the Fed’s Board.

President Donald Trump is in much better position in his fight with the Fed than President Truman was. Inflation is running at 2.1 percent. The economy is expanding but not at historically high rates. In fact, growth is relatively slow by historical standards. Plus, virtually all of the current members of the Federal Reserve Board are there due to President Trump’s recommendation (Lael Brainard is the one exception).

Further, one might argue that the Fed’s articulation of why it moved to a more stringent monetary policy is unusually weak. It wanted to bring rates back to a position of equilibrium and it wanted to prevent inflation from returning. Therefore, while Eccles had the support of his co-members on the Fed Board, the Congress, and the public, Chairman Jerome Powell may have none of the above.

No one knows what the equilibrium rate is and, if one listens to Chairman Powell’s speech to the NY Economic Club, apparently the Fed can move this hypothetical equilibrium rate around at whim. Moreover, the desire to fight inflation apparently means the need to stop wages from rising – not a popular idea.

Further, if one reads or listens to the speeches of Fed Board members there is no cohesive economic of financial theory that is being articulated. Everyone is data dependent – i.e., clueless.

Therefore, lacking support from Congress, the public, and possibly his own Board, Chairman Powell threw in the towel.

The Fed is now going to run for cover and I think that this makes a great deal of sense. Until it can articulate a coherent monetary policy that is embraced by all of its constituents – the public being most important — it should take a rest.