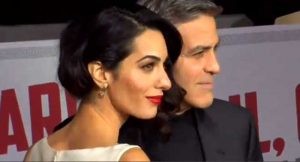 Diageo Plc has agreed to buy George Clooney’s high-end tequila brand Casamigos in a deal valuing it at up to $1 billion, as the world’s largest spirits maker seeks to boost its presence in a high-growth market.

Diageo said on Wednesday it would pay $700 million initially for the company, co-founded by the American actor, with potential payment of a further $300 million linked to performance over 10 years.

A new spate of high-end tequilas has helped the drink transcend its traditional image as a party beverage for young drinkers. Its sales rose 5.2 percent globally last year, according to data tracker IWSR, outperforming a spirits industry that edged up only 0.3 percent.

Casamigos, which means “house of friends,” was founded in 2013 by Clooney and his friends – nightlife entrepreneur Rande Gerber, who is married to model Cindy Crawford, and real estate developer Mike Meldman. They will continue to promote the brand.