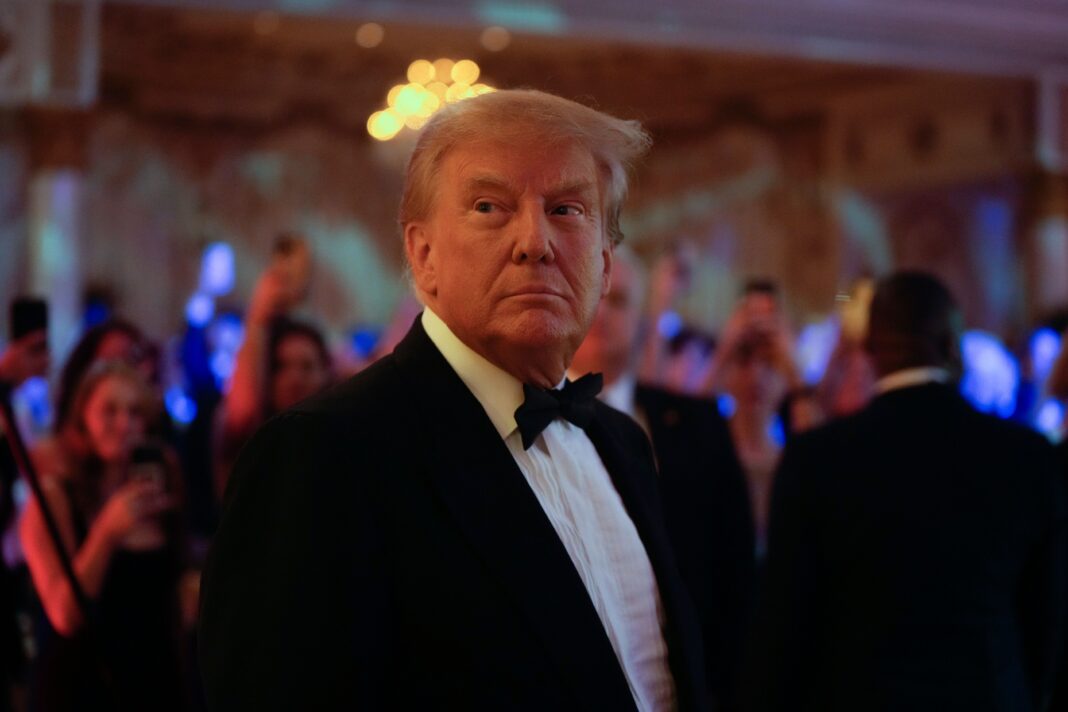 Donald Trump at Mar-a-Lago Friday night scrambled for every possible response to the appointment of a special counsel to investigate him — from a declaration that he’s one of the most “honest, innocent people,” to suggest that any new indictment could be “double jeopardy.”

At one point, after listening to Trump’s speech, CNN senior justice correspondent Evan Pérez said he was “just making it up.”

Attorney General Merrick Garland named a special counsel Friday to oversee the Justice Department’s investigation into classified documents stashed at Trump’s Mar-a-Lago residence that had been transported there from the White House at the end of Trump’s term.
Also read: The Backlash To Losing Roe V. Wade Is Just Getting Started

The special counsel — former Justice Department official Jack Smith — will also supervise the continuing probe into Trump’s role in last year’s Jan. 6 insurrection and efforts to toss out the results of the presidential election.

Trump’s first key point about himself was that he can’t be indicted for anything because he’s “one of the most honest, innocent people ever in our country.”

When that didn’t completely straighten things out, Trump suggested that any indictment against him could be considered double jeopardy because he was cleared in two impeachments, including for his role in last year’s insurrection. “Isn’t that sort of like double jeopardy?” he asked his supporters.

Earlier in the day, the same theory had been floated by Fox News host Geraldo Rivera.

Double jeopardy — which bars people from being re-tried in cases they’ve beaten — doesn’t apply to impeachments.

Trump also insisted that the Justice Department’s investigation into the White House classified documents he had stashed at Mar-a-Lago was “dying or dead or over.”

“There is nothing to say that this was a death investigation or that it was being abandoned. Far from it,” Pérez explained. “People around him have been getting subpoenas in recent days. So there’s nothing to indicate that this was about to go away.”

Earlier in the day, a furious Trump told Fox News that he “won’t partake” in any investigation conducted by the special counsel, and slammed the appointment as “the worst politicization of justice in our country.