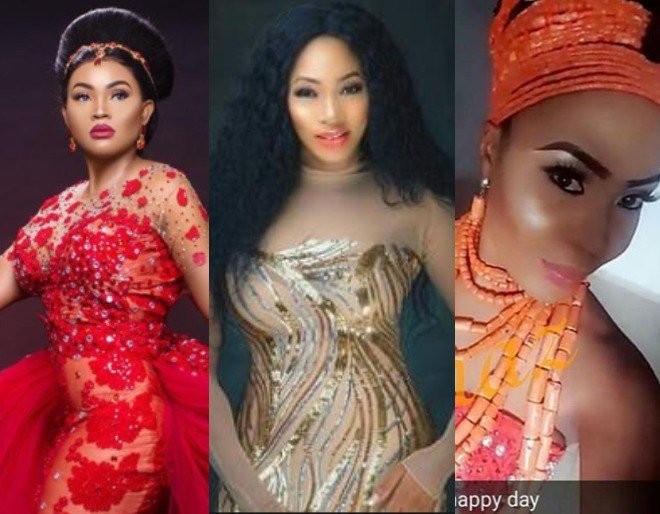 Designer Maryam Elisha of Rikato by Me, has tendered a public apology to actress, Mercy Aigbe and newly-wed Nigerian lady, Lawretta Sawyer, over the controversial wedding reception dress.

On New Year’s day, Laurentta via her IG page, accused Maryam of giving her wedding reception dress to actress Mercy Aigbe to use for her 40th birthday shoot. Read here.

According to Lawrentta, she bought the fabric and gave it to Maryam to make her a dress for her wedding reception but Maryam used the Fabric to make a dress which she gave to actress, Mercy Aigbe who used the said dress for her 40th birthday photo shoot.

Maryam today tendered a public apology via her IG page, to Mercy Aigbe, for the embarrassment the whole drama must have caused her. Maryam also apologised to Lawrentta whom she says has been avoiding to speak with her. See both apologies below

Dear Mercy Aigbe @realmercyaigbe, I am sorry I haven’t been in touch since the the dress incident. I was actually out of town with limited internet access.
I know I owe you an apology and actually I would like to do it in person and explain so we can resolve the issue.
Neither you nor the bride deserved what happened. This is not my proudest moment ever. I feel so terrible for what this has caused you as well, especially seeing the comments and knowing that majority believe you were at fault here, which isn’t the case. This is so sad.
Once again, please accept my apology. I will continue to apologise to you and my other client, the bride. I hope we can sit and talk about it.
Thank you, Maryam Elisha

Dear Lawrentta @rettypety, I apologise once again for the pain and inconvenience you have suffered these past days and I will continue to do so untill we talk I have tried severally to reach you privately all in vain that’s why I’m back on IG again for on this,
I would appreciate if you would open a means of communication so we can resolve the matter
Thank you, Maryam Elisha. 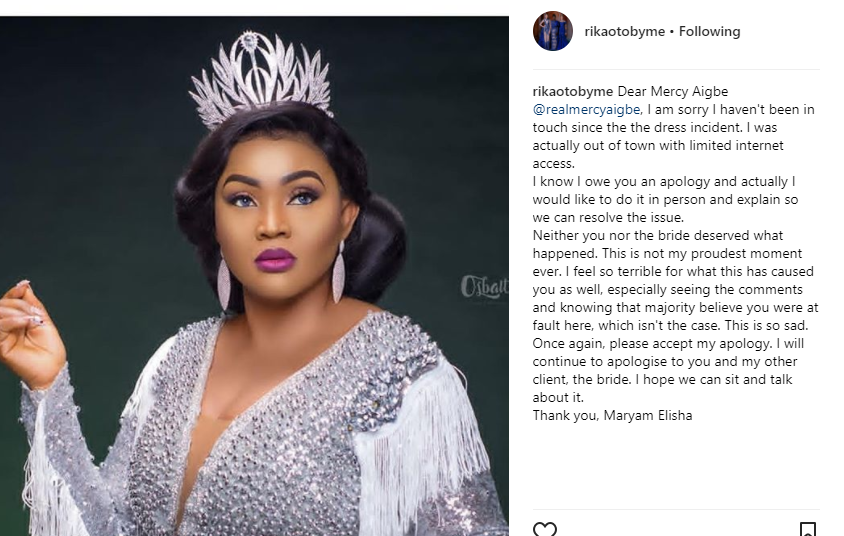 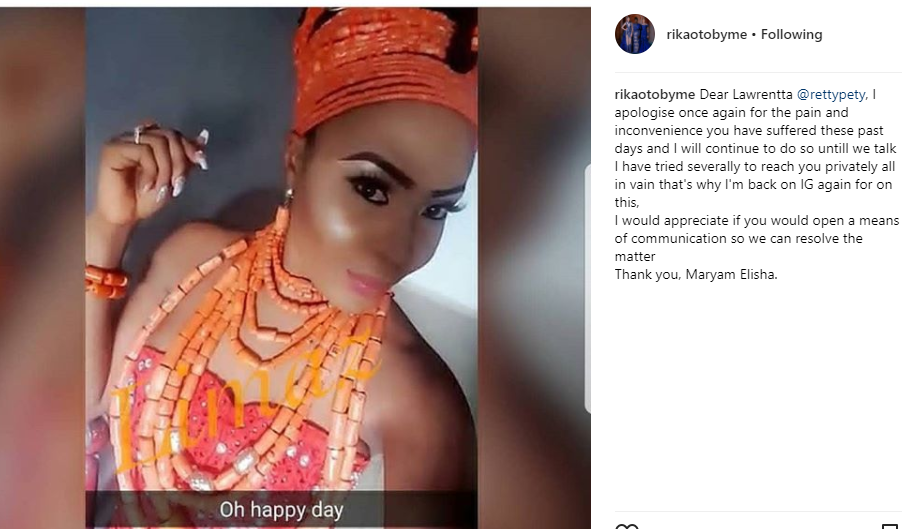 Maryam also shared screenshots of her previous conversations with Lawrentta 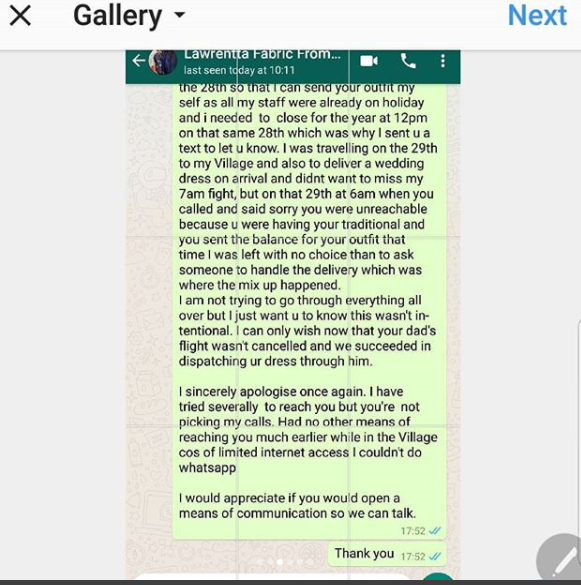 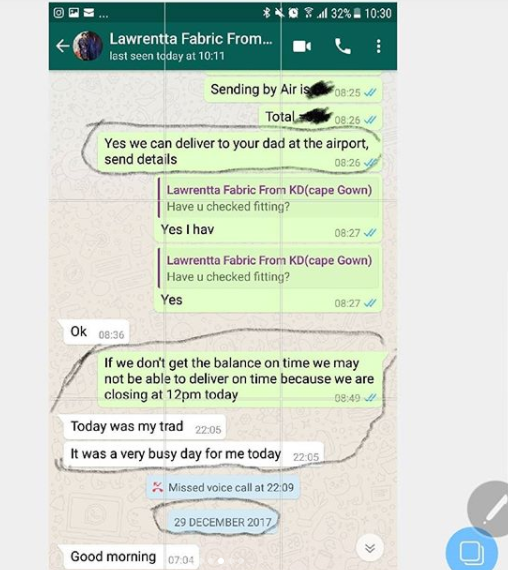 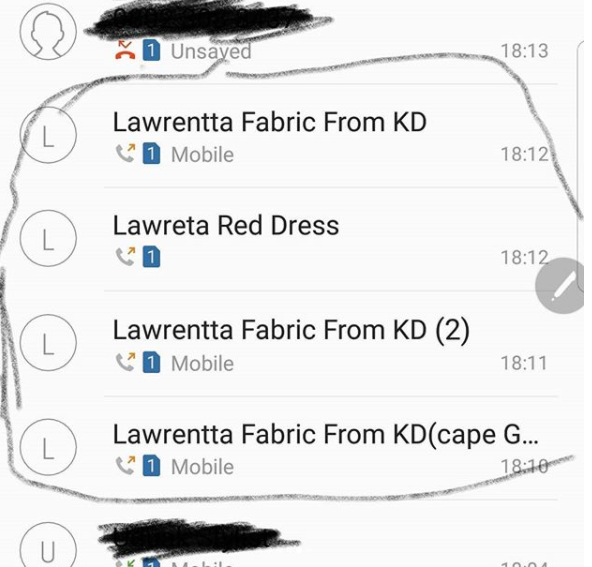 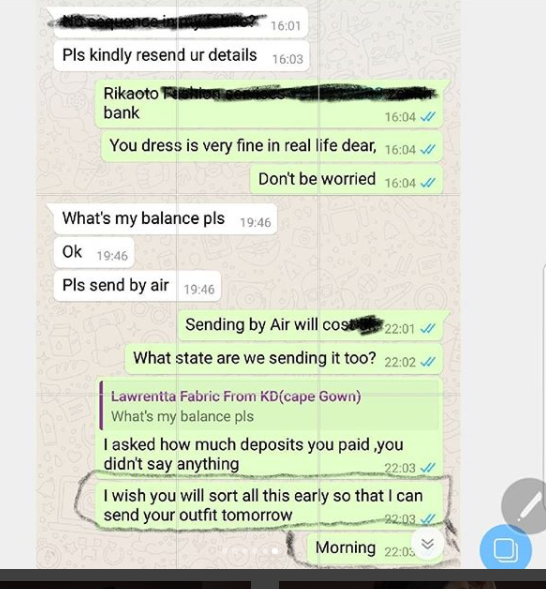