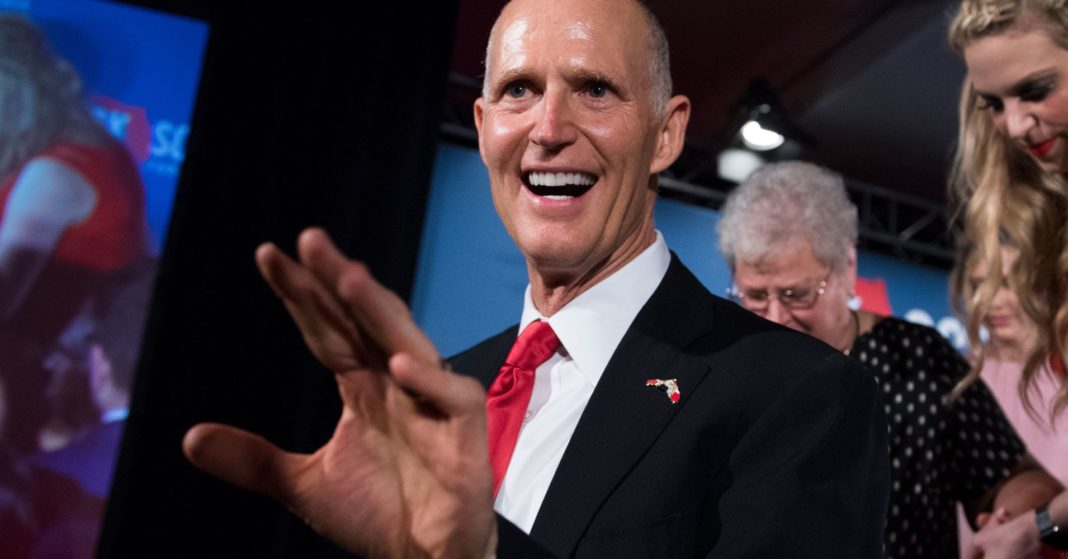 Republican Rick Scott appears to have defeated Democratic Sen. Bill Nelson in Florida, according to NBC News, after the state finished a sloppy recount marked by voter fraud accusations and conspiracy theories.

After Florida ended a manual recount, the outgoing governor led the incumbent U.S. senator by more than 10,000 votes. In a statement Sunday, Scott said Nelson conceded the race, which is expected to be certified on Tuesday.

“I just spoke with Senator Bill Nelson, who graciously conceded, and I thanked him for his years of public service,” Scott said in a statement. “Now the campaign truly is behind us, and that’s where we need to leave it. We must do what Americans have always done: come together for the good of our state and our country.”

The GOP governor will flip another Democratic-held seat after piling tens of millions of dollars of his own money into the most expensive Senate race ever. Scott’s victory means Republicans will control a minimum 52 Senate seats in January, a net gain of at least one from the current Congress.

The outcome boosts Republicans in several ways: Beyond making it easier for them to approve their economic priorities and confirm conservative judges, it also bodes well for President Donald Trump’s chances of carrying the state in 2020.

But the tactics deployed by Trump and his allies during the recount may serve to sow irreparable doubt in the electoral process and political division in the U.S. Scott only narrowly edged Nelson more than a week after last Tuesday’s midterm elections, in a race where the razor-thin margin triggered a machine recount and subsequent tally by hand.

As counties tallied ballots, Scott’s campaign, Trump and GOP Sen. Marco Rubio all accused Democrats of trying to manufacture votes and steal the election. Earlier this week, Trump claimed “large numbers of new ballots showed up out of nowhere, and many ballots are missing or forged.” He also contended that “an honest vote count is no longer possible.”

Broward County, the state’s second largest, had numerous issues counting votes. The only potential issue the state identified was erroneous forms from at least four counties that could have led to voters missing a deadline to fix mail-ballots, according to the Miami Herald.

As a highly competitive race in a swing state that had stakes for Senate control, the Florida contest drew more cash than any previous Senate race. Scott’s campaign spent $66 million through Oct. 17, and the former health care executive personally gave more than $50 million of that.

Meanwhile, Nelson’s campaign had spent more than $25 million at the same point in time. Outside groups supporting and opposing both candidates spent about $90 million combined.