Defining a successful second half for the Oakland A’s 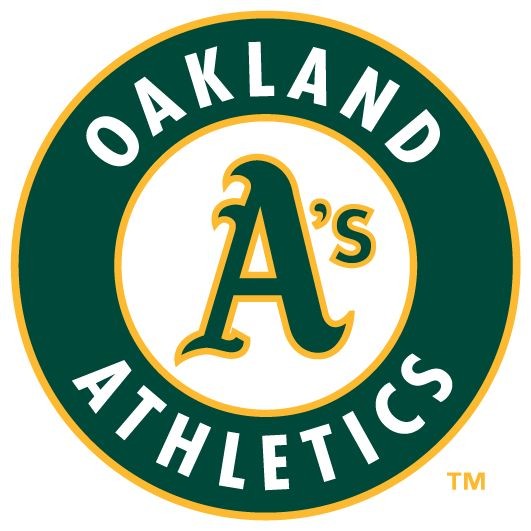 The A’s aren’t contending, but the second half will provide ample intrigue to the fans as the team’s future plays for the big club. What should you look for as the A’s finish out their season?

The A’s come out of the gate blazing, winning 15 of their 17 games before July 31st roles around. That forces the front office to not sell and go for it, giving the A’s two months to snag a Wild Card berth, a reasonably low hanging fruit.

Thing is, even if the A’s do come out guns blazing, they’re probably still in sell shape unless a murder of ducks fall in a row. It ain’t happening.

So assuming that doesn’t happen, what are the goals?

A solid return for Alonso

As the deadline comes, Alonso sadly is going to go. The right move is sometimes painful, and while you couldn’t possibly dislike the dude, Yonder just isn’t a fit for this roster. The A’s have more guys unsuited for the rest of the field than a beer league softball team, and first is a spot that really should belong to Ryon Healy. That’ll allow Khris Davis to DH full time, Matt Joyce to slide to left, and the perpetually ready but not able to fit on the roster until now Matt Olson to play right.

Take some solace in the idea of Yonder Alonso, nice guy, playing for a contender.

Predicting a return for Alonso is tough at this venture, but the A’s will want a package that contribute relatively soon. If the A’s plan stays on track, contention is close. Of course, a top prospect who is far away can be flipped at a later date for someone knocking on the door, meaning the A’s should target one thing: value.

Way to go out on a limb, eh? The A’s need one of two things from Gray. A solid trade return, or more indication he’s a front of the rotation guy going forward.

The former is weirdly the probable safe play. Prospects are far from sure things, but you can be reasonably sure whatever package they may get in return will have value at season’s end. Gray? He’s a bit more of a wild card.

Either way, the A’s need their former ace to be a part of their next contender, whether that be in current pitcher form, or future branches of the trade tree. He’s shown promise of being the well above average pitcher from 2015, but he hasn’t been healthy for the whole season and his stuff hasn’t been entirely consistent.

I’d put my money on him being moved, with so many teams contending and many of them needing pitchers. The A’s have a chance to cash in, and my guess is that they do.

Productivity out of Matt Chapman’s bat

Once Alonso is moved, the A’s should be more or less set at DH, catcher, first, short, and right. If Chapman can at the very least hold his own with the bat, third will be covered too leaving only second, center, and left to be filled.

Assuming catcher can be held down by Maxwell/Phegley, DH by Khris Davis, first by Healy, short by Semien, third by Chapman, and right by Joyce, the A’s will have three roles to fill: second, left, and center.

The beautiful thing is the A’s have an assortment of real, potentially above average guys to take those roles.

Franklin Barreto and Chad Pinder could seamlessly take over second base while being above average right away. The former needs to cut down on his K’s, but he’s had his first cup of big league coffee and isn’t far off. The latter has shown proficiency at the big league level, needing consistency in order to stick. That will hopefully come with consistent playing time, something he’ll hopefully have in the second half once Jed Lowrie is moved.

A major draw of Pinder is his versatility. Prior to being thrust into right by Bob Melvin and the oh shit, we need a right fielder A’s, Pinder had never played a professional game outside of the infield. He more than held his own in right because of his athleticism and probably has the chops to handle left with some practice. This organization, which is always ambitious with where they stick their fielders could always try Pinder in center. Odds are against him sticking there, but they’re not impossible.

If Pinder can figure out the bat, the A’s have filled at least one of those roles. Should Barreto usurp second, Pinder could go to the outfield.

Another option is Matt Olson in right, at least for the time being. He might be a little too big to last there for his career, but if he come up and continue to hit he can hold down the fort for at least a few seasons. That’d shift Joyce to left for a very large, very patient, slow footed yet not horrendous defensive corner outfield.

Center is less certain than anywhere on the diamond. Right now the team’s best bet looks like Jaycob Brugman, who has always looked the part of a fourth outfielder. He’s overachieved before and if he can overachieve again, he could play an average center with an average bat. The second half will be a major test for his future, but at this junction, center looks like the biggest hole on the roster.

The other options internally are some combo of Franklin Barreto and Chad Pinder, two great athletes who haven’t played center for even a second. Stranger things have happened, but it’s likely the A’s next centerfielder is employed by a different organization.

How do you acquire players to fill your open roles? Trades, of course. Gray and Alonso seem to be the headliners, but the A’s have other pieces they can and should move.

Jed Lowrie is the obvious one, in the last year of his contract and having one of the better seasons of his career. The market for a defensively challenged but solid hitting second baseman is there, but he’s not going to get an A prospect in return. Still, the A’s have found yet another lottery ticket that will help their future.

Another potential mover is Ryan Madson who is somewhat quietly having a dominant year. His 2.17 ERA looks real thanks to a 2.61 FIP and an underlying groundball rate that’s at a career high mark. He’s good enough to net a solid return particularly with relievers still being prized commodities.

The team most in need of relievers is the same team that gave the A’s a legit second base prospect for a LOOGY who couldn’t get lefties out. Madson to the Nats, anyone?

While the A’s are reasonably young, they have value in players who won’t be around for the next contending team, and the A’s need to cash in at the deadline. The A’s as a contender in 2018 is possible, but would be a lot more likely with some win-now moves prior to next year. Getting prospects now would allow for the A’s to make those more win-now moves next season with less trepidation.

Neither is a given, in spite of the fact that the team is on the right-ish path. It’s important for pitchers to take a step forward with health and results. There are enough guys to fill out a rotation, but potential has yet to turn into result. Manaea needs to be the top of the rotation guy he can be, and it looks like he’s on his way. He’s not a picture of complete health, so finishing out the season strong in multiple ways is huge.

Kendall Graveman needs to come back healthy as a rotation staple, and Jharel Cotton needs to harness that stuff that’s just not quite right at the present moment.

On the back end, Daniel Gossett, Paul Blackburn, Jesse Hahn, and Daniel Mengden need to fill out at least one rotation spot and provide depth so going into 2017, the A’s have can at least envision a league average starting staff. Maybe they acquire another pitcher at the deadline or before 2018, but the goal should be to have seven or so serviceable guys to start the year.

In the field, health is paramount. The A’s are good enough at catcher, short, DH, and right right now. They’re close at first, provided Healy can lay off the slider away and there are enough guys behind him, like discussed, to fill out the roster.

The A’s can fill in the gaps in a single offseason if the current guys progress like they’ve shown. It’s far from a certainty but the depth is there to think it can happen.

Old guys rule, and nothing rounds out a bad team’s season like a Chris Smith having a solid run to close out the year. The thing to watch is the youngsters, yes, but everyone loves a good story. Give us a good story, Chris.

How do you define success in the second half?