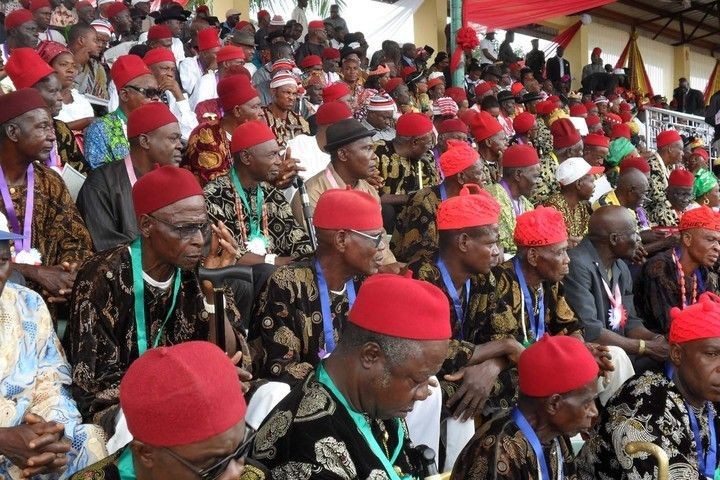 The Ohanaeze Ndigbo Youth Council, on Wednesday, told Igbo living in the North to prepare to defend themselves against possible attack by northerners.

Addressing journalists after a meeting in Enugu, National President of the OYC, Mazi Okechukwu Isiguzoro, said the ultimatum issued to Igbo by the northern groups was a call to arms, and should be treated as such by security agencies.

“Igbo resident in the North should get ready to defend themselves in the event of any provocation and attack from the Arewa youths,” Isiguzoro said.

He noted that the development could lead to another civil war in the country.

The Ohanaeze youth leader said, “They are at it again and this is a sad reminder of the civil war. This is how it started as a joke and before we knew it, a coordinated and simultaneous attack was launched against the Igbo in the North.

“We, however, wish to state unequivocally that the Igbo are not cowards. We are not afraid of Alhaji Abdul-Azeez Suleiman, Yerima Shettima and their cohorts.

“Ndigbo want to make it categorically clear that we are ready for them. We cannot be intimidated by their ranting.”

Also, the Eric Omare-led faction of the Ijaw Youth Council Worldwide described the threat by northern youths as baseless and senseless.

Omara, in a statement on Wednesday, contended that there was absolutely nothing wrong in the Igbo agitation for self-determination.

The factional IYC President added, ‘’Therefore, the Igbo agitation for Biafra cannot justify the demand to move out of northern Nigeria.

‘’We believe there are criminally-minded persons who want to hide under the umbrella of speaking for the North to loot property belonging to Igbos in the North that are making the demand.

‘’We call on security agencies to as a matter of urgency move against the brains behind the ultimatum to Igbos in the North.

But a group of Nigerians, under the auspices of the South-East/South-South Network, asked security agencies to immediately arrest the leaders of the northern groups, who issued the ultimatum to the Igbo on Tuesday.

In an electronic mail sent to one of our correspondents by the leader of the SESSNet, Mr. Daniel Elombah, who said the group was made up of professionals, students and activists from the South-East and South-South, called on security agencies to arrest “these jobless youths and their sponsors.”

It added, “We will not take excuse from security agencies if anything happens to our people in the North. Those youths should be treated like criminals by security agencies and we are watching to see what the DSS will do on this matter. If any Igbo is killed in the North, the leadership of the groups should face the consequences.”

In its own reaction, the Pan Niger Delta Forum, an umbrella body for Niger Delta leaders, condemned in strong terms the ultimatum of the Arewa youth groups.

It noted that the “quit notice” was highly treasonable and portended great threat to the nation’s unity.

PANDEF which is under the leadership of Ijaw national leader, Chief Edwin Clark, said the group considered the statement by the Arewa youths as the most dangerous statement ever made by any group to the unity and existence of Nigeria since the end of the Civil War.

In a statement on behalf of the group by a member of the Central Working Committee, Dr. Alfred Mulade, PANDEF called on northern state governments, elders, particularly the Arewa Consultative Forum to take concrete steps to reassure the safety of Igbo in the region.

A coalition of Northern groups, including the Arewa Youth Consultative Forum, had on Tuesday, given all Igbo resident in the 19 states of the North a three-month ultimatum to quit or be forced out after the expiration of the October 1, 2017, deadline.