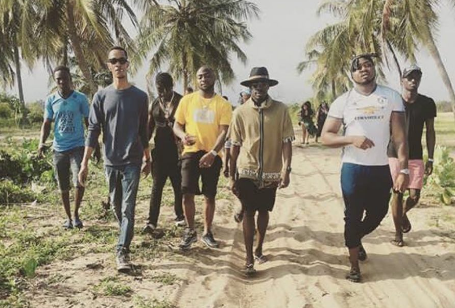 Recall that it was reported that two of Davido’s guys, dropped Tagbo at the hospital and when he reportedly died before the nurse got to their car, the allegedly refused to give their contacts.

The Two have been arrested by the Lagos State police command, a source close to the situation told LIB exclusively.

The two men were captured by a CCTV camera in the hospital while they brought Tagbo in. After initially claiming to have left Shisha lounge (the last place Tagbo was seen alive) before the incident happened, Davido personally brought the two men to the Lagos State Commissioner of Police on Wednesday.

It’s been revealed that Tagbo died of suffocation and not alcohol intoxication. The boys are currently at Police Lion Building in Lagos Island.