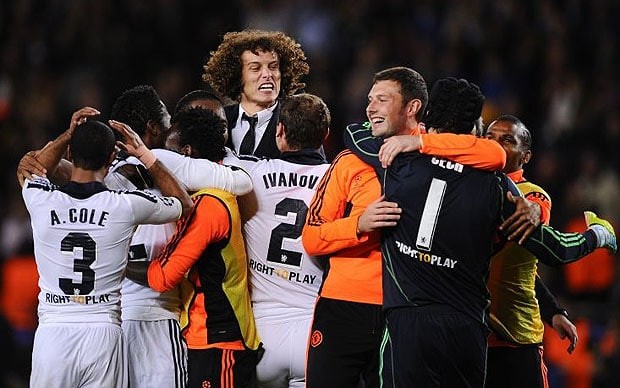 David Luiz talks about Chelsea’s preseason preparations, training in Singapore and much more ahead of the Community Shield.

SINGAPORE — Defender David Luiz joined his Chelsea manager Antonio Conte in praising Singapore as one of the hosts of the 2017 International Champions Cup (ICC), but reserved criticism for the National Stadium pitch.

Luiz, who came off the bench for the first game, started alongside captain Gary Cahill against an Inter side who secured their second consecutive victory to claim the honours.

[But] it was a difficult game, especially because of the pitch. The pitch is not very good… you always need two or three touches. You cannot accelerate the game with one or two touches.

“But it’s okay. It was great to be here. It’s a great country. It’s a great atmosphere so we tried to enjoy, and [now we will] go home because we are a bit tired.”

Conte agreed with Luiz that the Chelsea players were fatigued in the Inter game, even though the Italian side had two days fewer rest after their 2-0 victory over Bayern on Thursday. The Premier League champions had travelled to Singapore after a 3-0 victory over Arsenal in Beijing on July 22.

“We played against two strong teams in Bayern Munich and Inter Milan in a very important period for us because we are working very hard,” Conte said. “But to play three games with the same players means we are tired, very tired.

“We must be pleased about the atmosphere and our fans because to find so many Chelsea fans in China and Singapore is great and I think this is big responsibility for us. We have a lot of supporters all over the world and in Singapore there was a fantastic atmosphere.

“I want to thank all of our fans because they were fantastic. We saw a lot of fans at the hotel, waiting for the players’ autographs and photos. I think this is a big responsibility for us.

Chelsea arrived at Stansted Airport on Sunday, exactly a week before the season-opening FA Community Shield against Arsenal at Wembley Stadium on Aug. 6.

“We have one more week to prepare for this game [against Arsenal] very well,” Luiz said. “It will be tough game against a fantastic team, so it will be a great day.

Jason Dasey is ESPN FC Senior Editor in Singapore. An ex-World Cup & EPL host, he has also been a CNN and BBC broadcaster. Twitter: @JasonDasey.