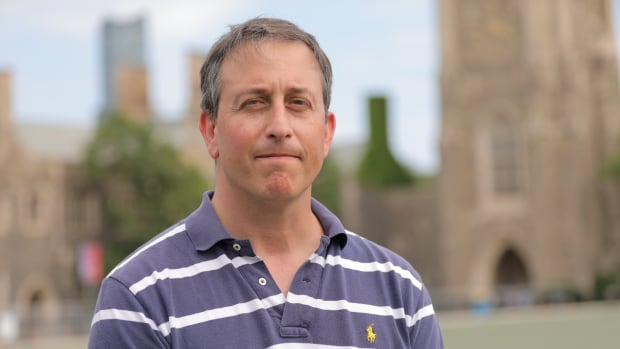 One of Ontario’s most vocal epidemiologists has resigned from the province’s COVID-19 Science Advisory Table, alleging the group has delayed publication of its pandemic projections for the fall due to political interference — a charge the table has denied.

David Fisman, a professor of epidemiology at the University of Toronto’s Dalla Lana School of Public Health, announced he would step down from the table on Twitter on Monday morning, posting a letter of resignation he sent to table co-chair Dr. Adalsteinn Brown.

Fisman said that while he had “mixed emotions” about resigning, he had been “repeatedly dissenting publicly from table guidance,” adding that Ontario “needs a public health system that is arm’s length from politics.”

It is with mixed emotions that I have decided to resign from Ontario’s science and modeling tables. I wish every success to the colleagues who remain on these tables. Ontario needs a public health system that is arm’s length from politics. <a href=”https://t.co/Yq20W1Omog”>pic.twitter.com/Yq20W1Omog</a>

“I do not wish to remain in this uncomfortable position, where I must choose between placid relations with colleagues on the one hand, and the necessity of speaking the truth during a public health crisis on the other.”

The letter did not include any specifics about the alleged political considerations.

Called for earlier release of modelling

His resignation comes two days after he tweeted that the science table had “important modelling work that projects a grim fall” and implied its publication had been intentionally delayed.

“I don’t understand why they’re not releasing that. It’s important for people to understand what lies ahead, and what the stakes are,” he wrote.

The table has strongly refuted that it is purposefully withholding projections for the fall. In a series of tweets from its official account, it said, “There appear to be some rumours that the Science Advisory Table is withholding a consensus model of COVID-19 in the fall. To be absolutely clear, that is not true.”

The table’s statement went on to say that it was currently “working to understand how COVID-19 may affect Ontario in coming months,” which involves integrating and reviewing “many models done by many teams” until there is a “reasonable, scientific consensus.”

There appear to be some rumours that the Science Advisory Table is withholding a consensus model of COVID-19 in the Fall. To be absolutely clear, that is not true. Pls read thread 1/4

“Anything less is not rigorous science, and risks either underestimating or overestimating the real dangers we may face. A lot of mathematical and scientific work goes into generating a modelling consensus that Ontarians can count on; we move quickly, but not prematurely.”

In the hours following Fisman’s announcement, NDP Opposition Leader Andrea Horwath spoke publicly about his departure from the table, saying “any failure here is squarely on Doug Ford.”

“He hasn’t listened, as we all know, to the science table,” she said. “He has not acted on their advice and there have been times when he has even misrepresented what the science table was advising. We’re in a very bad spot right now, as everybody knows. It’s two weeks before school comes back and parents are pretty upset and pretty worried.”

“There’s no doubt that the modelling is important, but if you have a government that ignores it anyway, then its value is diminished.”

She said physicians working on the science table were doing so on a voluntary basis, while maintaining their day jobs, and were putting in “tireless amounts of work.”

“They’re working day and night to try and help us out, and they don’t have a leader in their premier — quite the opposite.”

“The Science Table has been a crucial partner in navigating the COVID-19 public health crisis. So when a member seemingly resigns in protest, it is a cause for concern. And it needs to be clarified for the people of Ontario,” Schreiner said.

Prior data released in June

The last modelling data from the COVID-19 Science Advisory Table was released to the public on June 10. The projections indicated that a fourth wave caused by the delta variant was unlikely, as Ontario’s positive COVID-19 cases continued to fall “sharply.”

Brown said at the time that it appeared the province had “turned a corner” in its progress against the pandemic and that Ontarians could look forward to “a much better summer.”

However, the modelling’s key findings did outline that the delta variant was likely to be the dominant form of virus over the summer and “may be more dangerous” than variants that drove previous waves of the pandemic.

Fisman has been a vocal critic of the Ford government and many of its senior public health officials and was an early advocate of the hypothesis that the virus is airborne and primarily transmitted through aerosols.