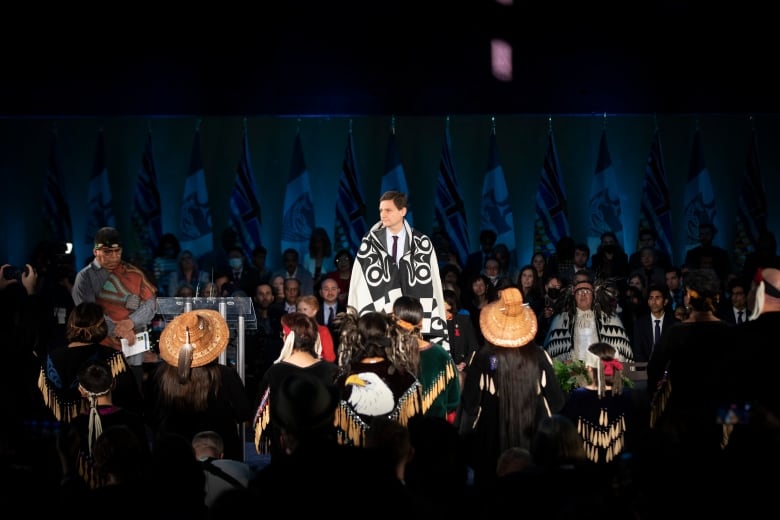 Former attorney general and housing minister David Eby has been sworn in as the 37th premier of British Columbia.

Eby, 46, took the oath of office before Lt.-Gov. Janet Austin during a ceremony at the Musqueam Community Centre, on the nation’s land southwest of Vancouver, on Friday — the first-ever swearing-in of a premier hosted by a First Nation in B.C.

Speaking to the crowded room in the first minutes of his term, Eby named housing, health care and public safety as his top priorities.

“These are massive challenges and if the pandemic taught us anything, it’s that we can’t solve these problems alone. We need to solve them together,” he said.

Eby was surrounded by members of the Musqueam Indian Band, outgoing premier John Horgan and the entire NDP caucus. Eby’s wife, Dr. Cailey Lynch, cradled their daughter Iva as her son Ezra sat by her side.

In his first move as premier, Eby launched two “cost of living” credits for residents and businesses in B.C.

The first is a one-time, $100-credit automatically applied for all eligible B.C. Hydro customers. Those paying commercial rates, including small and medium businesses like restaurants, can receive a one-time credit of around $500.

The credit was formally announced Friday, though the province has been working with the utility to provide the relief since September.

The second is a new B.C. Affordability Credit, which will provide additional funding for low- and middle-income earners to help offset the rising cost of living.

Eby said his cabinet will announce its public safety plan this weekend. On Monday, he said, the government will introduce legislation to address the housing crisis, followed by health-care changes “in the days and weeks ahead.”

WATCH | David Eby is sworn in as premier: 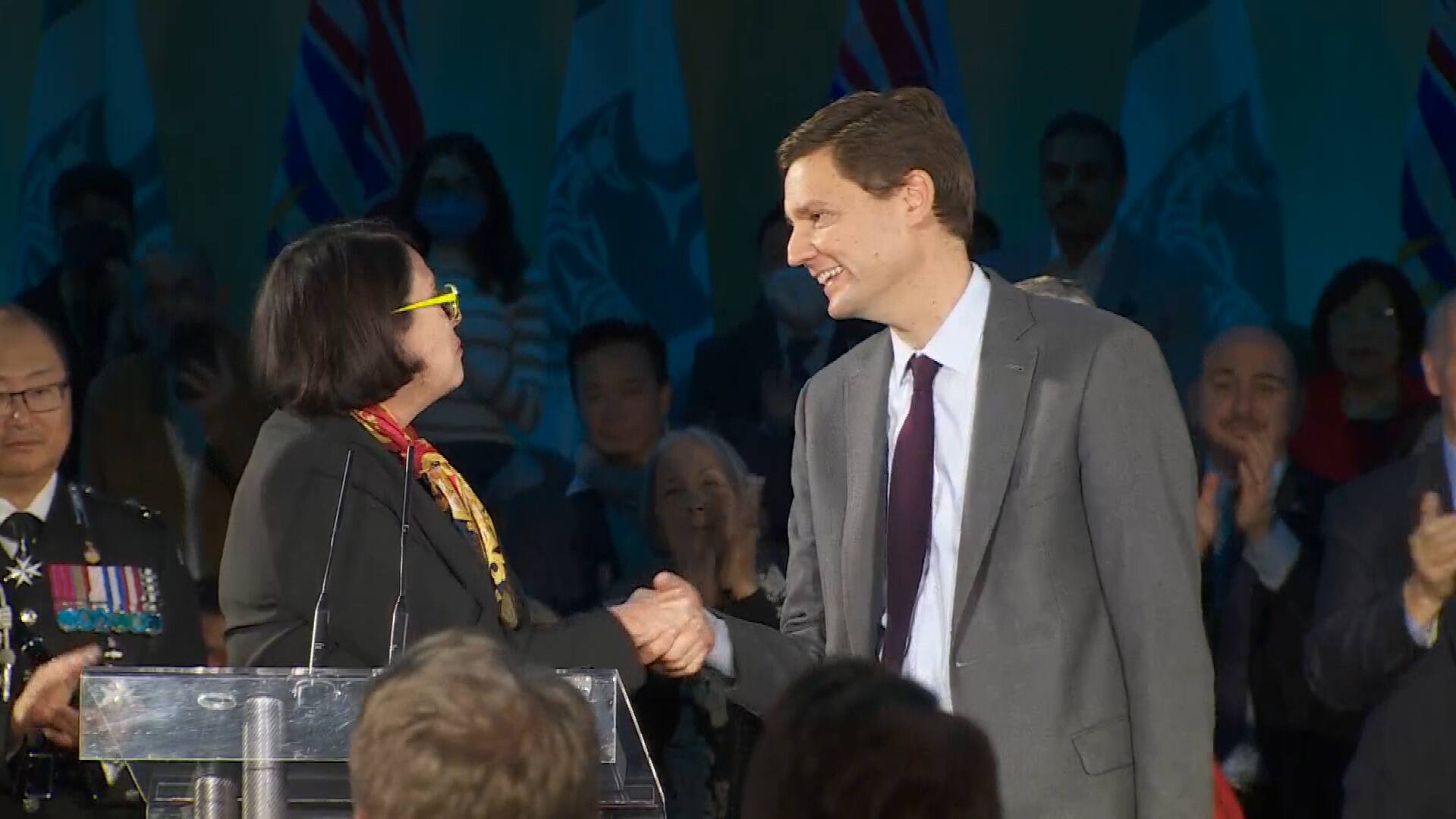 David Eby sworn in as premier of British Columbia

Before the swearing-in on Friday, Eby took part in a Musqueam blanket ceremony as a gesture of support and respect from the nation as he enters office.

“I want to acknowledge our newcoming premier. When we talk about truth and reconciliation, I’ve said numerous times that reconciliation is hopefully not just a word. The actions have to follow,” said Musqueam elected chief Wayne Sparrow, yəχʷyaχʷələq.

Eby replaces Horgan, who stepped down as premier following his treatment last year for throat cancer. Eby singled out his predecessor during his speech.

“There have been a few height jokes and I’ll add one … I’ll let you in on a secret, really,” said Eby, who is six foot seven.

“I’m not as tall as I look because I’m standing on the shoulders of John Horgan.”

Activist to lawyer to premier

Eby was born and raised in Kitchener, Ont., and moved to B.C. in the early 2000s after completing an undergraduate degree in “rhetoric and professional writing” at the University of Waterloo and earning a law degree at Dalhousie University.

He was a lawyer with the Pivot Legal Society in Vancouver’s Downtown Eastside from 2005 to 2008. During that time, he advocated for the rights of the city’s homeless residents.

Eby’s political career began with an unsuccessful run in Vancouver’s 2008 municipal election. He entered provincial politics as the B.C. NDP byelection candidate for Vancouver–Point Grey in 2011, but lost to then-premier Christy Clark.

In a 2013 rematch, Eby stunned Clark with defeat and took over the riding he’s held ever since.

He was appointed B.C.’s attorney general in 2017 and housing minister in 2020, resigning from both positions when he announced his bid to become leader of the B.C. NDP in July.

He was acclaimed premier-designate after his only competitor in the leadership contest, Anjali Appadurai, was disqualified following an investigation into her campaign’s tactics.