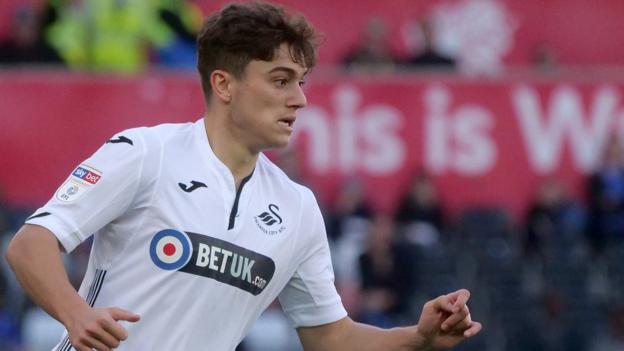 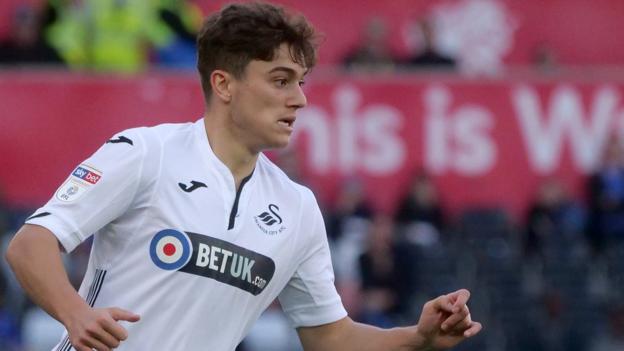 Wales winger Daniel James is set to complete a move to Manchester United after the Red Devils agreed a deal with Swansea City worth about £18m.

James, 21, is expected to finalise the transfer before Wales’ Euro 2020 qualifier in Croatia on Saturday.

The deal will see United pay about £15m up front for the twice-capped international, with the remainder of the fee in add-ons.

It is thought personal terms are agreed with a medical scheduled for today.

He had been on the verge of a January move to Leeds before talks broke down, and impressive performances in the Championship and for Wales has led to him being linked to a number of clubs since.

The Swansea academy product – signed as a schoolboy from Hull in 2016 – made his breakthrough last season, scoring four goals in 38 appearances, while also scoring on his first Wales start against Slovakia.

Former club Hull are due a sell-on fee from the deal of about 5% of the up-front transfer.

James has been included in the Wales squad for Saturday’s Euro 2020 qualifier in Croatia and Tuesday’s game in Budapest against Hungary and the move is unlikely to affect his availability.