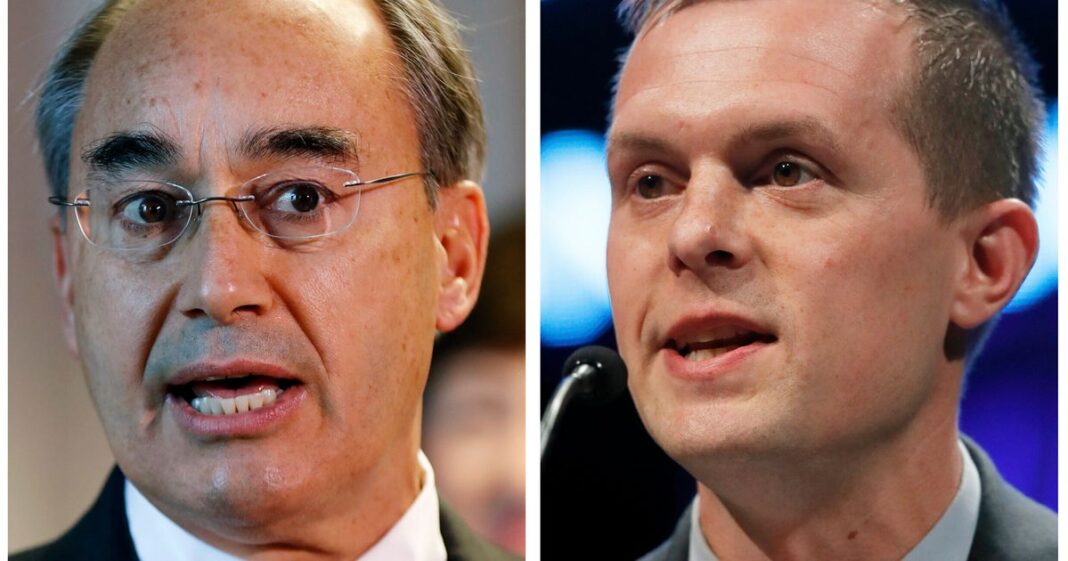 Rep. Jared Golden (D) had a slight lead over his challenger, former Rep. Bruce Poliquin (R), in Maine’s 2nd Congressional District in the immediate wake of Tuesday’s midterm elections. But Golden didn’t secure more than 50% of the vote, meaning the race will be decided by a ranked-choice runoff for the second time in four years.

The ranked-choice voting system allowed voters to rank the three candidates from first to last. The race now hinges on the voters whose first choice was independent Tiffany Bond. This group of voters will have their second choices tallied, and either Golden or Poliquin will need to clear 50% of the vote, plus one additional vote, to win the seat. The race is slated to be decided next week.

In 2018, when the same three candidates ran against one another, Poliquin was the incumbent and had a slight edge when the initial results were counted. But once the race went to a runoff ― in the state’s first time using ranked-choice voting ― Bond supporters’ second choices shifted the votes and helped Golden clinch a win.

Golden, 40, is a moderate Democrat who has voted against party lines, including when he refused to back the Biden administration’s $1.9 trillion COVID relief package and opposed the Build Back Better Act because it included a tax break for millionaires. He also voted against an assault weapon ban and criticized President Joe Biden’s plan to cancel student loan debts.

Poliquin, 68, represented Maine’s 2nd Congressional District before Golden unseated him in 2018. He calls himself “pro-life” and voted in 2015 to bar taxpayer money from funding abortions, but he acknowledged during his most recent campaign that abortion is legal in Maine, and said he believes states should decide the matter.