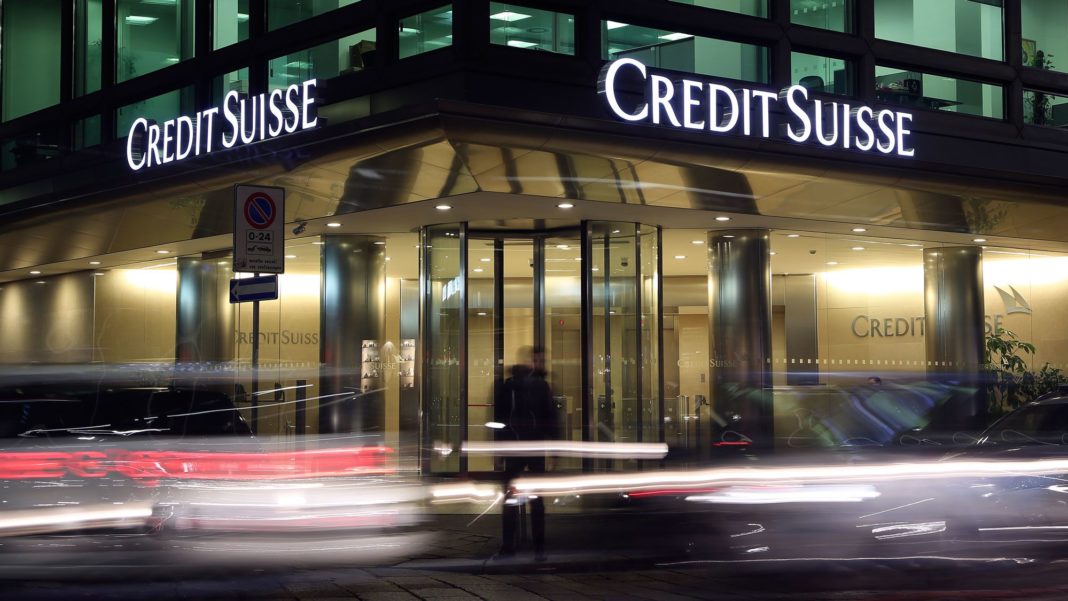 Credit Suisse was the only Wall Street firm that didn’t sail through the Federal Reserve’s annual stress test, as competitors from J.P. Morgan Chase to Bank of America got approval to boost dividends and share buybacks.

The U.S. division of Zurich-based Credit Suisse has to fix problems the Fed found in its capital planning processes by Oct. 27, according to the Federal Reserve. Specifically, the Fed found weaknesses tied to assumptions the bank made for trading losses under a stressed scenario. Credit Suisse has to keep its capital distributions at the 2018 level until it satisfies the Fed.

In this year’s version of the regulator’s annual ritual, 18 of the biggest institutions operating in the U.S. had to show they can survive an economic downturn while maintaining the ability to make loans and continue paying out dividends. That hinges on a bank’s capital, or the difference between assets and liabilities, which acts as a cushion to absorb losses.

Bank stocks climbed in after-market trading, with the exception of Credit Suisse, which fell 2.8% at 4.47 p.m.

Apart from Credit Suisse, every bank won approval to boost shareholder payouts under the capital plans they submitted. Credit Suisse received a conditional non-objection, which is the same designation that Goldman Sachs and Morgan Stanley got last year. In the 2018 tests, the two U.S. investment banks fell below minimum capital levels under a stressed scenario.

Still, no bank failed the 2019 round of the Fed’s stress test, the second time that’s happened since it began the annual review in 2009. (The designation given to Credit Suisse is a kind of middle ground between passing and not passing.)

And overall, the results show a resilient banking industry compared to the depths of the financial crisis a decade ago, when the U.S. had to bail out lenders. The industry has bolstered the rigor of its planning for worst-case scenarios and more than doubled the capital it has to absorb losses to about $800 billion, according to the Fed.

“The stress tests have confirmed that the largest banks are both well capitalized and place a high priority on strong capital planning practices,” Randal Quarles, vice chair for supervision, said in a statement. “The results show that these firms and our financial system are resilient in normal times and under stress.”

Another embattled company, Deutsche Bank, passed this year’s stress test after failing last year. The U.S. division of Deutsche Bank made progress in fixing its issues related to data management and forecasting revenues and losses, according to a senior Fed official.

J.P. Morgan and Capital One reined in their initial capital plans by resubmitting their payout plans, using a so-called mulligan to stay above the required minimums, according to the Fed official.