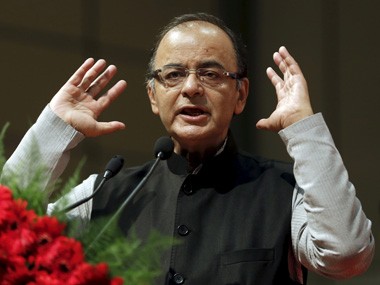 Amid macabre political killings in Kerala, Union Minister Arun Jaitley on Sunday accused the state’s ruling CPI(M) of unleashing its cadres for “eliminating rivals and creating en environment of violence”. Jaitley, who was here to provide a healing touch to the family of RSS worker Rajesh, allegedly killed by CPI(M) cadres on July 29, mounted a scathing attack on the LDF government, saying incidents of violence increased every time it came to power. “Every time the LDF is in power, incidents of violence increase. The kind of wounds that were inflicted on Rajesh would even have embarrassed terrorists,” he told reporters.

Eearlier, addressing a condolence meeting for Rajesh Jaitley said the ruling party cadres were being “eliminating its political opponents and creating an environment of violence”. The CPI(M), he said, needed to introspect.

Jaitley, who visited the family of Rajesh in the morning, accused the police of bias, insisting it was a “silent spectator” when RSS and BJP workers were attacked and killed.

The BJP-RSS and CPI(M) cadres are locked in a bloody battle of attrition in the state which has claimed several lives on both sides. There has been a spurt in such incidents in the recent past as the BJP seeks to expand its base in the state.

The CPI(M), meanwhile, countered Jaitley’s claims by organising a ‘Satyagraha’ in front of Raj Bhavan where relatives of 21 of its cadres done to death allegedly by the RSS were present. They demanded that the union minister also visit their homes.

The CPI(M) accused the RSS-BJP combine of spreading “false propaganda” about political violence in the state.

CPI-M’s state Secretary Kodiyeri Balakrishnan alleged that incidents of political violence had increased only after the visit of BJP President Amit Shah in early June.

The BJP was implementing “Amit Shah’s plan” in the state by engaging in violence, Balakrishnan alleged.

Jaitley, whose visit to the state is being widely seen as an attempt by the BJP to bring under national focus the issue of alleged increasing attacks on party cadres by the CPI-M, also questioned the “complete silence” of those who otherwise speak against similar incidents in other parts of the country on the “continuing saga of violence in Kerala”.

He asserted BJP and RSS workers would not be cowed down by such violence which will only strengthen their resolve to work harder.

“Those who perpetuate violence, must remember that our organisation, our political party and other sympathetic organisations have survived through generations despite these kinds of assaults which have befallen us. This kind of violence will neither suppress the ideology in the state of Kerala, nor scare our workers and cadres,” he said at the event to condole Rajesh’s death.

“I have come here to express solidarity of our central leadership with karyakarthas (workers) in this hour of crisis. The central party fully supports you whichever way it is necessary. I will once again appeal to you that those who have been murdered we must not forget them. We must continue to be inspired by their sacrifices,” he said.

He said in his death Rajesh would continue to inspire all RSS and BJP workers, and asked the Sangh volunteers to take care of his family.

The minister earlier met and consoled the aged parents, widow and young children of Rajesh and spent some time listening to their problems.

He also met the family of another RSS worker Jayaprakash, who was seriously injured in an alleged attack by CPI(M) cadres.

BJP sources said Jaitley was likely to submit a report on his visit to the party’s central leadership. Some in the RSS have been demanding imposition of President’s rule in Kerala over breakdown of law and order.