COVID-19 prompts flood of people to write, change their wills — but quarantine measures are getting in the way 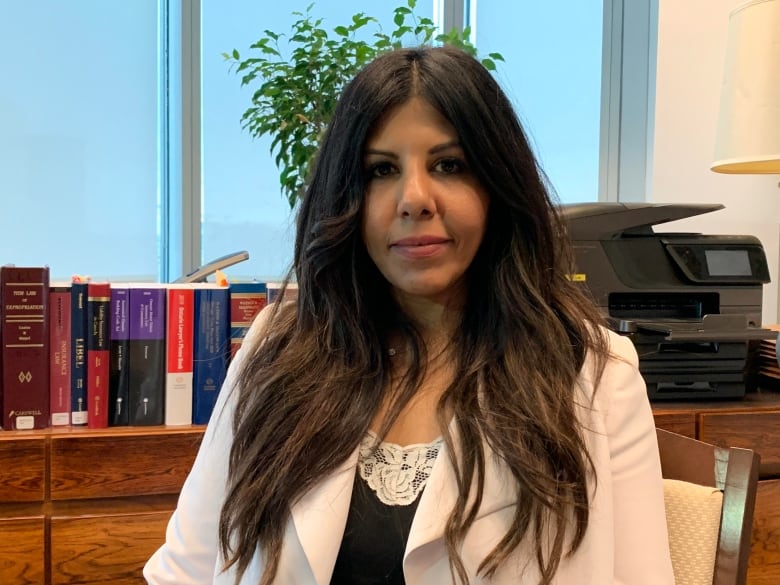 Waves of people concerned about COVID-19 are rushing to write or change their wills, but they’re running into a roadblock caused by the effort to curb the pandemic.

Legally, a last will and testament or any changes to the document requires two witnesses, something that is often not possible in cases where a person is in quarantine or isolation.

“Our practices have become really busy during this time, because of the pandemic,” said Kavina Nagrani, chair of the Canadian Bar Association’s Elder Law section. “People are vulnerable, they have more time on their hands, they’re at home, they’re thinking about mortality and necessarily their wills and powers of attorney become a critical component.”

But a file Nagrani and Peter Carey, a partner in their Toronto-area firm of Loopstra Nixon, are currently working on illustrates the dilemma for many older people.

The case involves an 89-year-old woman in Scarborough, Ont., who is in poor health and wants to update her will, but is currently in isolation at home. (The firm is not releasing the woman’s name because they’ve yet to file anything in court.)

“She has no immediate family. She lives alone except for one caregiver who lives with her. And in order to have somebody else witness [the document], they have to bring somebody else into the mix, and she’s uncomfortable with it because [the client is] in a very high-risk group should she actually contract the coronavirus,” said Carey.

He added that this is not an unusual circumstance.

The lawyers say any firm that practises estate law is running into the same issue.

Trying to ‘advance the law’

The coronavirus has people the world over worried about death, but in many cases, the very nature of the health crisis raising those fears is also preventing them from putting their affairs in order.

At the same time, the issue is exposing what some say is an archaic, outdated legal requirement and the need for the law to catch up with today’s technology.

“What we’re trying to do is advance the law a little bit by obtaining a court order that says it’s OK to witness the will over the internet, whether it be Skype or Zoom or what-have-you,” said Carey. “We feel that the technology has progressed to the state where that kind of attestation is as good if not better than the standard two signatures of two individuals.”

It is possible to write a holographic will in one’s own handwriting, but that may not be feasible for elderly people with certain health conditions such as arthritis, essential and age-related tremor, or failing eyesight.

Holographic wills may also not be appropriate when the will is more complex.

The alternative could be signing a will in front of virtual witnesses, via video conference or online video chat.

Many documents such as real estate purchase agreements can now be signed virtually using services like DocuSign.

The idea of a virtual component in a sworn legal document is gaining a foothold in other circumstances, said Carey.

Affidavits typically have to be sworn in front of a commissioner of oaths or a lawyer, and the default is that the person signing the affidavit has to be physically present. But the courts have recently released a series of guidelines relaxing that requirement, allowing people under certain circumstances to commission affidavits virtually.

But that’s not yet the case when it comes to wills.

In Ontario, for instance, the Succession Law Reform Act, the legislation that governs the proper execution of a will, states explicitly that it must be signed in the presence of two people both present at the same time.

“So our entire argument rests on what is the definition of ‘in the presence of,'” said Nagrani. “Does that mean physical presence? Does it include a virtual presence?”

One of the issues some lawyers raise with this is the possibility of unseen coercion, perhaps by someone who may be in the room but out of sight of the camera.

It’s a concern shared by the Canadian Association of Retired Persons (CARP).

“I’m not a lawyer, but I do see some potential for abuse,” said Marissa Lennox, chief policy officer for CARP.

Carey said that’s a risk in any circumstance.

“How do you know there’s not unseen coercion when someone [physically] witnesses a will?” said Carey.

CARP also has some concerns over the ease with which videoconferencing would make wills accessible.

“The other thing that videoconference does is it to an extent eliminates the formality of a will and makes it somewhat more convenient. And is that really what we want? I mean, at the end of the day, wills are and should be formal, very serious documents,” said Lennox.

At the same time, she sees some advantages.

How Canadians across the country are helping each other through the COVID-19 pandemic. 3:04

“Our current members are always looking for things that’ll make their lives more efficient and more convenient. And you know, in the 21st century, obviously technology plays a big role in that.”

Carey and Nagrani intend to bring their motion before Ontario Superior Court this week, but that presents another issue: The court is running on reduced capacity and is only hearing matters considered urgent.

It’s not clear if this would fall under that definition — even if some might consider it, literally, a matter of life and death.