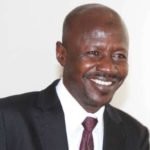 When the matter was called on Thursday, Mr Mohammed Shehu, counsel to one of the respondents, asked the court for an adjournment to enable him familiarise himself with the case.

Shehu prayed the court to grant his request as this was his first appearance in the matter.

Jideobi who represented himself, said he had no objection to the application for adjournment.

Justice B.O Quadri adjourned the matter until Oct. 10 for hearing.

The News Agency of Nigeria (NAN) reports that Jideobi is asking the court to make a pronouncement terminating the continuous stay of Magu as Acting Chairman of EFCC.

He said that the Senate rejected Magu’s appointment and by virtue of that expediency, the commission being headed by an acting chairman ended when the president wrote requesting for a substantive chairman.

However, the Federal Government, through the office of the Attorney- General of the Federation, objected to the application on certain terms.

Counsel to the Federal Government, Mrs Maimuna Shiru, said that one of the terms had to do with the powers of the president to appoint a chairman for the EFCC, whether in acting or substantive capacity.

Besides Magu, others named as defendants in the matter include the Senate, the Attorney-General of the Federation, and the EFCC.