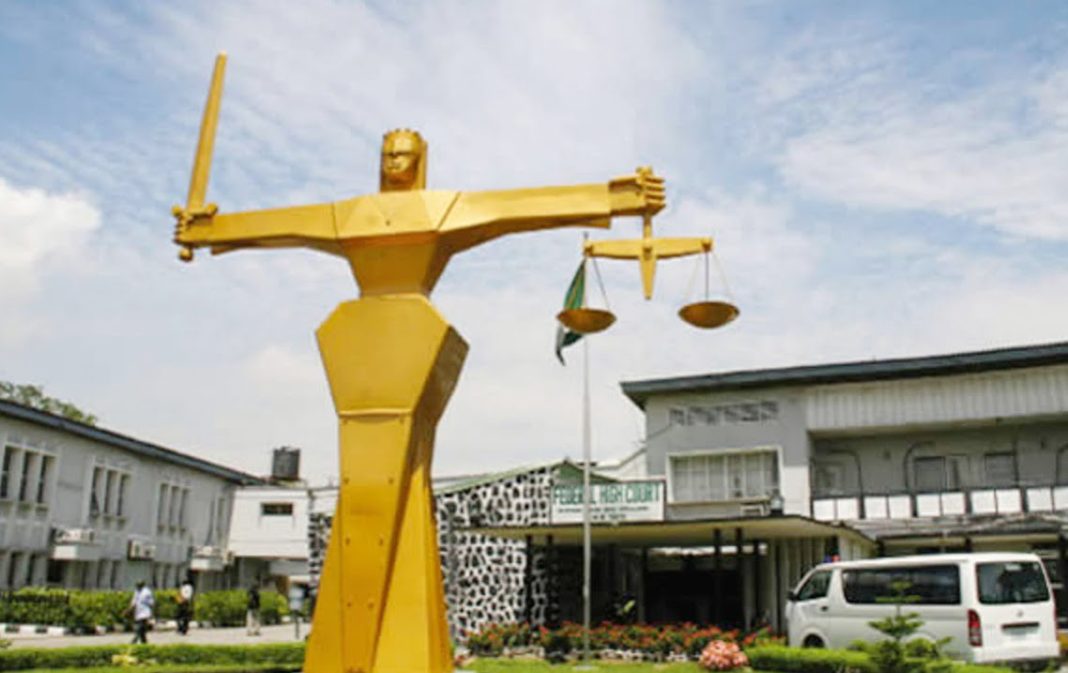 A Federal High Court in Abuja has restrained the Federal Government from enforcing or giving effect to the controversial Customs Modernisation Project, otherwise known as e-Custom, allegedly executed by its agents on May 30, 2022.

Also read: 10 Ways Instagram Is Changing How Businesses Market Themselves

The court also issued an order of interim injunction against the Federal government or its agents acting through the Federal Executive Council, FEC, from retrospectively ratifying the decisions to concession the Custom Modernisation Project also known as e-custom project to Trade Modernisation Project limited, Huawei Technologies Company limited and African Finance Corporation.

The restraining order issued by Justice Inyang Ekwo of the Abuja division of the court shall last till the hearing and the determination of a suit brought against the Federal Government by two aggrieved companies.

An enrol order issued by the court dated June 17, 2022, was signed by Justice Inyang Eden Ekwo and sighted by wowplus correspondent.

Counsel to the two aggrieved companies, Mr Anone Usman had on behalf of the two plaintiffs argued an ex-parte application, in which he prayed the Federal High Court for interim orders against the defendants to protect the interest of his clients.

Justice Inyang Ekwo, while ruling on the ex-parte application granted the prayers of the plaintiffs having placed sufficient evidence of interest in the concession project.

The Judge also granted permission to the aggrieved companies to serve a Writ of Summons and all other processes on the African Finance Corporation at its head office, located at Ikoyi, Lagos, through DHL courier services.

Justice Ekwo subsequently fixed June 28 for hearing in the matter.

The two plaintiffs had in their statement of claims narrated how they proposed to carry out Custom Modernisation Project through several government officials for the benefits of the Nigerian Custom Service.

They claimed that after series of meetings and negotiations with some of the defendants, President Muhammudu Buhari granted anticipatory approval for the e-custom Project

They averred that on September 2 , 2020, the Minister of Finance presented a memo with number EC2020/153 to the Federal Executive Council, the highest decision making body of the federal government and secured approval for the two plaintiffs to be granted the award of the concession.

The Plaintiffs further claimed that trouble started when the Nigeria Custom Service unilaterally reviewed the Federal Executive Council approval and imposed other conditions, among which are shareholding formulae and governance structure on them.

They claimed that the power of the Nigeria Customs Service to unilaterally review FEC approval was protested and that the Comptroller General of the agency stood his ground.

The Plaintiff asserted that to their surprise, they read in the news that the Nigeria Custom Service had executed a concession agreement with the Trade Modernisation Project on May 30, 2022, with Huawei Technologies Company and African Finance Corporation in total breach of the Concession Agreement vetted by the AGF in conjunction with the Minister of Finance.

They averred that Tade Modernisation Project Limited was incorporated in April, 2022 at the Corporate Affairs Commission (CAC) with one Alhaji Saleh Ahmadu a close friend of the Comptroller General as the Chairman.

Plaintiff asserted that the new company, having been just incorporated in April 2022 could not have obtained and did not obtain the full business case compliance certificate from the Infrastructure Regulatory Concession Commission IRCC and the approval of the Federal Executive Council to carry out e- custom project.

They asked the court to make declaration that the decisions of the Federal Government and its agent to enter into concession agreement with Trade Modernisation Project Limited, Huaewai Technologies Company and African Finance Corporation in respect of the e-customs project is illegal, null and void, having been made in gross violation of Section 2 of the Infrastructure Concession Regulatory Commission Act 2005.

They also asked the court to declare that e-Customs HC Project limited is the approved and rightful concessionaire for the e-customs project as approved by Federal Executive Council at its meeting of September 2, 2020 and in line with Section 2 of the Infrastructure Regulatory Concession Commission Act.

They also applied for an order of the court directing the Federal Government, through AGF, Finance Minister, IRCC and Customs to consulate the e-custom project with the 1st plaintiff, (E-Customs Project Limited) as approved by FEC in its September 2020 meeting.

Besides, the two plaintiffs asked the court to compel the defendants to pay them a sum of two hundred million naira (N200m) as cost of litigation.