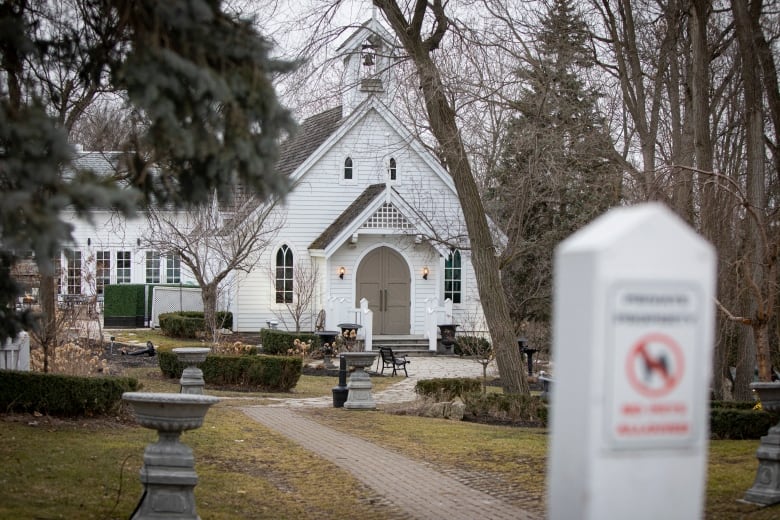 Joyce Fung and Calvin Chan thought they’d be newlyweds by now — partway through their first year of wedded bliss, not still locked in a months-long battle over $10,000 they can’t get back.

The pandemic derailed their summer wedding plans — booked for last July in Kleinburg, Ont. Five months earlier, they’d seen it coming and asked for the deposit at their wedding venue to be returned. They’ve been locked in a battle ever since.

Countless complaints on social media and reports from various legal experts suggest they are just one of hundreds of couples across Canada struggling to negotiate refunds from vendors who refuse to pay up, citing their own dire finances because of COVID-19.

It’s raising questions about how the pandemic will affect the interpretation of cancellation or postponement clauses that exist in most wedding contracts.

“We’re navigating new waters,” said Alycia Rose, a lawyer who specializes in consumer law and breach of contract, based in Concord, Ont.

Rose says she knew the coronavirus would throw a wrench into many wedding plans, so she quickly created a website, The Wedding Lawyer; a strategy she says paid off, as she’s been getting calls and emails “seven days a week” from couples locked in wedding disputes since the start of COVID-19.

“This is complex contract law,” she said, “and we’re dealing with an unprecedented pandemic.”

Even before Chan proposed, Fung knew she wanted to get married at the historic building known as the Doctor’s House.

“It has such a beautiful landscape and greenery,” said Fung. “I knew it would be the perfect backdrop for our wedding day.”

Have a question or something to say? CBC News is live in the comments now.

Her fiancé liked it too, and they put down deposits totalling $10,200, roughly half the cost of the anticipated celebration to be held on Saturday, July 18 last year — a primo summer date for a wedding.

“It was exciting for us to be able to plan our future,” said Chan. “We put a lot of effort, attention, and work into planning our wedding around this date.”

But when the pandemic got in the way, they were told they’d have to pay another $2,000 to reschedule to a similar summer date a year later. Shortly after, as more couples scrambled to reschedule, that figure grew to $5,000.

“It was tough,” said Fung, who refused to pay more since, she says, they had already paid premium prices for their original wedding date. Consequently, she says, they were initially offered only poor alternatives — weekdays in the middle of winter.

When they suggested cancelling the wedding altogether, they say they were told they’d have to fork over another $10,000, on top of their deposit, to cover what they committed to spending in the contract. That would’ve meant paying $20,000 for a wedding that never happened.

Joyce Fung and Calvin Chan share their struggle juggling multiple vendors after their wedding was postponed. 1:03

Fung and Chan argue they’re entitled to a refund of their deposit, because the venue did not deliver what was promised — a wedding with 100 guests on the original date.

“When it comes down to the bare bones, the contract wasn’t fulfilled,” said Fung. “We’re being taken advantage of.”

But the venue owner, Ben Graci, argues he’s protected — in part — because the three-page contract clearly says deposits “are not refundable.”

Another section in the contract deals with unexpected events that could affect delivery of services, commonly referred to as a “force majeure” clause.

Graci argues its language about “causes beyond its control” — like a pandemic — protects him from having to return the deposit. He says offering the couple another date satisfies the agreement.

Venue owner Ben Graci says the pandemic’s effect on wedding celebrations is not the fault of his business. 1:07

Rose says that conclusion is up for interpretation, as are “force majeure” clauses in general, when it comes to weddings affected by COVID-19.

“That clause can be used to excuse either party from contractual obligations in the event of serious unforeseen circumstances — such as an ‘act of God,’ or government action — and it remains to be seen whether the pandemic might apply,” said Rose.

“Judges will need to be considering the fact that this is new and this scenario is distinguishable from previous situations,” she said. “And specifically weddings.”

Graci says he’s being sued by “about ten” couples and that the courts may have to determine how things play out.

He says his business is “handcuffed” by the province’s restrictions on large gatherings.

And, he says, while the government is driving the bus when it comes to fixing Canada’s economy, the wedding industry as a whole has been left behind.

Sayaka Tiessen and Benji Wales talk about their experience taking their venue to small claims court. 1:16

“We’re not even a passenger on the bus. We’re sitting on the bumper outside of the bus. And we’re going along for the ride.”

Rose admits it’s “not a black and white world.” But she and other lawyers who spoke to Go Public say couples in Ontario have a good chance of getting their money back if their wedding services can’t be delivered within 30 days of the original contract.

“The consumer has the right unequivocally to cancel the contract and demand full repayment of any money paid.”

Rose says it’s clearly laid out in Section 26 of Ontario’s Consumer Protection Act — which she argues supersedes all clauses and agreements that may exist between couples and venues.

WATCH | Couples fight to get wedding deposits back:

A couple Goes Public about their fight to get back their wedding deposit of tens of thousands of dollars after COVID-19 cancelled their plans. 2:09

“It’s not something that I’ve been successfully able to drive home with a lot of venues, which leads us to litigation,” she said. “But that’s actually the main piece of legislation that couples should be — and will be — relying on, moving forward.”

Go Public looked at consumer legislation across the country and found varying degrees of protection — it appears no province other than Ontario has legislation with that “30-day” clause. Quebec’s consumer protection office has recognized wedding receptions have become such an issue during COVID-19 that it set up a specific web page to help couples tackle the problem; the only province to do so.

Benji Wales and Sayaka Tiessen of Waterloo, Ont., are so fed up with their wedding vendor they’re headed to small claims court.

The couple signed a contract with Berkeley Events — the owner of various downtown Toronto venues — in May and made two deposits totalling $9,600 for a wedding with 100 guests. Then the pandemic hit.

Reluctantly, they agreed to move their date ahead to November, but when it became clear a large wedding wouldn’t be possible then, either, they asked for their money back — even saying they’d split the deposit 50/50.

In their statement of claim, they argue the services Berkeley Events would be able to provide in COVID-19 conditions “are radically different” from those of the contract.

Berkeley Events did not respond to an email from Go Public. But in its statement of defence, it pointed to a section of the contract containing the “force majeure” clause — which says the event “might be rescheduled” — and argued there are no limitations to when that might happen.

Both Wales and Tiessen say another postponement is not possible.

“It is not fair to the consumer to have these ever-shifting goalposts constantly for when that date will be,” said Tiessen.

They got married last fall — a small ceremony with just immediate family, in a restaurant.

Rose predicts that courts will soon be flooded with wedding disputes unless both parties are able to settle.

“We’re going to have a lot of case law to look at soon and I’m really looking forward to that, because I think it needs to happen,” said Rose — who recommends that venues do their best to listen to their client’s concerns, or risk harming their reputation down the road.

Graci, the venue owner, says he’s banded together with owners of 108 other Ontario venues to lobby the government for support, saying many venues, such as his, don’t qualify for rent subsidies and they still have hefty insurance premiums — and other expenses like taxes — to pay.

In the end, Fung and Chan reluctantly accepted a Sunday this coming June for their wedding — though they still don’t expect Ontario’s restrictions will allow the 100-person wedding they’d expected.

This ordeal has taught them one thing, says Fung — love is a powerful force.

“It’s really great to see that we are working together, even through tough times,” she said. “That’s the silver lining to me.”

Have questions about this story, or want to share your own experience? We’re responding to as many comments as we can.