Alberta to decide whether to further ease public health restrictions 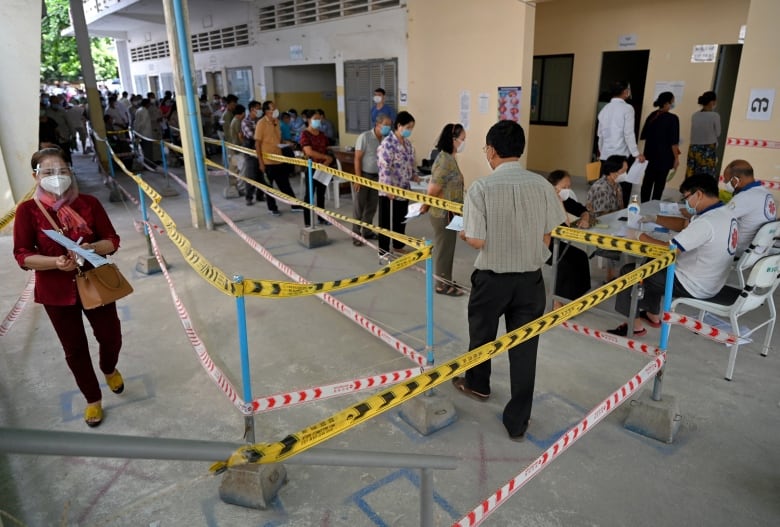 A cabinet committee of Alberta’s United Conservative government is expected to meet Monday to decide whether to further ease public health restrictions.

Premier Jason Kenney said last week that the key metric is the hospitalization rate, which has been well under 300 for three weeks, but the number of Albertans in hospital with COVID-19 has been climbing.

On Sunday, officials reported there were 282 people in hospital.

The 300 figure was announced in January as the benchmark needed before Alberta could move to the third phase of its reopening plan, which includes opening entertainment venues such as movie theatres and casinos, and also allows adult team sports.

Here is a summary of today’s <a href=”https://twitter.com/hashtag/COVID19AB?src=hash&amp;ref_src=twsrc%5Etfw”>#COVID19AB</a> numbers: over the last 24 hours we have identified 555 new cases, which includes an additional 184 variant of concern cases. We have completed an additional 11,405 tests, giving a positivity rate of 4.8%. (1/3)

The number of new COVID-19 cases per day in Alberta has also climbed to more than 500 each day since the middle of last week.

According to a federal website that tracks variant-of-concern cases, as of Sunday evening Alberta had 1,581 reported cases of the B117 variant — the most of any province. The updated figures showed more than 5,150 reported cases of variants of concern across Canada, including:

-From The Canadian Press and CBC News, last updated at 7:45 a.m. ET

In Ontario, people aged 75 and older can now book a COVID-19 vaccination appointment. The change comes as the province on Monday reported 1,699 new cases and three additional deaths. According to provincial figures, there were 813 COVID-19 patients in hospital, including 298 in intensive care.

In Atlantic Canada, health officials reported a total of seven cases of COVID-19 on Sunday — six in Nova Scotia and one in New Brunswick.

Quebec health officials reported 648 new cases of COVID-19 on Sunday and five additional deaths. Hospitalizations in the province stood at 501, with 102 COVID-19 patients reported to be in intensive care units.

Across the North, Nunavut Premier Joe Savikataaq tweeted on Saturday that the territory had no active cases.

‼️Nunavut is reporting ZERO active cases of <a href=”https://twitter.com/hashtag/COVID19?src=hash&amp;ref_src=twsrc%5Etfw”>#COVID19</a> today! <br><br>Way to go Arviarmiut! Your strength and hard work has paid off. Keep it up. I’m so proud of my home community!‼️ <a href=”https://t.co/gjzy5JZP9N”>pic.twitter.com/gjzy5JZP9N</a>

As of early Monday morning, more than 123.2 million cases of COVID-19 had been reported worldwide, according to a tracking tool maintained by Johns Hopkins University. The global death toll stood at more than 2.7 million.

AstraZeneca’s COVID-19 vaccine performed better than expected in a major late-stage trial potentially paving the way for its emergency authorization in the United States and bolstering confidence in the shot after numerous setbacks.

In Europe, Germany is set to extend a lockdown to contain the pandemic into its fifth month, according to a draft proposal ahead of Monday’s video conference of regional and national leaders, after infection rates exceeded the level at which authorities say hospitals will be overstretched.

Bells tolled across the Czech Republic at noon Monday to honour those who have died of COVID-19 in one of the hardest-hit European Union countries.

In the Americas, officials in Miami Beach voted on Sunday to extend an 8 p.m. curfew and emergency powers for up to three weeks to help control unruly and mostly maskless crowds that have converged on the party destination during spring break.

Cuba announced on Sunday it would vaccinate 150,000 front-line workers as part of the final phase of a clinical trial of the country’s leading COVID-19 vaccine candidate.

Brazil’s government has been in talks since March 13 about potentially importing excess COVID-19 vaccines from the United States, Reuters reported.

In the Asia-Pacific region, Pakistani authorities banned sports, festivals, cultural events and indoor dining at restaurants as part of new measures aimed at containing the ongoing third wave of coronavirus, which has started flooding hospitals. The announcement was made after a high-level meeting in the capital Islamabad. The new measures will remain in force until April 11.

The latest development comes two days after Pakistan’s Prime Minister Imran Khan tested positive two days after he received his first vaccine dose. There has been a spike in COVID-19 in the capital and elsewhere in Pakistan in recent weeks.

India reported its most COVID-19 cases and deaths in months on the first anniversary of the start of a chaotic countrywide lockdown.

New Zealand’s Prime Minister Jacinda Ardern will announce a date for quarantine-free travel with Australia within two weeks, despite mounting pressure from businesses to open borders with neighbouring countries.

Health-care workers received the first shots in Taiwan’s COVID-19 vaccination drive Monday, beginning a campaign that won’t use supplies from China amid uneven distribution of the vaccines globally. Taiwan has on hand 117,000 doses of the AstraZeneca vaccine, which it is distributing to health-care workers across 57 hospitals.

Taiwanese Premier Su Tseng-chang launched the drive by receiving the first shot at National Taiwan University Hospital in the capital Taipei. “After 30 minutes of rest, there’s no signs of any discomfort,” he said. The rest period is for monitoring recipients for any adverse reactions.

Health officials in Papua New Guinea on Monday reported 242 new cases as of Saturday, bringing total confirmed cases in the South Pacific nation to 3,359. The death toll remained at 36. Police Commissioner David Manning, who is running the country’s pandemic response, said part of the country’s challenge was that many of the cases were asymptomatic.

In Africa, South Africa has concluded the sale of AstraZeneca AZN.L COVID-19 vaccines it had acquired but did not use to other African Union (AU) member states, the health ministry said on Sunday.

Many hope that opening restaurants will help Lebanon as it passes through its worst economic and financial crisis in its modern history. The food and beverage sector employs tens of thousands of people.

Restaurant employees will have to conduct regular PCR tests to make sure they are not infected while working. Restaurants will have to close by 7 p.m. as a countrywide curfew between 8 p.m. and 5 a.m. remains in place.

The lockdown went into affect in early January following a sharp increase of coronavirus cases after the country opened up for Christmas and New Year’s Eve. On Sunday, Lebanon registered 2,253 new cases, raising the total in the country to 436,575. The small country also reported 51 new deaths, raising the total of fatalities to 5,715.

-From Reuters, The Associated Press and CBC News, last updated at 10:45 a.m. ET