Coronavirus: What happened in Canada and around the world on Jan. 1 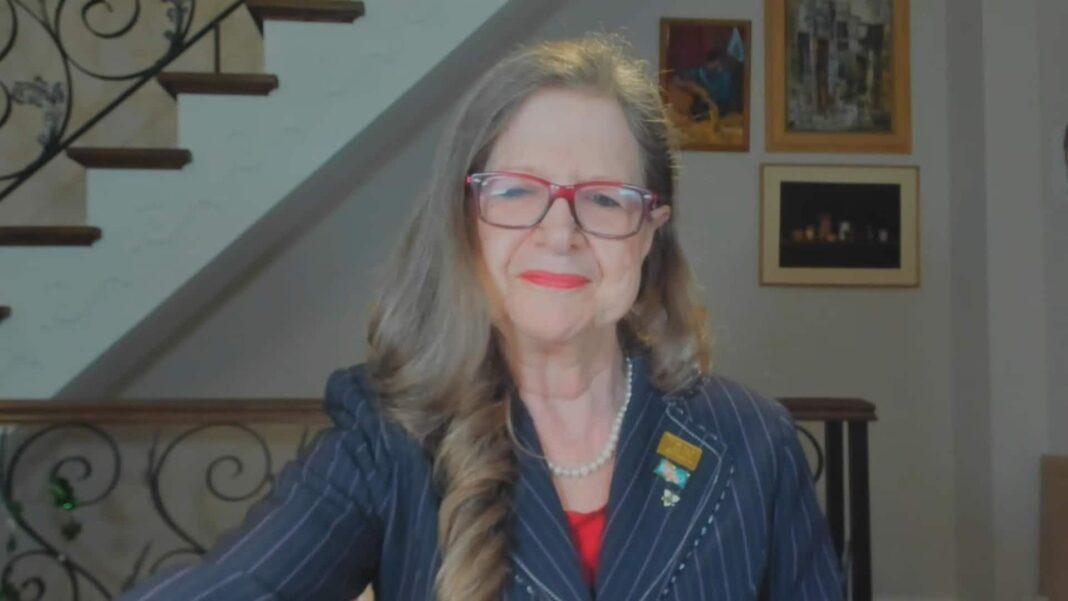 Several provinces have again set new highs in COVID-19 cases, reporting on the first day of 2022 that the highly transmissible Omicron variant continued to drive up infections across Canada.

Infectious disease experts have said for several days that the actual number of new cases is likely far higher than those reported each day because many public health units in Ontario have reached testing capacity.

The provincial public health department said 12 more people have died due to the virus and 85 more people were in hospital. 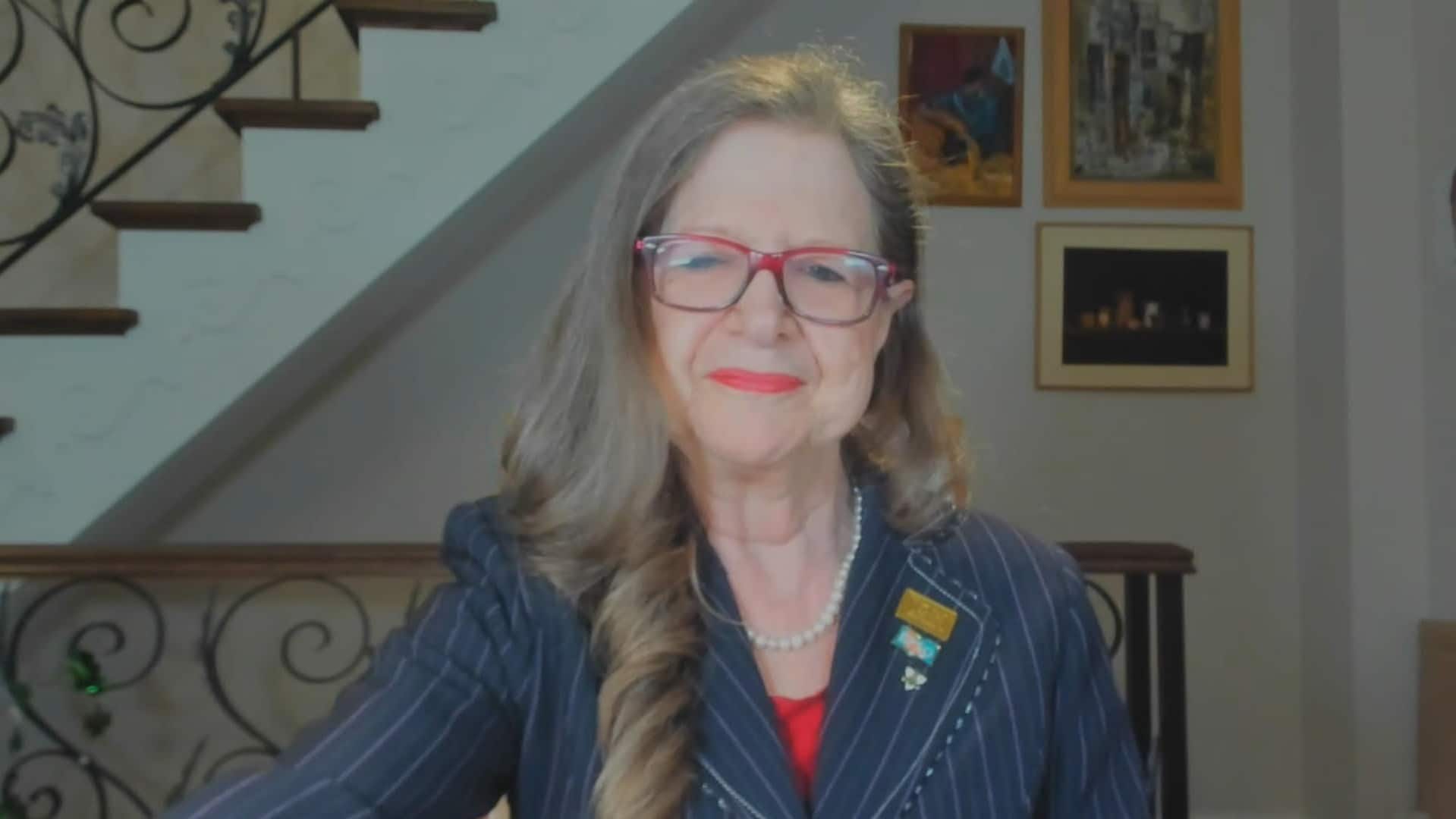 Doris Grinspun, head of the Registered Nurses’ Association of Ontario, responds to news that the Ministry of Education would be suspending the reporting of COVID-19 cases in schools and child-care centres. 8:48

Outdoor New Year’s Eve celebrations in the province were prohibited as of 10 p.m. ET because a curfew, lasting until 5 a.m., went into effect on Friday. The curfew is Quebec’s second of the pandemic. A previous curfew, announced in early January 2021, was in place for nearly five months.

New restrictions also include banning nearly all indoor gatherings and the closing of restaurant dining rooms. Indoor gatherings involving more than one household bubble have been prohibited. 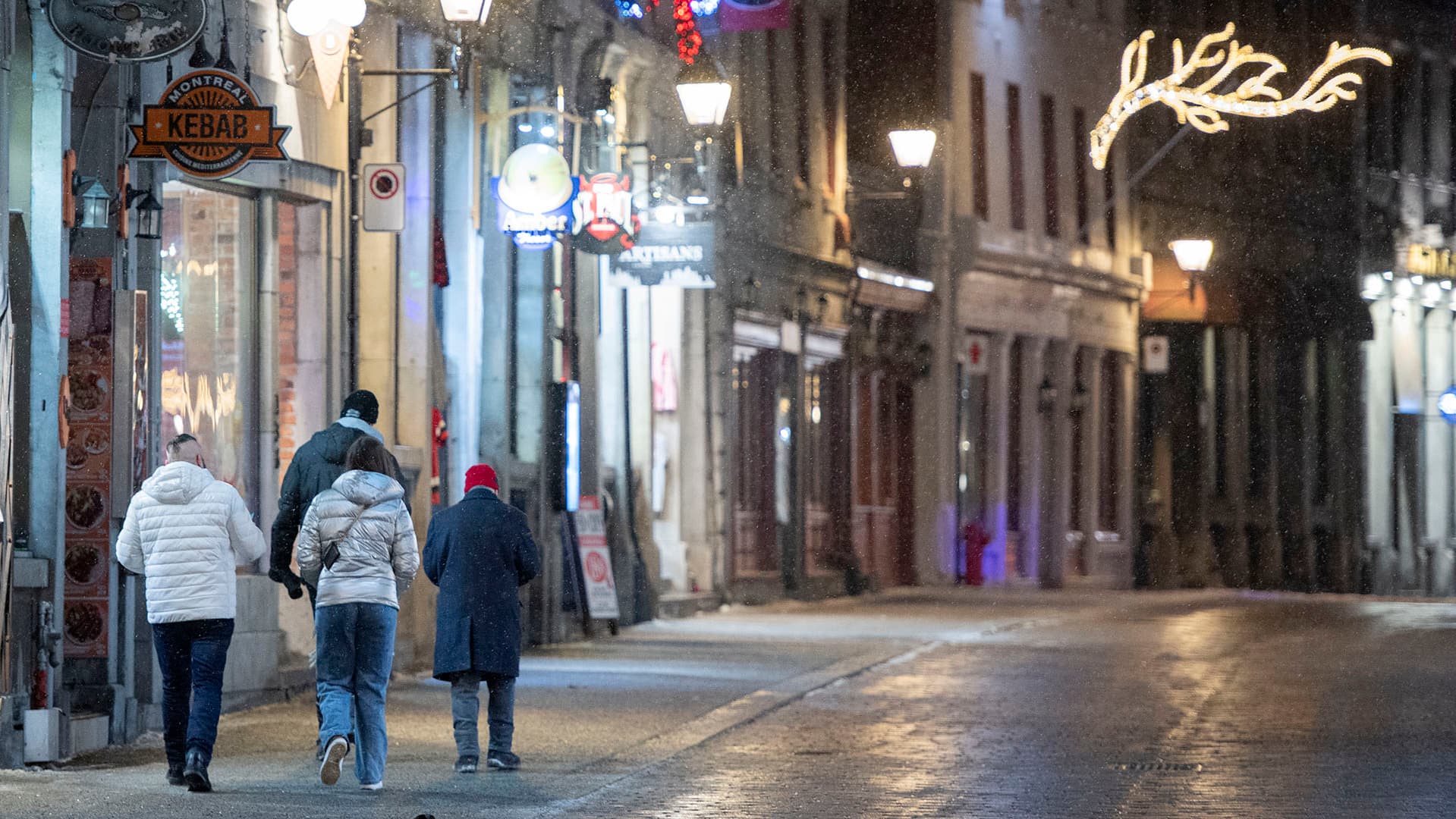 Quebec residents are frustrated and exhausted as the province’s latest round of COVID-19 restrictions — including a renewed curfew — come into effect on New Year’s Eve. 2:17

Meanwhile, with almost two weeks until their next game, and their list of players in COVID-19 protocol growing, the Montreal Canadiens are pausing activities.

The news came shortly after the Canadiens lost 5-2 to the Florida Panthers in Sunrise on Saturday. Montreal dressed only 11 forwards and five defencemen for the game. Forward Jake Evans and defenceman Alexander Romanov were added to the protocol list just hours earlier, giving the Habs 16 players now in isolation.

Records were also set on Saturday in Nunavut, which reported 50 new cases, and Newfoundland and Labrador, which logged 442 new infections.

In Newfoundland and Labrador, Health Minister John Haggie said he had tested positive for COVID-19 and was isolating with cold-like symptoms.

The province’s surge in cases will affect health-care services in St. John’s. Eastern Health says non-urgent services will be temporarily scaled back as of Tuesday to allow for a greater focus on booster vaccine clinics and testing for COVID-19. The health authority says it plans to focus on urgent or emergent acute care services within the city.

However, prenatal appointments will continue, as will those for cancer treatment. The medical imaging program will be performing exams on a priority basis, and those patients will be contacted only if their appointment has been cancelled, Eastern Health said in a statement issued Friday. All non-urgent appointments have been cancelled, it said.

Boosting vaccination efforts is one of the country’s top priorities as 2021 turns to 2022, Prime Minister Justin Trudeau said in his year-end statement on Friday.

Trudeau said Canadians will need to continue working together to end the pandemic, adding that the “strength, determination and compassion” they’ve demonstrated over the past year will “keep inspiring and guiding us in the new year.” 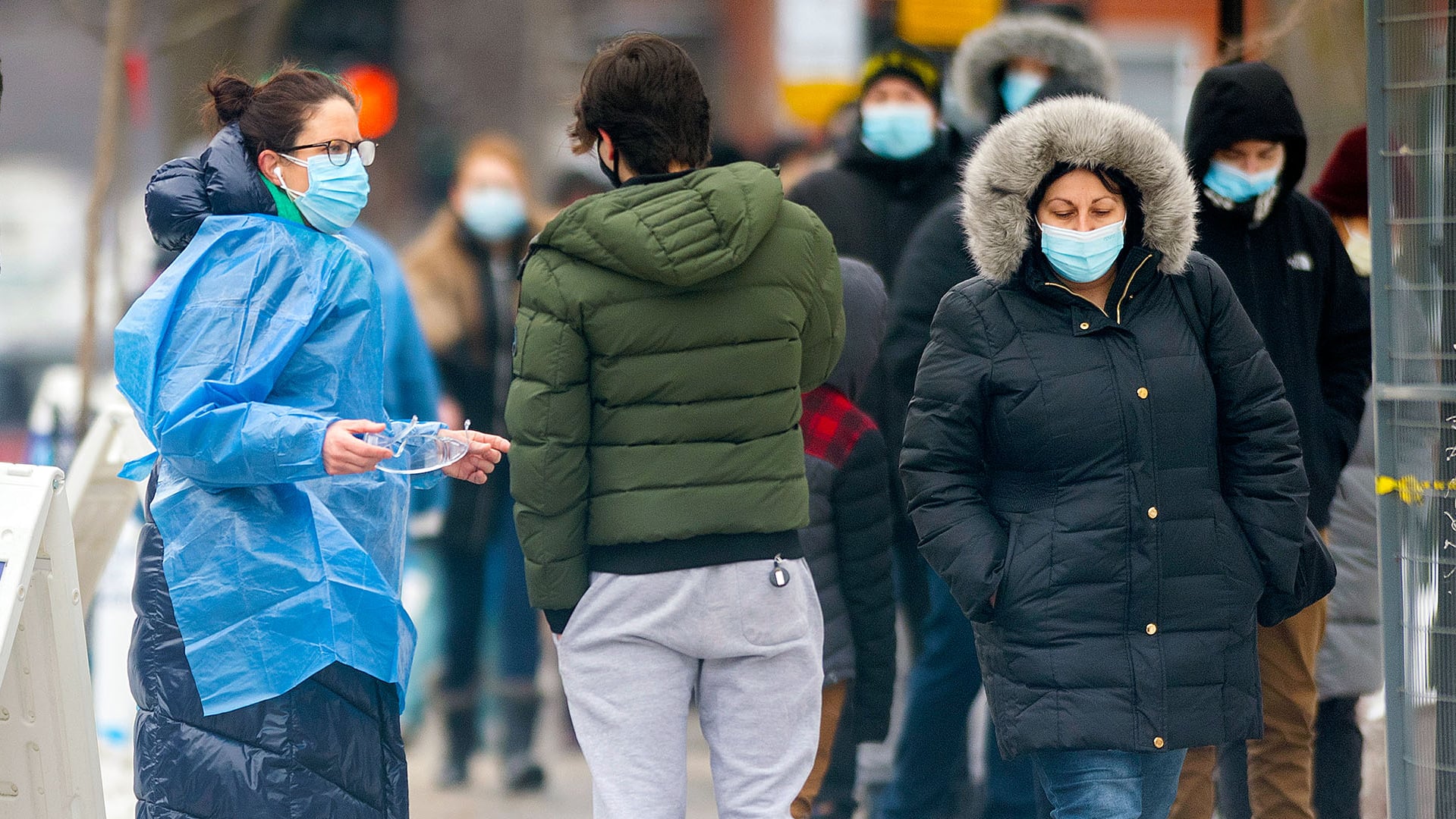 Provinces are shifting their COVID-19 strategies as the Omicron variant sweeps through Canada at record-breaking speed. More provinces have shortened isolation periods, while Ontario has stopped trying to track and trace its cases, as labs report testing backlogs. 2:02

On the last day of 2021, nearly every province reported record-breaking daily numbers for new cases of COVID-19.

British Columbia was no exception, reporting 3,795 new cases of COVID-19 and three more deaths on Friday. Dr. Bonnie Henry, the province’s public health officer, said earlier in the week that the true number of cases is likely higher because B.C. had reached its maximum capacity on testing and contact tracing.

The province also announced it is limiting visits to long-term care facilities to essential visitors and will fast track its booster program.

Shephard also said the province could see more than 160 COVID-19 patients in hospitals by mid-January, a scenario she warned “would very quickly overwhelm” health-care providers.

Nova Scotia reported 618 new cases on Friday. Starting next week, the province will accelerate its descending age-based approach for boosters to include those 30 years and older.

In North, the Northwest Territories, which is delaying a return to school, reported 42 new cases on Friday. Yukon reported 26 new cases and one additional death.

B.C., Manitoba, Alberta and New Brunswick on Friday became the latest provinces to reduce the number of days people with two doses of vaccine must isolate if they get COVID-19. The isolation period has come down from 10 days to five for those individuals.

Ontario and Saskatchewan both announced on Thursday that they were reducing the isolation period to five days for double-vaccinated people with positive test results.

For Ontario and Saskatchewan, the changes were immediate. For B.C. and Manitoba, the new measures start on Jan. 1. Alberta’s change takes effect Jan. 3, with New Brunswick set to implement the measure on Jan. 4.

As of Saturday, roughly 289.1 million cases of COVID-19 had been reported worldwide, according to Johns Hopkins University’s coronavirus tracker. The reported global death toll stood at more than 5.4 million.

In the Americas, the annual Rose Parade returned to the streets of Pasadena, Calif., with marching bands and floral floats after being cancelled last year due to the pandemic. The crowd was smaller than in previous years, but the parade still drew thousands of fans along its 8.8-kilometre route.

The parade and the afternoon Rose Bowl football game between the Ohio State Buckeyes and the Utah Utes remained on track despite an explosion of COVID-19 infections in Los Angeles County, where daily new cases topped 27,000 on Friday.

In the Asia-Pacific region, China ended the final week of 2021 with its biggest tally of local COVID-19 cases for any seven-day period since it largely contained the country’s first epidemic nearly two years ago.

The National Health Commission on Saturday reported 175 new community infections with confirmed clinical symptoms for Dec. 31, bringing the total number of local symptomatic cases in China in the past week to 1,151, driven mostly by an outbreak in the northwestern industrial and tech hub of Xi’an.

Xi’an has been under lockdown for 10 days as of Saturday.

In the Middle East, the United Arab Emirates will ban non-vaccinated citizens from travelling abroad from Jan. 10, the country’s state news agency WAM reported on Saturday, citing the Foreign Affairs Ministry and the National Emergency Crisis and Disaster Management Authority.

The report said that fully vaccinated citizens would also require a booster shot to be eligible to travel. The ban would not apply to those with medical or humanitarian exemptions.

In Europe, Pope Francis delivered a New Year’s message on Saturday in which he acknowledged that the coronavirus pandemic has left many scared and struggling amid economic inequality.

“We are still living in uncertain and difficult times due to the pandemic,” Francis said. “Many are frightened about the future and burdened by social problems, personal problems, dangers stemming from the ecological crisis, injustices and by global economic imbalances.”

Thousands of Rome residents and tourists, wearing face masks as protection against the spread of the coronavirus, gathered in St. Peter’s Square on a sunny, mild day to hear the Pope lay out his recipe for world peace, cheering his appearance.

Morocco shut its borders in late November and will only reopen them at the end of January. It also banned New Year’s Eve celebrations and is enforcing its vaccine pass requirements more strictly in response to the Omicron variant of the coronavirus.

“These restrictions are unjustified and they have made Morocco lose tourists to Mediterranean competitors such as Egypt and Turkey,” said Lahcen Zelmat, head of Morocco’s hotel federation.

Morocco is Africa’s most vaccinated country, having now administered two shots to 23 million people, in a total population of 36 million. Nearly three million have also had booster shots.