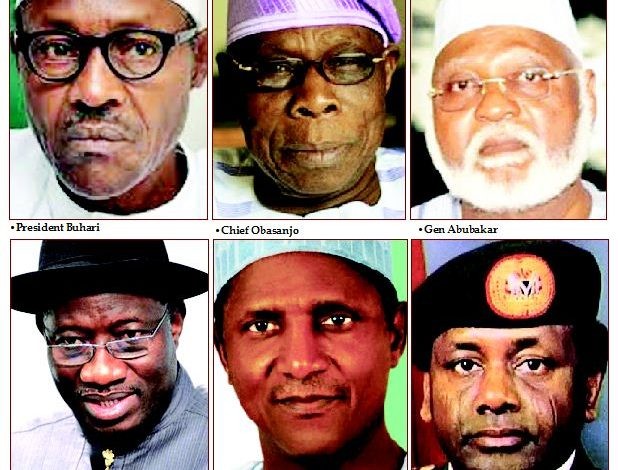 President Muhammadu Buhari’s approval of the withdrawal of Oil Prospecting Licences 2001, 2002 and 2003 in the Utapate Field won by indigenes of the Niger Delta is not only being tackled by the investors but may lead to chaos in the oil-rich region if not properly addressed.

According to the investors, about N44.6bn signature bonuses paid for the licences is also under threat following the approval of the President to withdraw the OPLs from the winners who emerged after the Federal Government opened up the oil blocks to bidders in the 2007 bid rounds.

After winning the bids for the blocks, the bid round was stalled for eight years by litigation until it was resolved amicably in 2015, before the Department of Petroleum Resources handed OPLs 2001, 2002 and 2003 to Jahcon International Limited, Hi Rev Exploration and Production Limited and Oil and Industrial Services Limited, respectively.

In the letters, which were issued to the investors on June 16, 2015, copies of which were made available to journalists in Abuja on Monday, the DPR confirmed the three investors as successful bidders for the blocks and directed them to make the required payments as signature bonuses for the licences.

Jahcon International Limited and Oil and Industrial Services Limited made complete payments, while Hi Rev Exploration and Production Limited made part payment and is in the process of completing its transaction with the DPR.

But despite these processes and payments, the President approved a request by the Nigerian National Petroleum Corporation demanding the withdrawal of the licences from the investors and handing over the oil blocks to the Nigerian Petroleum Development Company, a subsidiary of the NNPC.

The approval, according to the investors in the oil blocks, has raised tension in the Niger Delta region, particularly in Akwa Ibom communities where the oil field is located, as youths in the area have vowed to resist attempts by the government to deny indigenes of the area the right to the OPLs.

In the NNPC’s letter of request to Buhari, which was dated December 20, 2016, and made available to journalists, the corporation’s boss, Maikanti Baru, acknowledged that OPLs 2001, 2002 and 2003 in Oil Mining Lease 13, which were recovered from Shell by the administration of former President Olusegun Obasanjo, were “inadvertently revoked” and “back-converted to greenfield OPL before being resized into OPLs 2001, 2002 and 2003 and offered under the 2007 licensing round.”

But the investors argued that Maikanti’s letter, which insisted that the OPLs belonged to the NPDC, did not disclose that the firm also submitted a bid for one of the blocks in the 2007 open licensing round, but lost as a result of low bid.

They argued that Baru’s claim that the oil field belonged to the NPDC (a core partner in the field when it was operated by Shell) was baseless on the ground that the government revoked the possession of the oil field by Shell and opened it up to investors in the 2007 bid rounds.

Buhari approved the request the same day that the letter was brought to him by Baru, which was on December 20, 2016, and his comment on the request was “GMD, prayer approved.”

A copy of the letter obtained by our correspondent in Abuja was signed on the same day by the President.

Similarly, the Chief of Staff to the President, Abba Kyari, on the same December 20, 2016, wrote a letter to the NNPC boss conveying the President’s approval of the corporation’s request with respect to the withdrawal of the OPLs from the awardees and handing it over to the NPDC.

On December 21, 2016, Baru wrote a letter to the DPR conveying the presidential approval for the restoration of the oil field to the NPDC.

The Director of DPR, Mr. Mordecai Ladan, wrote two letters, dated February 15, 2017, informing Jahcon International Limited and Oil and Industrial Services Limited of the revocation of the acreages, citing “a review of the reconversion process of the former OML 13 to OPLs 2001, 2002 and 2003.”

When contacted, the Group General Manager, Group Public Affairs Division, NNPC, Mr. Ndu Ughamadu, told our correspondent that the case was in court and that the corporation and its subsidiary, the NPDC, would abide by the rulings of the court.

He stated that the case had also been taken to the National Assembly by the investors, adding that the corporation would do all that was necessary to ensure that an amicable solution was reached.

Ughamadu said, “The matter is in court and we have our representation in the High Court here in Abuja. They (investors) have rushed the matter to the High Court, Abuja and to the National Assembly, so what do they want done? They should always remember that the President is the Minister of Petroleum Resources and at times, he takes decisions based on facts presented to him.

“I don’t want to comment on what they are dishing out because we are already in court. We have made two appearances in court on this matter. It is only the court that resolves issues like this and if it rules tomorrow that the decision taken on Party ‘A’ is wrong, then, we will abide by the ruling of the court.

“This, however, is subject to the advice of our legal adviser, because the corporation is a law abiding corporate institution. If they want to exhaust the case in court, they should go ahead; but if they want public debate on it, they should also go ahead, for they are also at the National Assembly on this matter.”