Conor McGregor suits up baby son ahead of Saturday’s fight 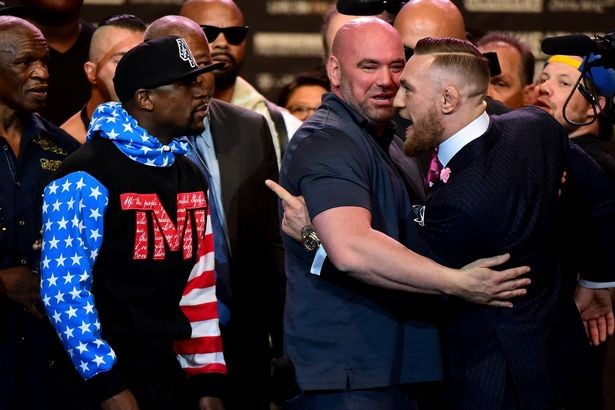 We all know Conor McGregor has style, so it’s no surprise his son will be rocking the “mini me” look Saturday.

If you thought Conor McGregor’s style was something, wait until you see his 3-month-old son Conor Jack suit up.

Ahead of Saturday’s megafight against Floyd Mayweather, McGregor showed off his softer side in a photo shoot with his son, who is sporting a rather dapper three-piece suit and some stunner shades in advance of his father’s big day.

My mini-me! Conor McGregor gets his son suited up before Floyd Mayweather mega-fight https://t.co/tDQVG0LTel pic.twitter.com/CIc7Z1IjWv

Conor Jack’s suit was designed by David August Heil, who was also responsible for the infamous “f— you” getup that McGregor wore during the fight’s promotional world tour, according to UK publication Mirror Online.

While it remains to be seen how McGregor will fare in the ring opposite Mayweather, it’s safe to already say that his son’s style is a knockout.