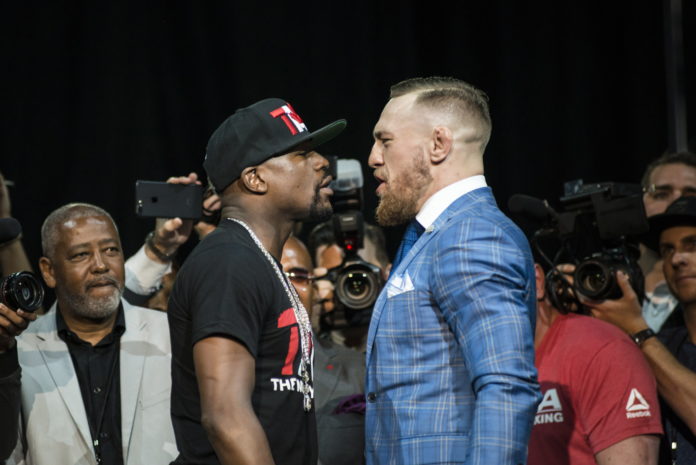 Floyd’s Bodyguards Conor Can Hit Strip Club with Us … If He’s Down to Pay!

Floyd Mayweather’s bodyguards were so impressed with Conor McGregor after his epic throwdown with their boss … they invited him out to Floyd’s strip club!

We got Jizzy Mack and Greg after the fight … about to hit up Girl Collection with the rest of The Money Team.

The Brixx Bros told TMZ Sports they had mad respect for how McGregor boxed … so much they were down to have Conor come through to their after-party.

The only catch — they say he’d still have to pay to get in.

We’re guessing Conor’s got better things to do … but the night is young.