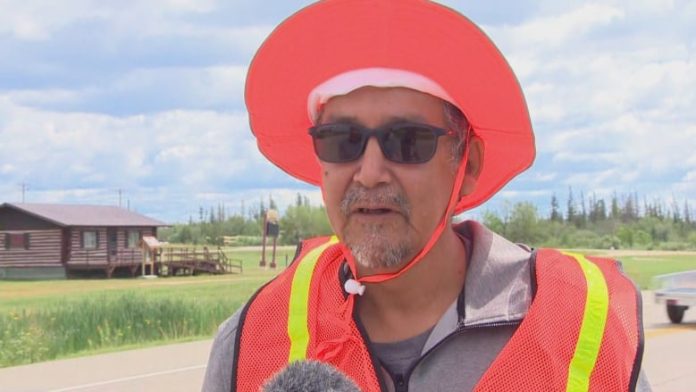 A small group of people evacuated from Mathias Colomb Cree Nation due to a wildfire risk are walking hundreds of kilometres back toward their community in protest of the treatment they say they’ve received from the Canadian Red Cross.

The group of seven began the 625-kilometre walk northwest from Winnipeg to The Pas along Highway 6 on Friday and vowed to keep going in hopes of raising awareness of their situation.

“We believe we can do this,” said Edward Bear in an interview on the roadside near the community of Moosehorn, about 200 kilometres northwest of Winnipeg.

“I believe we can be successful without the services of those people if our leadership could stand up and support us,” Bear said.

Bear and others in the group said they’d been mistreated. Travis Bighetty told CBC a hotel they’d been placed in was infested with cockroaches, bedbugs and rodents.

Julianne (Betty) Dumas said children are cooped up with nothing to do. She believes the fire danger in the community has waned to the point people can start returning.

“We would like our children to be brought home,” Dumas said. “I’ve sat in a room three days, and all I’ve heard was crying. All my grandchildren, different grandchildren crying. Waiting for a room. Waiting for them to go to bed.”

Dumas said she believes the Red Cross is doing its best but ultimately she feels disrespected.

At a Friday press conference, an emergency measures official with the First Nation said some accommodations provided to evacuees were unacceptable. Kaitlynn Brightnose said some rooms had cockroaches, used syringes and mould. Others appeared to have dried blood on the floors.

Advocating for better treatment from the Red Cross did no good, Brightnose said. When she asked for the community members to be moved to other hotels where she heard there were empty rooms, Brightnose said the Canadian Red Cross told her it would not be possible to move them all to a new hotel.

Evacuations from Mathias Colomb, located about 700 kilometres northwest of Winnipeg, began July 14 as a large wildfire encroached and sent plumes of smoke into the remote community. About 2,000 people have been pulled out of the community.

When asked about the complaints raised by those walking, a Canadian Red Cross spokesperson said in an emailed statement Sunday that the evacuees have been through a traumatic experience, reiterating the agency’s response to CBC’s inquiries on Friday.

“Being hundreds of kilometres from their homes and not knowing when they will return home is incredibly stressful. Our team wants to provide the best possible support to the community members while they are out of their homes,” said the spokesperson, Laura Ellis.

On top of the Mathias Colomb evacuees, the organization is also supporting 1,500 residents from Peguis First Nation who were displaced in May due to widespread flooding in their community.

“The consistent hotel space in Winnipeg available to the Red Cross for this response is at capacity,” Ellis said. The organization has set up a shelter at the University of Winnipeg which is clean and safe, she said. Its use has been offered to those dealing with unsuitable hotel rooms for which there are no replacements.

“When community members have raised concerns about the state of their hotel rooms, we have offered access to the shelter due to the lack of available accommodations in hotels. We continually work to find other hotel rooms for those individuals, but until that time, we do have space available,” said Ellis. 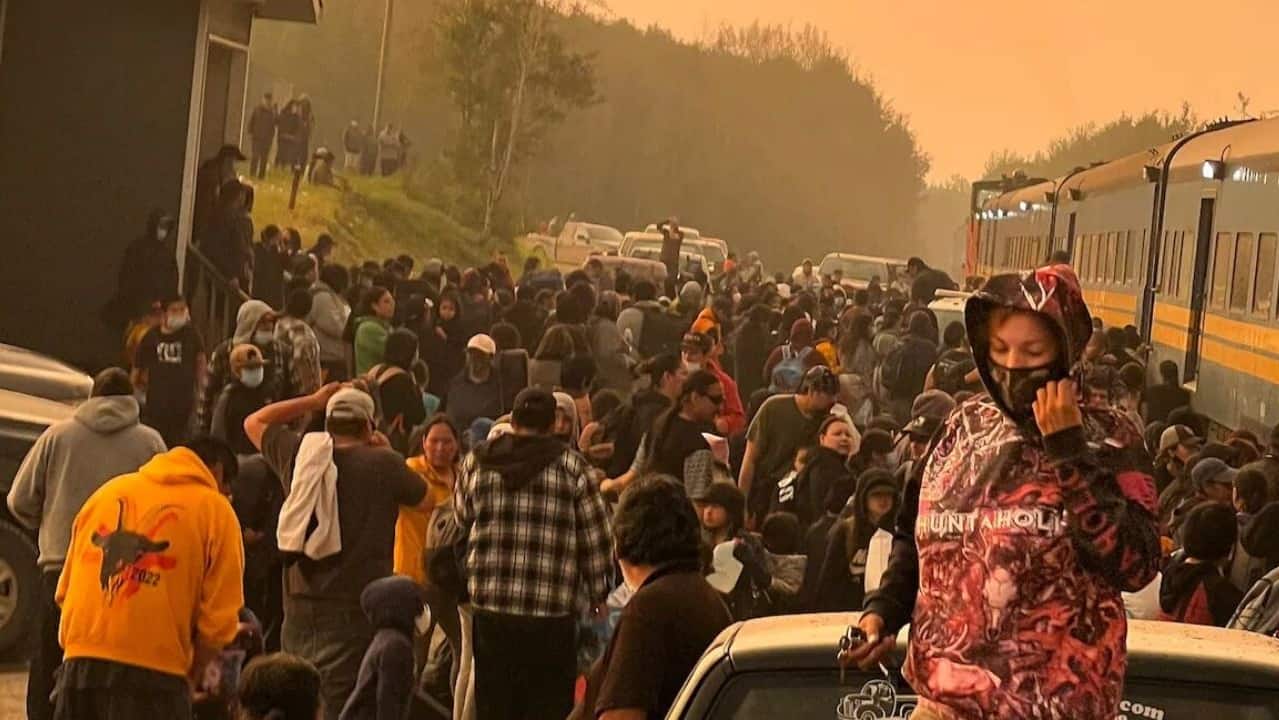 An out-of-control wildfire in northern Manitoba has forced nearly 2,000 people to flee their homes in Mathias Colomb Cree Nation.