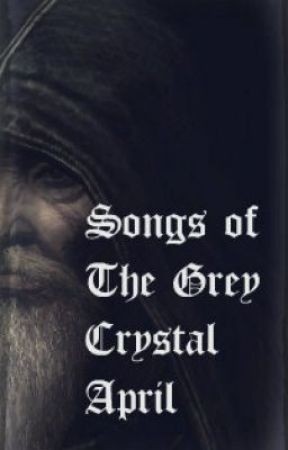 The IBF has ordered two world title elimination fights to produce mandatory challengers for its belts at lightweight and junior lightweight.

On Thursday, it ordered Alejandro Luna and Richard Commey, the leading available contenders according to the organization’s rankings, to meet for the right to become the mandatory challenger for the 135-pound world title held by Robert Easter Jr.

Richard Commey, right, has been ordered to face fellow lightweight Alejandro Luna in a title elimination bout, with an eye on a possible rematch with Robert Easter Jr., left, to whom he lost to by split decision last September. Drew Hallowell/Getty Images

The sanctioning body sent a letter to Luna promoter Tom Brown of TGB Promotions and promoter Lou DiBella, who recently signed Commey, ordering them to commence negotiations for the fight after both sides “have indicated in writing a willingness to participate in this eliminator.” Negotiations should be concluded by Aug. 4 or a purse bid will be ordered.

Commey (25-2, 22 KOs), 30, of Ghana, is aiming for his second shot at a world title. Last September, he knocked down Easter (20-0, 14 KOs) in the eighth round and lost a very close split decision for the vacant belt. In his next fight, in December, he also lost a highly controversial split verdict to Denis Shafikov in an eliminator to get a shot at Easter; Easter outpointed Shafikov in the title fight on June 30. Commey bounced back from the back-to-back losses in March with a 12-round unanimous decision against Hedi Slimani in Ghana.

Luna (22-0, 15 KOs), 25, of Bellflower, California, is coming off a lopsided 10-round unanimous decision against former junior lightweight world title challenger Andrey Klimov on April 9. DiBella told ESPN he wanted to sign Commey when he realized a few months ago that he was a promotional free agent.

“I think Richard Commey is in the top echelon of 135-pounders in the world,” DiBella said. “Both of his losses are by split decision and he clearly won the Shafikov fight, but that fight was in Moscow and that’s how it goes. He could very easily be undefeated or only have one loss or a draw, but he is a very, very good fighter and when I realized he was a free agent a number of months ago we began the process of pursuing him and we were able to work out a deal with his manager, Michael Amoo-Bediako.

“Richard is going to relocate from Ghana to the New York area, where there is better sparring. We want him to get a little exposure in the United States. The guy can fight his ass off. He is a legit world-class guy and a guy certainly capable of winning a world championship.”

Another fighter DiBella promotes, Tevin Farmer (25-4-1, 5 KOs), 26, of Philadelphia, was also ordered to box in a junior lightweight title eliminator. Farmer and Francisco Fonseca (19-0-1, 13 KOs), 23, of Costa Rica, have told the IBF they were willing to meet to determine the mandatory challenger for 130-pound world titlist Gervonta Davis (18-0, 17 KOs). Now their teams have to make a deal or the fight will go to a purse bid.

Farmer has won 18 fights in a row, including wins against Ivan Redkach and former titleholder Gamaliel Diaz in 2016, since a 2012 eighth-round knockout loss to Jose Pedraza, who went on to win a junior lightweight world title.

Fonseca (19-0-1, 13 KOs), who has fought all of his fights in Costa Rica or Nicaragua, has will be taking a major step up in competition against Farmer. Fonseca was scheduled to face Puerto Rico’s Jonathan Oquendo in San Juan on Friday night but withdrew when the opportunity for the title eliminator came up.