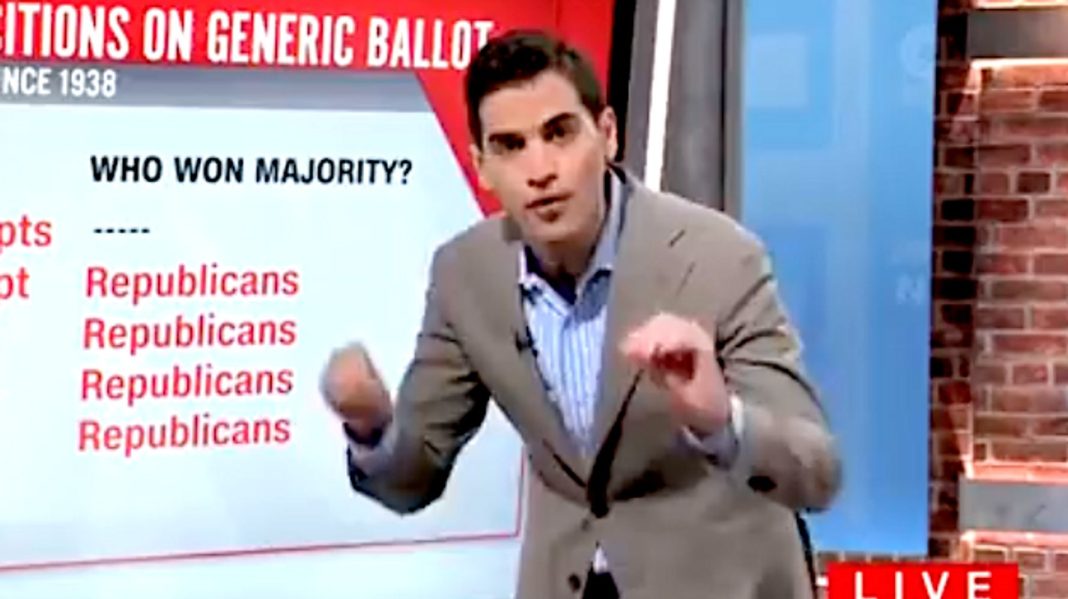 The November elections are months away, but Enten’s findings are pointing in the wrong direction for Democrats, who hold a 12-seat House majority. Enten said Republicans are in their best position in more than 80 years.

Host Jake Tapper noted that the turnover would amount to a “stomping” for Democrats.

“Yes it would,” Enten replied.

Enten based part of his forecast on generic voting preferences (simply Democrat or Republican) in competitive congressional districts and compared them to historical models. The trend heavily favors the GOP, which is also being boosted by President Joe Biden’s lower approval ratings amid inflation, Tapper noted.

Democrats are hoping the Supreme Court threat to abortion rights, the failure of GOP lawmakers to budge on gun control after repeated mass shootings, and continued fallout from the Capitol riot will help the party rally.