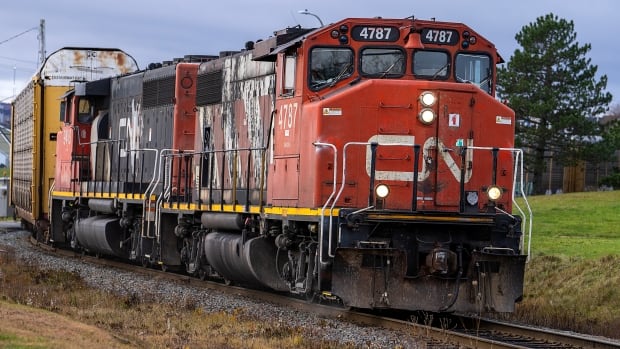 The International Brotherhood of Electrical Workers (IBEW), which represents about 750 Canadian National Railway Co. employees, says signal and communication workers have walked off the job across the country.

IBEW’s Steve Martin confirmed in a text that workers were legally on strike as of 11 a.m. local time on Saturday.

CN did not confirm that workers had gone on strike, but spokesman Jonathan Abecassis says the company has implemented an “operational contingency plan,” adding that operations are continuing “safely and at normal levels.”

The Montreal-based company says it continues to encourage the union to resolve sticking points on wages and benefits through binding arbitration.

CN went through an eight-day strike by more than 3,000 workers represented by Teamsters Canada in November 2019 that halted shipments and disrupted industries across the country.

CN hauls more than 300 million tonnes of commodities and consumer goods across the continent each year.

Share
Facebook
Twitter
WhatsApp
Pinterest
Linkedin
ReddIt
Email
Print
Tumblr
Telegram
Mix
VK
Digg
LINE
Viber
Naver
Previous articleI wrote a memoir about my family’s secrets. Then I had to move back in with them
Next articleVictims of sexual abuse upset convicted clerics cared for in Catholic retirement home