Clocks turn back 1 hour this weekend 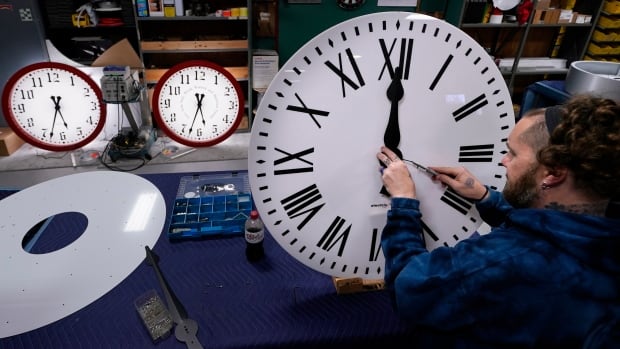 The majority of Canadians will be able to get an extra hour of sleep this weekend, as clocks go back with the end of daylight time.

There has been debate on ending seasonal time changes across the country, with some provinces and territories choosing to remain on daylight time year-round, while others are waiting for similar action in the U.S.

Yukon decided in 2020 to no longer make seasonal changes and now follows its own standard time zone, while Saskatchewan hasn’t changed its clocks in more than 100 years.

A private member’s bill in Ontario to have the province on permanent daylight time, provided Quebec and New York did the same, passed with unanimous support in 2020, but stalled after the legislator was voted out of office.

Quebec Premier François Legault at the time suggested he wasn’t opposed but said the matter wasn’t a priority.

British Columbia passed similar legislation the year prior to stick with daylight time but is also waiting on some southern states to do the same.