Clippers rookie and SEC hoops star Sindarius Thornwell had a seriously funny run-in with cops in South Carolina — but he’s probably not laughing about the fact it ended up on live TV!

It all went down Friday night on the A&E show “Live PD” … when police pulled over Sindarius’ gf for speeding. Apparently, she was chasing him at the time, and Sindarius — rocking a Clippers t-shirt — stopped too when she got pulled over.

The hysterical part came when the officer recognized Sindarius — he was SEC player of the year for the Gamecocks, after all. The cop said, “I know you from somewhere. Where you work at?”

Why so shy? Well, Sindarius juuust signed his rookie contract on Thursday, and probably didn’t want to rock the boat. He even tried to hide his Clippers tee from the cop. 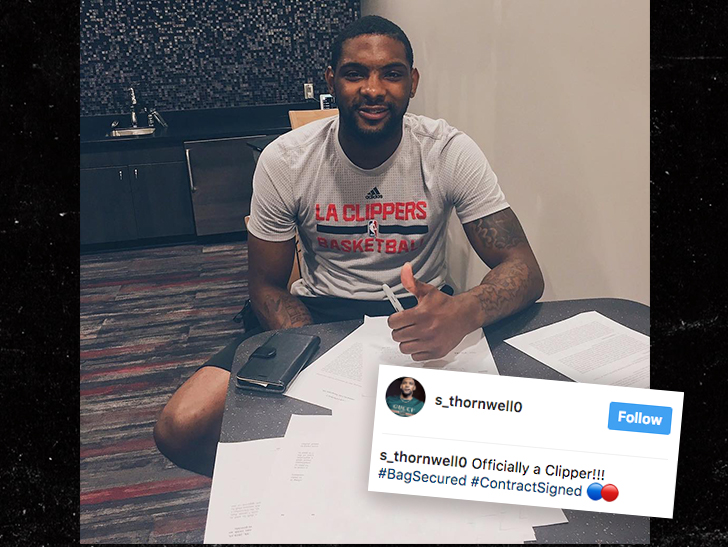 To be clear — cops had no issue with Sindarius, just his gf … who apparently was riding around with all HIS stuff in the car.

Hilarious clip … except for the pissed off gf part.