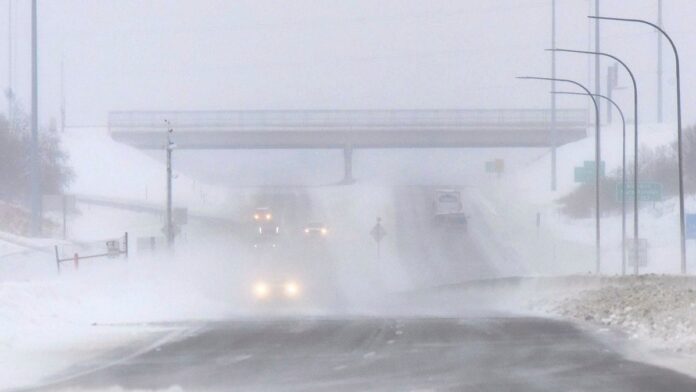 Communities from Texas to Florida began assisting survivors and cleaning up Thursday after tornadoes left scattered destruction and at least three people dead across the South. To the north, blizzards continued to pound the Midwest as more ice and snow headed toward New England.

Three straight days of volatile weather in the South continued as a possible tornado wrecked a building housing a cotton gin in rural Georgia and forecasters issued a stream of tornado warnings across the Florida peninsula.

The same storm front spawned twisters as it marched from central Texas across Louisiana, where all three storm deaths were confirmed, before destroying farm buildings in Mississippi and tearing roofs off other buildings in Alabama.

In Union Parish, Louisiana, near the Arkansas line, volunteers stocked a gymnasium with donated clothing and other supplies for dozens whose homes were badly damaged or destroyed.

Andrews teared up as she recounted how winds blew open her front door early Wednesday in the Union County community of Farmerville as tornado alerts sounded. Windows started breaking with a popping noise like gunfire, she said, as the family crawled into the bathroom.

“The only thing we know to do was just crying, we was screaming, just calling on Jesus,” Andrews said. She added: “We all grabbed each other, we jumped in the tub. All we could do was just pray. It was very devastating.”

A few others caught in the storm’s path weren’t so fortunate.

An 8-year-old boy and his mother were killed in rural Keithville, Louisiana, when their mobile home was swept away Tuesday. Authorities found a third victim outside a home in St. Charles Parish, west of New Orleans, after a possible tornado struck the opposite corner of the state Wednesday.

The National Weather Service can take days to confirm whether destructive winds were in fact tornadoes. Data compiled by the Southern Regional Climate Center at Texas A&M University showed nearly 50 tornadoes reported across six states since Tuesday — the vast majority of them in Louisiana and Mississippi.

State emergency managers said four people were also injured in storms. Three of those were in the Mississippi Delta’s Sharkey County, where storms hit a mobile home park in Anguilla on Wednesday. One person was injured in Hinds County, home to the capital city of Jackson.

Before the storm front started moving offshore, police in rural Doerun, Georgia, reported that a suspected tornado struck a large building housing a cotton gin, leaving a sagging heap of bent metal. No injuries were reported, the police department said in a Facebook post.

Further to the north, the National Weather Service issued blizzard warnings Thursday in the Dakotas as well as portions of Montana, Wyoming and Nebraska. As the storm moves eastward, interior parts of the Northeast could accumulate as much as one foot (30 centimeters) of snow, said Zach Taylor, a weather service meteorologist in College Park, Maryland.

“It really, truly has been a coast-to-coast winter storm that has affected a large portion of the country, and that doesn’t begin to even mention the severe weather in the South,” Taylor said.

Roger Hainy, who owns a farm near Wessington Springs in central South Dakota, said he was shut in after blowing snow formed drifts that made the roads impassable. Hainy’s farm lost power earlier in the week when freezing rain hit the area.

“Back when I was a kid we used to have three-day blizzards, but this one is going to be four days,” Hainy said. “It’s been a long time since we’ve had one like this.”

In Bismarck, North Dakota, an additional four inches (10 centimeters) of snow were expected Thursday to top a foot that has already accumulated. Wind gusts of 60 miles per hour (96 kph) prompted a no-travel advisory for major highways.

“The wind and ice — it’s miserable, and a lot of people are in the ditches,” said Dean Cota, manager of the Stamart Travel Center, where the parking lot was full of truckers waiting out the storm. “Everything’s just slick and it’s blowing vehicles right off the road.”

Brianna Vatalaro, 21, in northern Minnesota said she lost power and heat in her home for more than six hours Thursday morning and watched 50-foot trees fall on powerlines, creating blue and green sparks outside her house.

She thought about “all the things that could possibly go wrong,” like not being able to charge or use her phone in an emergency, or needing to help her stepmom who uses a breathing machine that requires power.

Vatalaro tried driving to her job at Home Depot but gave up within five blocks, she said, after seeing trucks spin out on the highway and hopping out of her car to help push a man’s vehicle out of ice and snow. “It’s been chaotic,” she said.

In New York, Gov. Kathy Hochul said the state is well prepared for several inches of snow expected in some areas over the coming days. During a briefing in Albany, Hochul said there’s also a chance that strong winds could topple power lines.

“We have utility crews all set, already on the ground, ready to respond as quickly as possible,” she said.

Forecasters expect more blizzard conditions in places across the Upper Midwest, and ice and snow from the central Appalachians into the Northeast. The National Weather Service issued an ice storm warning Thursday in parts of four states and a winter storm warning through Friday night from Pennsylvania to Maine. The weather service said heavy snowfall is expected across portions of interior New York and New England through the weekend with storm totals expected to reach one to two feet. 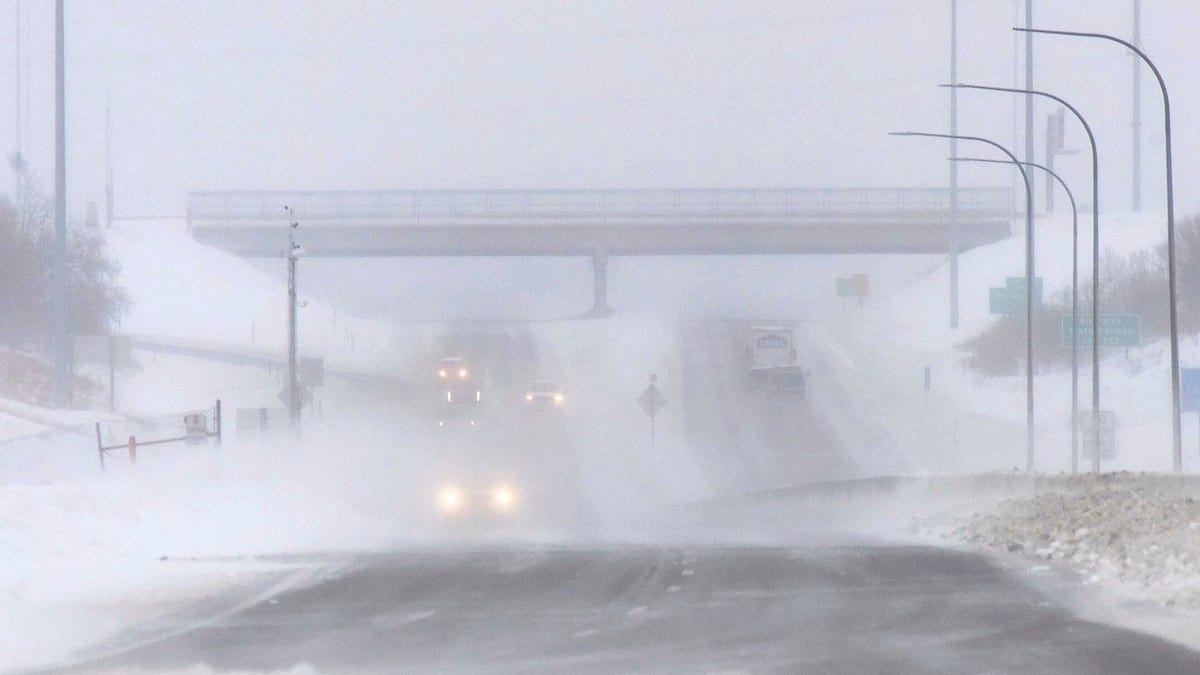