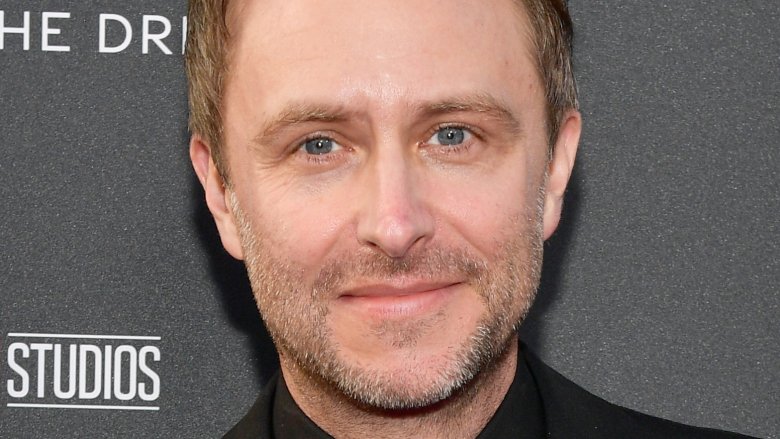 Nerdist has released a statement via Twitter to address recent allegations made against the website’s founder, Chris Hardwick, by his former girlfriend, Chloe Dykstra.

“Hey everyone, Like you, we were shocked to read the news this morning,” the statement read. “Nerdist prides itself on being an inclusive company made up of a positive, diverse community of people who come together to share and discuss the things we love. That type of behavior is contrary to everything we stand for and believe in, and we absolutely don’t tolerate discrimination, harassment and other forms of abuse.”

The statement went on to list support resources for those who have been affected by abuse, including the National Sexual Assault Hotline, the Crisis Text Line, RAINN, and the National Suicide Prevention Hotline.

Chris Hardwick’s name has been removed from the Nerdist website amid serious allegations.

On Friday, June 15, 2018, Nerdist Industries cut ties with its founder after his ex, Chloe Dykstra, claimed she’d been emotionally and sexually abused by an unnamed former boyfriend, who is assumed to be Hardwick, Deadline reports.

In an essay for Medium titled, “Rose-Colored Glasses: A Confession,” the actress accused an ex from her early 20s of exhibiting “controlling behavior” throughout their three-year relationship. The man in question allegedly established a number of “rules” for her to follow, which left her “alienated.” These included having no close male friends, no drinking alcohol, no talking in public places, and no taking photos together.

“[I was] terrified to piss him off, so I did what he said. Including let him sexually assault me. Regularly. I was expected to be ready for him when he came home from work,” Dykstra wrote, adding, “Every night, I laid there for him, occasionally in tears. He called it ‘starfishing.’ He thought the whole idea was funny.”

The television personality eventually left her boyfriend, after which he allegedly derailed her career in the entertainment industry. “Because of my leaving him for someone else, he made calls to several companies I received regular work from to get me fired by threatening to never work with them,” she continued. “He succeeded. I was blacklisted.”

Dykstra explained that she’d decided to come forward now to gain closure and to warn others about abusive relationships. “Normalizing behavior happens incredibly quickly, and one can lose track of what is acceptable treatment,” she wrote, having also described her battle with anorexia and thoughts of suicide during this time. “And when your self-worth reaches such depths after years of being treated like you’re worthless, you might find you think you deserve that sort of treatment, and no one else will love you.”

After seeking professional help, she added that she’s “in a much better place” now both in her personal life and her career. “While we were together, he repeatedly shared with me that he was terrified I would talk publicly about how he treated me,” she concluded. “But I’m done protecting him at the expense of my own mental health.”

Dykstra, 29, and Hardwick, 46, dated between 2011 and 2014. While she didn’t mentioned the @midnight host by name, a number of details throughout the essay seem to reference him and their relationship timeline. As she described, the man was almost 20 years her senior and had grown from “a mildly successful podcaster to a powerhouse CEO of his own company.”

After her account went viral, Dykstra took to Twitter to thank her fans for their outpouring of support. “I quietly posted an article today, unlisted on Medium. It clearly made the rounds,” she wrote. “I’m overwhelmed and I want to thank all of you for your support and kind words- they mean so much to me. I may take some time off the internet, please know your support means everything to me.”

At the time of this writing, Hardwick and his reps have yet to publicly comment on the matter.

However, a spokesperson for Legendary Entertainment, which owns Nerdist Industries, has since released a statement. “Chris Hardwick had no operational involvement with Nerdist for the two years preceding the expiration of his contract in December 2017,” it read (via Deadline). “He no longer has any affiliation with Legendary Digital Networks. The company has removed all reference to Mr. Hardwick even as the original Founder of Nerdist pending further investigation.”