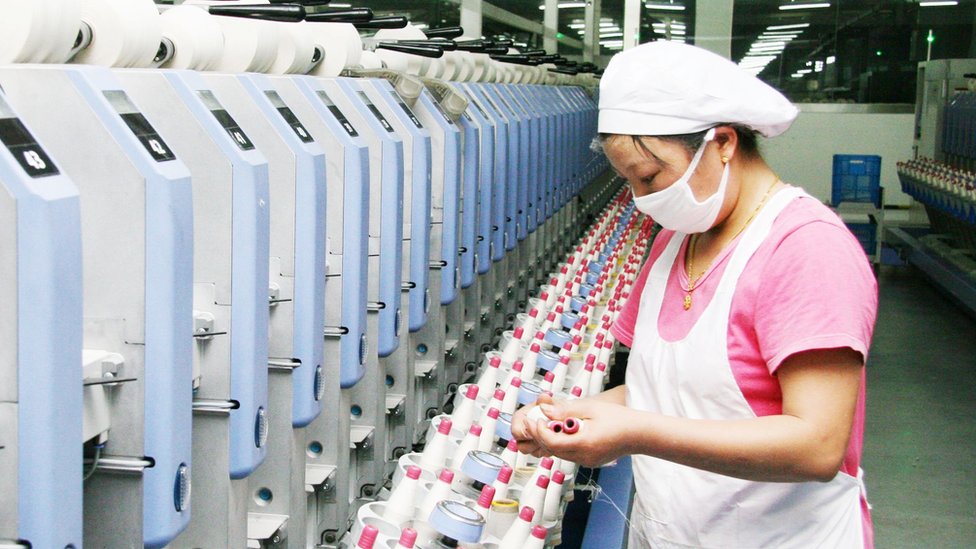 China has warned that all trade talks between Beijing and Washington will be void if the US sets up trade sanctions.

After talks between Vice Premier Liu He and US Commerce Secretary Wilbur Ross, China said it was ready to boost imports from many countries.

Meanwhile, G7 nations have hit out at the US over its new steel and aluminium import tariffs.

On Saturday President Trump insisted on Twitter that the US had been “ripped off by other countries for years on trade”.

He says steel tariffs will protect US steelmakers, which he says are vital to national security. Mr Trump has also complained about barriers US firms face in Europe and elsewhere.

“Time to get smart!” he added.

What are the Chinese saying?

A statement released by the Chinese side at the talks with the US in Beijing said nothing specific about the outcome, and referred back to an agreement reached in Washington last month to increase the purchase of US goods and services.

“To implement the consensus reached in Washington, the two sides have had good communication in various areas such as agriculture and energy, and have made positive and concrete progress while relevant details are yet to be confirmed by both sides,” the statement said.

But state news agency Xinhua carried a statement which warned against a trade war and said the two sides should meet each other half way.

“Reform and opening up and expanding domestic demand are China’s national strategies. Our established rhythm will not change,” it said.

“If the United States introduces trade sanctions including tariffs, all the economic and trade achievements negotiated by the two parties will be void.”

What is the US trying to do?

The Beijing talks were aimed at reducing the bilateral trade deficit. The US currently buys nearly four times as much from China as it sells to them.

A White House statement last week, which took aim at years of “unfair” trade practices, warned the US would pursue 25% tariffs on $50bn (£37bn) worth of Chinese imports.

The tone of the statement suggested that China’s concessions at last month’s talks in Washington were not enough for the Trump administration, says BBC Asia Business correspondent Karishma Vaswani.

Analysts say that the statement could have been designed as a bargaining tactic aimed at increasing pressure on China ahead of Sunday’s meeting, amid criticism at home that Mr Trump is going soft on China.

No joint statement was issued at the end of Sunday’s meeting in Beijing, and there has been no response to the Chinese comments by the US side.

What about the G7?

At a heated meeting in the Canadian ski resort of Whistler, the EU and Canada threatened to retaliate against tariffs of 25% on steel and 10% on aluminium, whose implementation Mr Ross announced on Thursday.

But US Treasury Secretary Steven Mnuchin denied that the US had abandoned leadership in the global economy and said he had passed on the other countries’ strong feelings to Mr Trump.

There was no joint statement at the end of this meeting either, which the BBC’s North America correspondent Chris Buckler says is a clear sign of discord.

Our correspondent says acrimonious debate is likely to continue next weekend when the leaders of the G7 countries – including Mr Trump – meet for a summit in Quebec.

The EU has responded to the US announcement with a 10-page list of tariffs on US goods ranging from Harley-Davidson motorcycles to bourbon.

Canada plans to impose tariffs of up to 25% on about $13bn worth of US exports from 1 July. Goods affected will include some American steel, as well as consumer products such as yoghurt, whiskey and coffee.