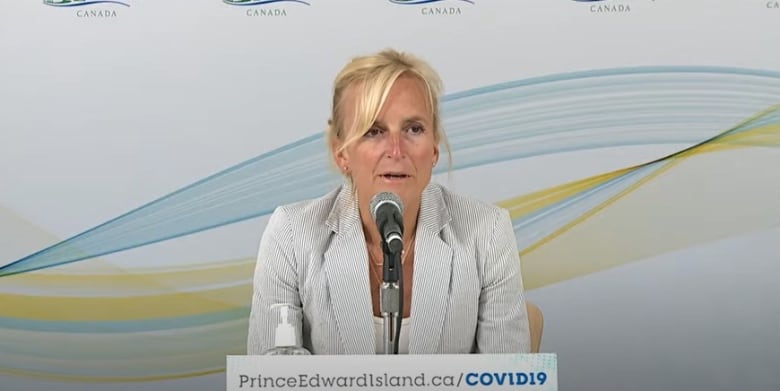 P.E.I. Premier Dennis King made the announcement at a news briefing on Sunday.

“This is not the news any of us want to hear,” Morrison said.

There will also be a three-day suspension of extracurricular activities for students under the age of 19 in the Charlottetown area, Morrison said.

On Saturday, the Chief Public Health Office reported that a student at West Royalty Elementary had tested positive for COVID-19. Four of the new cases are considered close contacts of the case associated with West Royalty School.

“The situation at West Royalty Elementary School is considered an outbreak, the first school outbreak in P.E.I. since the pandemic began,” Morrison said.

“We are erring on the side of caution, assuming the new cases are the highly transmissible Delta variant.”

Another one of the new cases is a student at Charlottetown Rural High School. The other new case is a close contact of a case that was announced last week.

Ten of the last 11 new cases of COVID-19 in the province are in people under the age of 19. None are in hospital.

The new cases and school closures come on the day initially slated to be the fifth and final stage of the province’s reopening plan — Sept. 12. However, on Sept. 8, the province announced the current measures would remain in place  until further notice.

The schools closed for the next three days include:

West Royalty will begin online learning on Tuesday, said Norbert Carpenter, director of the Public Schools Branch. There will be no online learning at the other schools for the time being to allow for testing, he said.

Employers asked to be flexible

Morrison made another plea for P.E.I. residents and visitors to get vaccinated — and tested if they develop symptoms.

“I am concerned that we do not know the extent of COVID transmission in P.E.I.,” she said.

Following Sunday’s announcement, Whisperwood Villa seniors home in Charlottetown posted on its Facebook page that it would be closed to visitors for the next three days.

As of Sept. 8, 246,214 doses of vaccine had been administered on P.E.I. Ninety-two per cent of the eligible population had received at least one dose and 83.1 per cent had received two doses.

Children under the age of 12 are not eligible to be vaccinated.

The testing clinic on Park Street in Charlottetown was open until 6 p.m. on Sunday, but staff had to turn people away around 5 p.m. because the line was so long they had reached the maximum number of people they could test before closing.

The clinic will reopen Monday at 8 a.m.

There is one public notification related to a case that was announced last week. Anyone who travelled on West Jet flight 330 on Sept. 10, arriving in Charlottetown at 12:15 p.m. should monitor for symptoms and get tested if any develop.