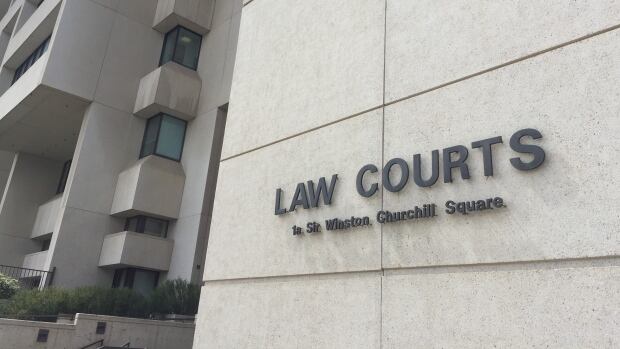 Fraud charges against a Quebec man have stayed after an Edmonton judge determined that his right to be tried in French within a reasonable period of time had not been upheld.

Marc Vaillancourt wasn’t aware of his right to a trial in French until one year into his court proceedings, Alberta Court of Queen’s Bench Justice Vital Ouellette said in a written decision published Tuesday in French.

The Charter of Rights and Freedoms guarantees an accused’s right to a speedy trial. The Supreme Court of Canada’s 2016 Jordan decision sets a firm time limit of 30 months between the laying of charges and the actual or anticipated end of a trial in Superior Courts.

Ouellette ruled that in Vaillancourt’s case, those obligations had not been met. The legal proceedings had stretched over 32 months.

A stay of charges means the case has been discontinued indefinitely. However, since the charges are still technically active, the ones that were previously stayed may be revived, should the courts decide to reopen the case.

Vaillancourt was arrested in Laval, Que., in June 2013 and indicted in Alberta on Oct. 28, 2015, on fraud charges related to a multimillion-dollar vehicle theft scheme.

It was alleged Vaillancourt and three other men were involved in moving stolen vehicles with altered vehicle identification numbers from Alberta to Quebec.

He was informed of his linguistic rights in February 2017 by Edmonton lawyer Shannon Emery, who had been newly retained.

“Obviously, in this case, there was a problem at the court level, and also at the level of the lawyers involved in the case, who did not advise Mr. Vaillancourt,” Ouellette wrote in his decision.

Vaillancourt’s trial was set to start in April 2017. Soon after he learned of his right to be tried in French, but the Crown prosecutors were unable to accommodate his request within that time frame, said the decision.

“It was also clear the Crown was not able to fulfill its obligations of bilingualism,” Ouellette wrote.

A new trial date was set for April 2018, at which time Emery argued her client’s right to be tried in a reasonable time — as set out in Section 11(b) of the Canadian Charter of Rights and Freedoms — had not been upheld.

The case is an important reminder that the right to be tried in either official language is guaranteed by Section 530 of the Criminal Code, Emery told CBC News this week.

“This is a big wake-up call for lawyers, for judges, and for accused people who may not know they have this amazing right, and they should exercise it.”

“It’s a gigantic problem,” Kingston said. “It is an important right that stems from the legislation and from Supreme Court decisions.”

Courts often resort to having legal proceedings translated into French instead, Kingston said.

“That’s not what the Criminal Code section is all about,” he said.

“You have a right to the official language of your choice, and so there’s a lot of disagreement as to what that means.”

Alberta’s Court of Queen’s Bench has since taken steps to avoid a repeat of Vaillancourt’s case.

As of June 2018, accused individuals are asked to specify which official language they would prefer for their trial.

It’s a welcome change for Emery, who hopes the practice will eventually be extended to provincial court as well.

“It’s really important that people understand that we have that ability in Alberta,” she said.