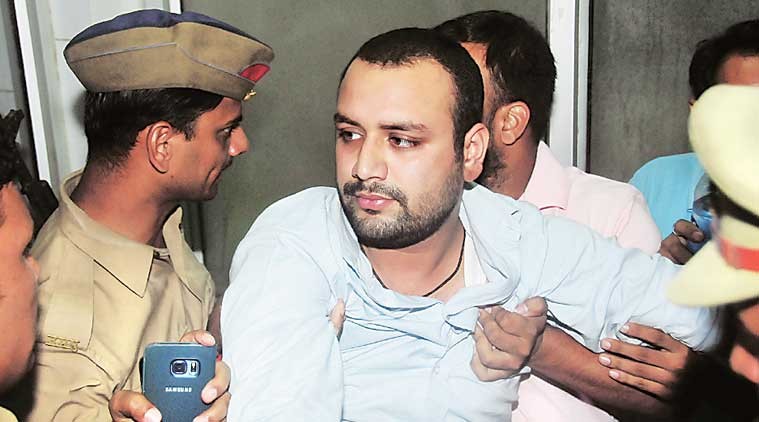 Both Amarmani Tripathi and his wife Madhumani were awarded life sentence in 2007 by a CBI court for the murder of budding poetess Madhumita Shukla. (Source: AP/file)

Additional Sessions Judge Ashokeshwar Ravi framed charges against both the accused for kidnapping, extortion and criminal intimidation under the Indian Penal Code (IPC). Fixing August 18 for the recording of statements of the prosecution witnesses, the court directed the public prosecutor to produce the witnesses on the said date.

Both the accused were present in the court during the proceedings. An FIR was lodged on August 6, 2014 at the Gautam Palli police station here against Tripathi and others. In the FIR, it was alleged that a Gorakhpur businessman was kidnapped by the accused for a ransom.

After completing the investigation, the police had filed a chargesheet against the two accused. Tripathi, son of former Uttar Pradesh minister Amarmani Tripathi, was expelled from the Samajwadi Party in February for “anti-party” activities.

He was sent to jail in the murder case of his wife Sara Singh in November, 2016. In March, he was granted bail in the case by the Allahabad High Court. Both Amarmani Tripathi and his wife Madhumani were awarded life sentence in 2007 by a CBI court for the murder of budding poetess Madhumita Shukla.