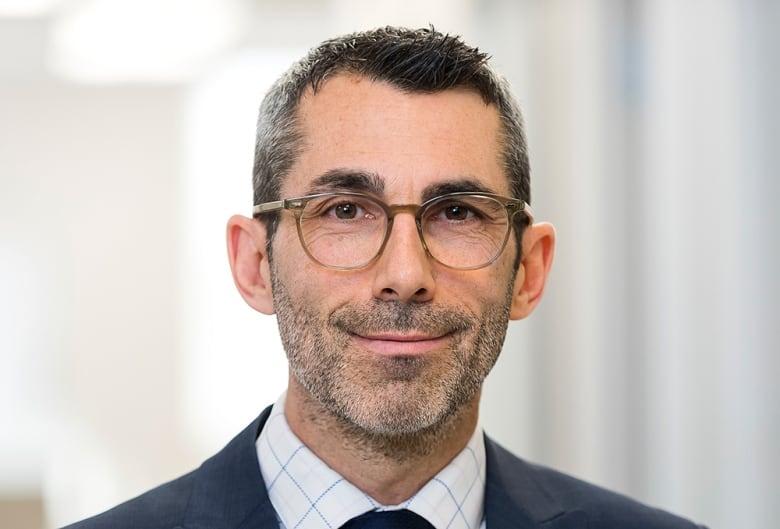 Several workers of a high-profile company say they were pressured into giving up paid vacation days, then told to lie about it on their timecards — or risk job losses during the height of the pandemic.

In an internal company video provided to Go Public, Franklin Holtforster — president and CEO of Ottawa-based Colliers Project Leaders — asks employees to “surrender” vacation time if they want to save their own jobs and those of their coworkers.

“I’m asking everyone to work a full week and to record an additional eight hours of vacation onto your time sheet every week in April and May,” Holtforster says in the video released to employees on April 24.

“This reduces our compensation costs and permits us to avoid mass layoffs … Now if we all surrender a bit of future vacation, we can keep our co-workers and ourselves employed.”

Holtforster tells Go Public the project management company tried other ways to cut costs — reducing expenses and compensation for dozens of managers by up to 20 per cent — before asking workers to voluntarily give up vacation days.

WATCH | Holtforster asks employees to give up vacation days:

Franklin Holtforster, President and CEO of Colliers Project Leaders, calls on workers to give up vacation days “to avoid mass layoffs” 1:00

Go Public spoke with a number of employees; all had similar experiences and all say they don’t believe it was voluntary.

One employee tells Go Public workers who refused to give up vacation days were pressured by managers to change their minds — and their timecards — receiving frequent calls from higher ups, asking if they planned to comply.

“It’s not a choice … there’s so much fear that if you don’t do this, you’re going to lose your job,” said the employee, who works on infrastructure and revitalization projects for the company.

“The scary part is if you’re going to get fired, say next week, you have no vacation time to show.”

Go Public is not identifying the workers who contacted us, as they fear losing their jobs.

According to two employment lawyers Go Public spoke with, it’s against provincial labour laws to take away or reduce vacation time that’s required by law and to produce false or misleading vacation time records.

Another insider said many workers were afraid to complain or refuse the request, especially given the impact of COVID-19 on the job market.

“I know that a lot of my colleagues are struggling,” said the employee.

“Any colleagues that haven’t been here a year are now in the negative” — meaning they have given away so many vacation days they owe the company time.

The pandemic has hammered companies and workers, according to the latest Statistics Canada numbers. The survey found from February to April, three million Canadians lost their jobs during. An additional 2.5 million remained employed but worked less than half their usual hours.

Colliers Project Leaders asked employees if they would give up vacation days after revenue declined significantly and layoffs loomed, Holtforster said in a statement to Go Public.

The company has 620 employees across the country. It has landed federal government infrastructure contracts worth over $260 million in the last five years, according to data published by Public Works and Government Services Canada.

The company has also been awarded millions more in municipal and provincial government contracts over the years and is a subsidiary of Colliers International, a massive global real estate and investment management company that reported over $3 billion USD (about $4 billion Cdn) in revenue last year.

The company has since apologized, and offered to return those vacation days after Go Public’s inquiries.

But labour lawyers say what Colliers Project Leaders was asking its employees to do was not only unethical but illegal.

“On every single level it’s offensive,” says lawyer Howard Levitt, who practises employment law in eight provinces and is the editor-in-chief of the Dismissal and Employment Law Digest — which covers notable dismissal and employment law cases across the country.

“Encouraging workers to create fraudulent time cards is a violation of employment standards legislation in every single province across Canada, leaving employees with no official record of what the company owes them and no official guarantee they’ll ever get their time or money,” he says.

Levitt also refutes the suggestion workers had a choice.

“There’s nothing voluntary about it if you’re essentially suggesting to employees that if you don’t do it, there could be consequences down the line,” he says.

Many Canadians are having their rights trampled on at work during COVID-19, according to labour and human rights lawyer Aaron Rosenberg. The Toronto-based attorney says he’s seeing cases where employers are using the pandemic as an excuse to “throw labour laws out the window.”

“What we’re seeing across the country, is nothing short of anarchy. Employers are exploiting workers’ rights for the purposes of expediency and saving the bottom dollar,” Rosenberg says.

He says he’s seeing employees being laid off without severance packages and only a promise they’ll get their jobs back “sometime” in the future, while other employers are demanding workers accept pay cuts or reduced hours.

Some companies are going even further, Rosenberg says, by using COVID-19 as a cover to get rid of employees they think are a problem.

“What we do see is that employers, in some cases, are really taking advantage of the current crisis to exploit fundamental working rights.”

‘Dark side of labour markets’

Because workers are afraid to speak up these days, companies are more likely to get away with breaking the rules, says Sylvia Fuller, a University of British Columbia sociology professor whose research centres on “the dark side of labour markets” including insecurity in the workplace.

“There’s an incentive to try and make their bottom line better any way they can, and if that’s on the back of their workers, and they can get away with it, there’s certainly a motivation to do that,” she says.

“The flip side is the workers are particularly vulnerable right now. This isn’t the time that anybody wants to be taking a stand and going out and trying to find a new job because you don’t like what’s happening in your workplace … it’s a perfect storm.”

After hearing from Go Public, Colliers Project Leaders apologized, reversed its plan and offered to give back the vacation days.

The company declined a request for an interview, but in his statement to Go Public, Holtforster said they had “the best of intentions.”

“Despite this … we understand that some employees felt pressured to participate and wound up working during their time-off.

“That is not what was intended, and it is certainly not what is right. We respect our employees’ well-deserved time off,” wrote Holtforster.

He said the company consulted with dozens of staff members beforehand, adding the “initiative” was intended to be a “voluntary effort to preserve jobs” in which more than 90 per cent of staff participated.

One of the workers calls the reversal “damage control.”

“There is no way the vacation hours would be given back until someone started shaking the tree,” the employee said.

Things are still uncertain for workers at Colliers Project Leaders. Employees say they are on pins and needles, waiting to see if the company’s reversal on vacation time will revive the risk of job losses.