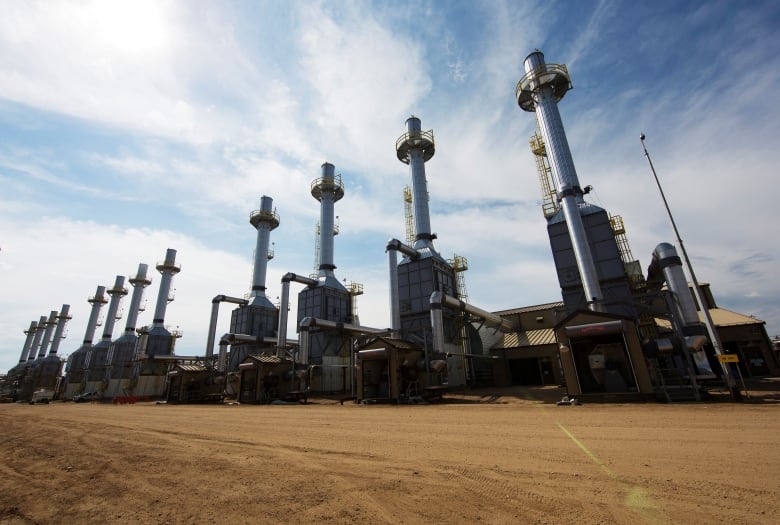 The last time Cenovus Energy swung for the fences with a bold move to vastly expand, the mega-deal was a major flop.

It was more than three years ago when the Calgary company snatched up the majority of ConocoPhillips’ Canadian assets for $17.7 billion.

Investors balked at the acquisition, the price tag, and the sheer amount of debt Cenovus took on to make the purchase. Soon Cenovus’ CEO announced he was heading out the door and the company’s share price had plunged almost 50 per cent since the deal was announced.

Now, Cenovus is again trying to pull off a home run with a $3.8 billion merger with Husky Energy.

After struggling to pull off the last deal, the big question is whether Cenovus can make this ambitious play work as it takes over assets stretching from offshore Newfoundland and Labrador to the waters near China and Indonesia.

While there are parallels to the deal three years ago, this move is also quite different.

This time the players, environment and the acquisition itself are all distinct.

Cenovus CEO Alex Pourbaix will remain as chief executive of the merged company. He took over from Brian Ferguson after the fallout from the ConnocoPhillips deal.

Instead of buying Husky, it’s a merger. Both companies are carrying a relatively hefty amount of debt and that’s why joining forces made financial sense.

While the oilpatch has struggled for many years, this deal is happening in a remarkably unique time in the industry, with many companies bleeding money with historically low oil prices that even turned negative this year.

So far in 2020, Cenovus and Husky shares have lost 63 per cent and 70 per cent of their value, respectively.

“It will allow us to make better returns in a tougher environment, so that’s always always something we need to be looking to do,” said Husky CEO Rob Peabody in an interview, adding it will also be easier to attract investment as a bigger company.

With any ownership change, there will no doubt be concerned employees at both companies wondering whether they will still have a job when the dust settles. Cenovus expects to find savings of $1.2 billion.

The merger also comes during a recent wave of layoffs in the industry and will likely lead to further job losses.

“The downside to that is a lot of the time synergies and efficiencies and cost containment usually means fewer jobs,” said Rory Johnston, managing director and market economist at Price Street in Toronto, who described the deal as “massive announcement” in the sector.

With head offices in the same city, executives already say that’s one area of overlap.

The makeup of the Canadian oilpatch is slated to change yet again, after other major deals in recent years such as CNRL’s blockbuster move for the majority of Shell’s Alberta assets in 2017.

After the Husky deal, Cenovus will be the third largest producer in the country. The merger will also continue the recent trend of Canadian companies buying up a bigger share of the oilsands, which is a repatriation, of sorts.

Hong Kong tycoon Li Ka-shing is the largest shareholder of Husky at about 40 per cent, through his investment company. After the merger, his stake in the new company will be 15.7 per cent.

While the ConocoPhillips deal changed the makeup of Cenovus with the assets it acquired, the addition of Husky could present a more complex makeover.

Cenovus was generally regarded as a pure-play Alberta oil company that rode the roller-coaster of commodity prices. Now, it’s adding much more refining capacity, in addition to branching out into owning gas stations, offshore terminals on the east coast and as far away as the Asia Pacific region.

“It wasn’t hard to convince me that this was an incredibly compelling opportunity,” said Cenovus’ Pourbaix in an interview, pointing to the reduced exposure to heavy oil prices in Alberta and the reduced volatility overall of the new company.

Some Cenovus investors will appreciate the change to a more integrated, stable company, while others will have preferred a more focused firm, according to Rafi Tahmazian with Calgary-based Canoe Financial.

Regardless of their stance, the big question is whether Cenovus can make the merger work. That’s the big risk to investors, employees, and the overall stability of Alberta’s oil and gas sector.

To this point, Cenovus is experienced in the oilsands and conventional oil and gas production, in addition to owning a 50 per cent stake in a pair of U.S. refineries.

However, it has no retail or offshore involvement, let alone experience operating in the Asian market.

“They need to demonstrate their awareness of an area that is uncharted for them,” said Tahmazian.

“They’re going to have to emphasize the asset they bring from Husky [which is] the people that can help them manage that asset.”

It’s not just managing the combination of the two firms, but also making decisions about what areas of business to prioritize and whether to divest any properties or facilities.

“There are a lot of moving parts in this one to watch … because we’ve never seen it all combined and working together right,” said Tahmazian.

One pressing issue is the fate of the White Rose expansion project near Newfoundland and Labrador, which Husky indefinitely halted as part of a wider review last month of its future in the area. The facility was first sanctioned three years ago and was originally supposed to begin producing oil in 2022. Next year’s construction season is already cancelled.

When the merger officially closes next year, the combined company will be worth 23.6 billion, including debt, according to the firms.

After Cenovus’ last big-time deal, the negative reaction from investors was swift and harsh. This time, the response will likely take more time and focus on whether the combined company is capable of pulling so many different properties together and achieve the cost savings being promised.