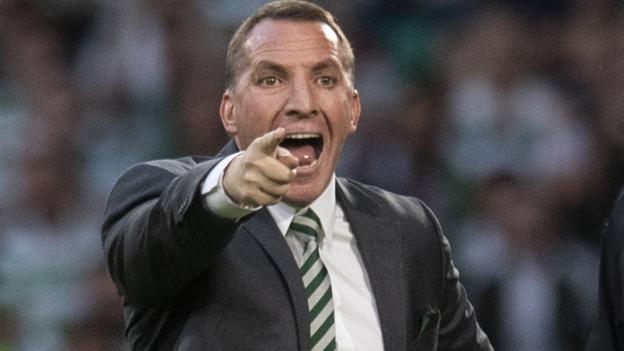 Celtic will face Swedish side Malmo or Hungarian outfit MOL Vidi in the Champions League play-off round if they overcome AEK Athens.

The Scottish champions host AEK in the third qualifying round on Wednesday before the return in Greece next week.

Celtic have reached the group stage in both Brendan Rodgers’ first two seasons in charge, but have to negotiate an extra qualifying round this term.

The Swedish champions, who lost the 1979 European Cup final to Nottingham Forest, also reached the Champions League group stage in the previous 2014-15 season.

Vidi have yet to reach that stage in their two Champions League campaigns so far, falling in the second and third qualifying rounds.

Celtic reached the third qualifying round with a 3-1 aggregate win over Norwegian side Rosenborg.

If Celtic progress to the play-off stage, the first leg will take place on 21/22 August with the return fixture scheduled for 28/29 August.

The winners will qualify for the group stage, with the draw being held in Monaco on Thursday, 30 August.

If Celtic fail to overcome AEK Athens, they will drop into the Europa League play-off round, where they would face either Spartaks Jurmala of Latvia or Lithuanian side Suduva on 23 and 30 August.